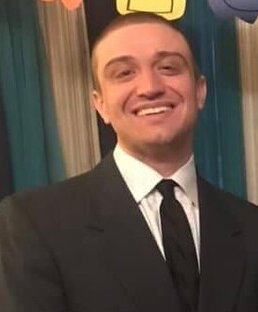 Robert “Robbie” Hatch, a dear son, and loving father, a devoted friend, passed away unexpectedly on July 31stt at the age of 31.

Robbie was born in Winchester, but grew up in Woburn Ma. He graduated from Woburn High. He then worked in family business with his father doing construction. He enjoyed spending time working with his father.

As a kid, Robbie loved exercising his brain and body. He spent time reading and writing music. Robbie also loved martial arts and earned his black belt at an early age.  His favorite leisure activity was playing video games and being silly. Robbie’s family went on some amazing family vacations. He traveled to Disneyworld, Myrtle Beach, California and Louisiana.

Robbie will be remembered for his huge heart. Robbie’s struggle with life gave him the perspective to know that others needed help just as he did. He was always looking out for others, and putting others needs above his own. He loved being there for his family, friends and even strangers, whether they needed help, or just someone to talk to. But most of all he treasured the time he got to spend with his boys.

Robbie was the loving father of Robert Hatch Jr. and Quintin Hatch. Robbie also remained a close friend with the boy’s mother Shannon Timoney. He was the beloved son of Charlene and Robert Charles Grant of Dracut. He is also the devoted brother to Matthew Grant and uncle to Michelle Grant also of Dracut. Robbie was the beloved grandson to Beverly Cockell and her fiancé Louis Nieves of Louisiana, and Maria Rosa Walsh and Dennis Walsh. He was the dear nephew of Christina and her husband Sean Foster Sr., Cynthia Hatch, Edward Walsh, William and Maria Grant, Jennifer Grant, Theresa Walsh-Brink, Christopher Brink, Maria Grant-VanAllen and her husband Eric VanAllen. He was the beloved Godson to Eileen Vartanian and Joseph Lussiano. He is also survived by many cousins and friends whom he loved dearly.

Visiting hours will be held at the Edward V Sullivan Funeral Home, 43 Winn St., Burlington on Friday, August 5, 2022,from 10-12pm. A funeral service will be held at the funeral home at 12pm, followed by a Burial at Woodbrook Cemetery, 100 Salem St, Woburn.