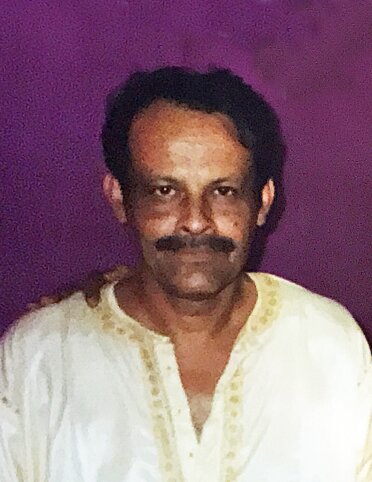 Syamalendu Narayan Chaudhuri passed away on August 7th, 2022, after a long illness.  He was 79 years old. He was one of 11 children born to Lilabati (Roy) and Parbati Narayan Chaudhuri. Syamal was born under British rule in Sirajgunge, undivided India and like many Hindus uprooted to Kolkata with his family during the Partition.   He often talked about losing his home as a child and watching his once wealthy family start over with nothing.  His family went on to do well. He was always proud of them. For the rest of his life, he spent money as if it were water, never on himself, but on his loved ones. Money meant nothing to him. His loved ones meant everything to him.

As a teenager the neighborhood children would love it when he would take them to school because he would buy them candy. This type of generosity was lavished on his friends, family, and co-workers, or anyone who needed it when he happened to have money in his pocket.

Syamal was also a naturally gifted politician. At a very young age he won an elected post in Kolkata. Politics were dangerous in this nascent period of post Partition India. Syamal got on the wrong side of the ruling communist party in West Bengal. His cousin was killed for political reasons. Syamal was working at Metcalf and Eddy in Kolkata at the time. Fearing for his welfare, his mother urged him to go to America when a job opened up in their American branch.

Syamal met the love of his life in March of 1971 while vacationing on Martha’s Vineyard.  He married Patricia Backus in 1974, when she was 19 and he was 31 years old. Syamal’s father wanted him to be a doctor which he was not inclined to do.  So, he did the next best thing and encouraged Patricia to become one. He supported her and became the primary caretaker for their children while she studied.

Syamal and Patricia had two children, Ananda and Anamika. He was a loving father who would do anything for his children. When money was tight, he got a second job waking up at 4am to deliver newspapers. He loved cooking for his family and was rightfully proud of his braised lamb. It was delicious!  He helped his children have a much easier life than he had.

Syamal loved throwing lavish parties. He did so for his wife’s and daughter’s graduations from medical school and his son’s graduation from Law school.  He hosted Thanksgivings in his 3-bedroom ranch in Burlington for an average of 50 people. He did it by moving all the furniture out of the living room and onto the porch and then setting up folding tables and chairs end to end in the living room. Friends, relatives, and anyone who had nowhere else to go, were all invited.

Syamal became Burlington's Town Engineer in May,1984 and then went on to become the town's DPW Superintendent in October, 1986 until his retirement in December, 2006. He greatly enjoyed his job as DPW Superintendent and became close friends with his co-workers. When it snowed, he loved to put on a baseball cap and stay out late with the guys plowing to give them moral support. As the work progressed, he would turn the cap to mark their progression: sideways to the right for 1/4 done, backwards for halfway done, sideways to the left for 3/4 done, and forward when finished.

After he retired, he and his wife lived together in Chester, NH.

Syamal loved animals.  In New Hampshire, he raised ducklings just because he liked ducklings. He also tended to geese, chickens, and goats. When it came time to find homes for the ducks, he vetted the prospective takers carefully to ensure the ducks were not destined for a restaurant. His wife kept horses on the property.  He loved to call to his wife’s horse Max.  Max would come galloping across the paddock when he called to receive a carrot from him. His favorite animals were his dogs. They included Bobo, Stumpy, Agnes, and Buddy.

Syamal was a proud and yet unpretentious, generous, loving man. His big heart, loving and caring nature, his compassion and generosity have endeared him to family, friends, and all those who came in touch with him. He will be missed by friends and family in the US and India.

In lieu of flowers, memorials in Syamalendu’s name can be made to Nevins Farm at http://www.mspca.org/nevinsgift

Sponsor Shyan Bhattacherya in the Walk for Alzheimer’s at https://www.act.alz.org

A visitation will be held at the Edward V. Sullivan Funeral Home, 43 Winn Street, Burlington, MA 01803, on Monday, August 22, from 11am - 1pm. Service will include speeches remembering Syamal at Noon.  Burial will be private.

Family and friends are invited to gather at the Café Escadrille, 26 Cambridge St., Burlington at 1:30pm for a celebration of Syamal’s life.

Share Your Memory of
Syamalendu
Upload Your Memory View All Memories
Be the first to upload a memory!
Share A Memory