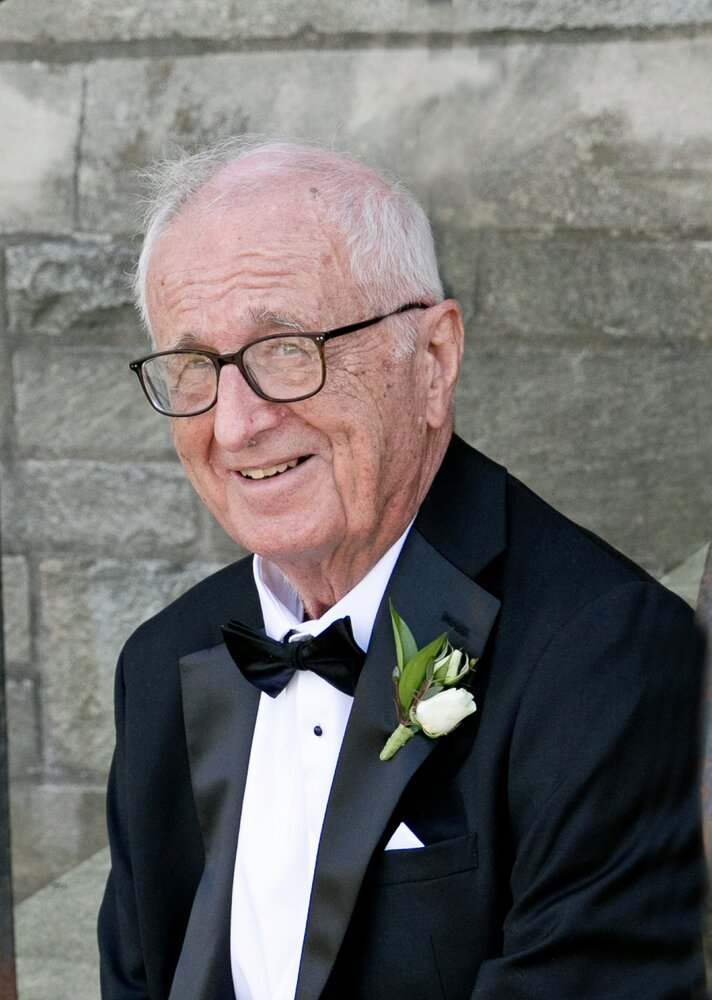 LINK to livestream of funeral

Clicking on the link (above) will bring you to our facebook page (sign in is NOT required).  A livestream of the funeral mass will begin a few minutes before 10am on Friday, August 19th.

Robert P. Rudis, Sr., a well-respected electrical engineer in the field of airplane wake vortex, passed away after an extended illness on Monday afternoon, August 15, 2022.  He was 86 years old.  Bob was born in Methuen, Massachusetts.  He was one of 3 children and the only son born to Joseph and Amelia Rudis.  He grew up in Methuen and was a graduate of Tenney High School.  He then enlisted in the Army during the Korean War.  He served from August of 1953 to August of 1956.  He held the rank of Corporal and was attached to the 560th Ordinance Detachment.  He was the recipient of the National Defense Service Medal and Good Conduct Medal.  He returned home and furthered his education earning his degree in Electrical Engineering at Boston University.  He married his wife, Bernice, on October 1, 1960, and they lived in Somerville for 10 years before moving to Burlington in 1970.

Bob had a very accomplished career in electrical engineering.  He started in AVCO in Wilmington.  He then went to work with the US Department of Transportation where he specialized in wind shears and airplane wake vortex, which is the airflow created from airplanes in flight.  He helped develop safety equipment and standards used at airports to keep planes and passengers safe during take offs and landings.  He was named on numerous patents, contributed to numerous research papers, and received awards for his work in the field.  He had a keen ability to look at a problem from many different perspectives, analyze the data, look at the variables, and come up with a solution that made sense and was achievable.  He contributed to studies and research projects such as “Robust Airport Wake Vortex Sensor”, “Acoustic Imaging of Aircraft Wake Vortex Dynamics”, and “Increased Capacity Through Safe Reduction of Existing Wake Turbulence”.  It was all highly technical data, but in simple terms, Bob made flying safer for all!

Bob used his work style and methods in his daily life as well.  He did his own carpentry, electrical, plumbing, and masonry work.   He was of the mindset that why should he hire someone when he could do it himself.  Working on his home was more than a hobby, it was an obsession that never ended.  He was a bit of a perfectionist.  There wasn’t anything in his house that he didn’t improve or rebuild over the past 5 decades.  He did bathrooms, kitchens, additions, rock walls, exterior projects, basements makeovers, and landscaping.  He often disappeared to his backyard workshop where he schemed his next project. When he wasn’t working on his own project, he would be at his children’s homes with all his tools and 2 coffees ready to lend a helping hand, teach a new skill, and give some practical advice.  When his children were young, each summer he put together an above ground pool and each winter build a skating rink in that same location.  He could be found late at night in the middle of winter skating on the rink in the crisp cold evening. His children and their friends were the beneficiaries of his hard work.   He always made time for his family.  He coached Burlington Pop Warner Football leading the Muskets to a championship and also served on the Board of Directors.  There were summer vacations spent on the shores of Salisbury, Plymouth, and Cape Cod.  For such a technical guy, he loved going to Disney World with his children and later his grandchildren.  He enjoyed the Disney characters (Snow White, Jiminy Cricket, Grumpy, Buzz Lightyear, just to name a few) and the thrill of the rides, but in the back of his mind was figuring out all the logistics, equipment, and design that made everything work.  He wasn’t one for big speeches or overly sentimental words because his actions spoke louder than words.  He was always there for his children and grandchildren.  He was so proud of all his family, their accomplishments, ability to overcome adversity, and loved them with all his being.

Bob was the beloved husband of 62 years of Bernice M. (Hayden) Rudis. He was the loving father of Sandra Krieg & her husband John of Westford, Robert P. Rudis, Jr. of Andover, and Michael Rudis & his wife Lorrie of Merrimack, NH. He was the brother of Regina Brown of Haverhill and Suzanne Craig of Haverhill.  He was the proud grandfather or “Dieda” of Julie Elcock & her husband Tucker, John Krieg & his wife Hayley Paret, Karen Krieg, Robert Krieg, Nikole Rudis, Molly Rudis, Emalie Rudis, LJ Berube, Justin Berube, and Kyle Berube. He was the great grandfather of John Krieg.