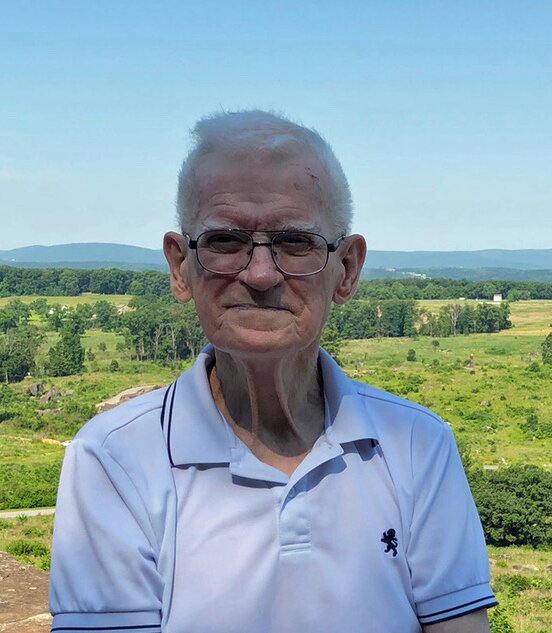 Edward D. Fitzgibbon passed away at the Winchester Nursing and Rehabilitation Center on Thursday, August 18, 2022.  The beloved husband of Jeannette (LaRosee) he was 86 years old.

Edward was born in Boston.  He was raised and educated in Brighton. He was one of 10 children born to Irish Immigrants the late John and Julia Fitzgibbon.  Edward served his country in the United States Army from 1958 to 1960.  After the Army he went on to have a career that spanned over 40 years at Raytheon.  It was while working at Raytheon in Waltham that he would meet his future wife, Jeannette LaRosee.  They married on July 5, 1969.  They lived in Hudson for a period but eventually moved to Burlington in 1976 to be closer to his job at Raytheon.

Edward loved his family and was a homebody.  He loved to cook and bake and made amazing cakes, cookies and was known for his famous apple pies during the holidays.  As a family they enjoyed summer vacations at the Oceanside Hotel in Dennis Port on Cape Cod.  Edward was a Boston sports fan and had season tickets to the Bruins for several years. One of his most memorable trips was to the Baseball Hall of Fame in Cooperstown with his son Albert.  He was so excited to have his picture taken in front of his idle Ted William’s plaques!  Edward and Jeannette enjoyed their daily visits to “Center Dunks” where they would enjoy a cup of coffee and chat with their friends.  Edward was a devout Catholic and he and Jeannette were longtime members of St. Margaret’s Church and attended the 4:30 Mass every Saturday.

Edward was devoted to his wife Jeannette who had been in the Winchester Nursing home for 7 years.  He visited her frequently and would sit with her and just hold her hand.  In recent years, as his health began to decline, he was also at Winchester Nursing Home.    Edward and Jeannette were blessed to have two wonderful sons, Albert and Brian, who were totally devoted to their parents.  Edward will be remembered as a quiet, humble, gentle man who was respectful to everyone he met.

Edward was the beloved husband of Jeannette (LaRosee).  He was the and proud father of Albert D. & Brian E. of Burlington.  Brother of Catherine McIver of NH, Sheila Fuller of Groveland, Eileen Allen of Bedford and the late Nora Powers, Thomas, John, Clarence “Buddy”, Mary & Joan Fitzgibbon.   Also survived by many loving nieces and nephews.  Visiting hours will be held at the Edward V Sullivan Funeral Home, 43 Winn St., Burlington on Tuesday, Aug. 23 from 4-7 p.m.  Funeral from the Funeral Home on Wednesday, Aug. 24 at 9 a.m.  Followed by a Mass of Christian Burial at St. Margaret Church, in St. Veronica Parish, 111 Winn St., Burlington at 10 a.m.  Services will conclude with burial in Mt. Benedict Cemetery, West Roxbury.  Memorials in Ed’s name may be made to Winchester Rehab & Nursing Center Activity Fund, 223 Swanton St., Winchester, MA 01890