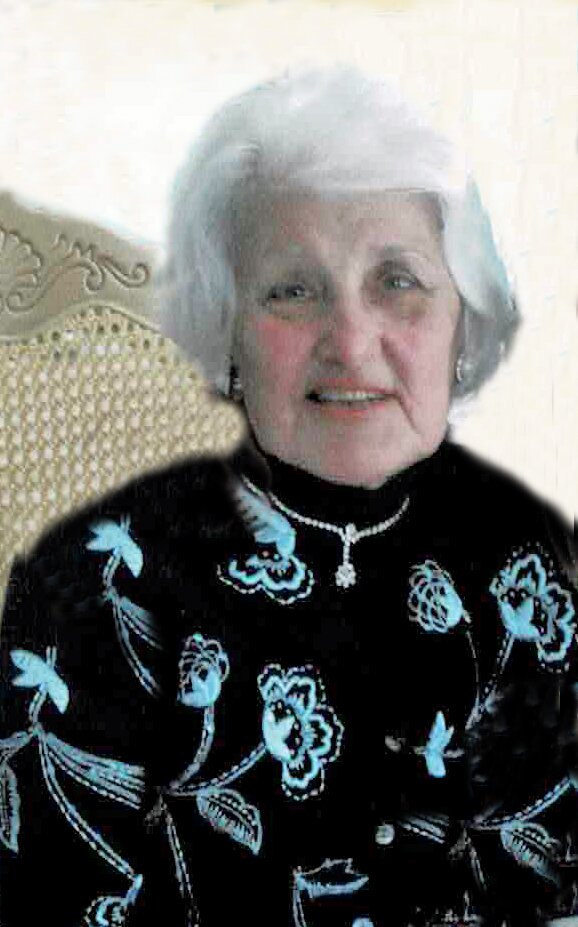 Ezaura (Gouveia) Silva, a kind and gentle woman who was devoted to her family, passed away at her home with her son and daughter-in-law by her side, on Wednesday, August 31, 2022. The beloved wife of the late Jose Martins Silva, she was 94 years old.

Ezaura was born, raised and educated in East Cambridge. She was one of six children born of Portuguese immigrants the late Maxmiano and Narciza Gouveia. In her early years Ezaura volunteered for the USO during the war. She would send letters to soldiers to help prevent them from being homesick and attend local USO dances.  Ezaura worked at Cuneo Press, a printing company in Cambridge. It was through a coworker that she would meet Jose Silva, who was from Portugal and visiting family in the states. They married and settled in Arlington where they would raise their son Joey.  Ezaura’s life totally revolved around her family. She had an extremely close relationship with her mother, father, and siblings growing up and throughout her life. When her son Joey was young vacations were spent visiting family in Portugal, Venezuela, New Hampshire, and Falmouth.

Ezaura was overjoyed when Joe married his wife Joanne, and she was blessed with her two beautiful grandchildren, Dominique and Joey. Ezaura was a daily part of their lives babysitting, helping to care for them and just enjoying time together as a family. Vacations in later years for Ezaura and Jose were spent with Joe, Joanne and the children with trips to Aruba and New Hampshire and various other places, as well as traveling after Jose’s retirement with a group of friends all over the world and the US on cruises and air travel.  Ezaura was a thoughtful woman who never wanted anything for herself and always

put the needs of others ahead of her own. She always saw the good in people and did not judge. She loved to take pictures and captured all the special moments that happened in her family and extended family. She was known for always sending cards to all her nieces, nephews and in later years their children. Ezaura would always include one of her snapshots that was connected to a special event she spent with them.  Ezaura’s son Joey was her everything. She made sure he did not want for anything

growing up and he was her everything and they had an extremely close relationship. In recent years Joey and Joanne opened their home to Ezaura and Jose. Joey returned the love to his mom and as her health began to decline, he was there for her every minute of every day taking care of her and making sure her needs were met.

Ezaura was the beloved wife of the late Jose Martins Silva. Loving and devoted mother of Joseph Silva, Jr. and his wife Joanne of Wilmington. Proud grandmother of Dominique and Joseph, III of Wilmington. Sister of Laura Freitas of Peabody, Josephine Robinson of Woburn, Joe Gouveia and his wife Maryanne of Tewksbury and the late John and Max Gouveia as well as her late brother-in-law’s Anthony Freitas and Jack Robinson.   Also survived by many loving nieces, nephews and friends.   A Mass of Christian Burial will be held in St. Eulalia Parish, 50 Ridge St., Winchester, www.sainteulalia.org, on Tuesday, Sept. 6 at 10 a.m. Relatives and friends respectfully invited to attend. Burial will be private. In lieu of flowers memorials in Ezaura’s name may be made to St. Jude Children’s Research Hospital, www.stjude.org

Share Your Memory of
Ezaura
Upload Your Memory View All Memories
Be the first to upload a memory!
Share A Memory