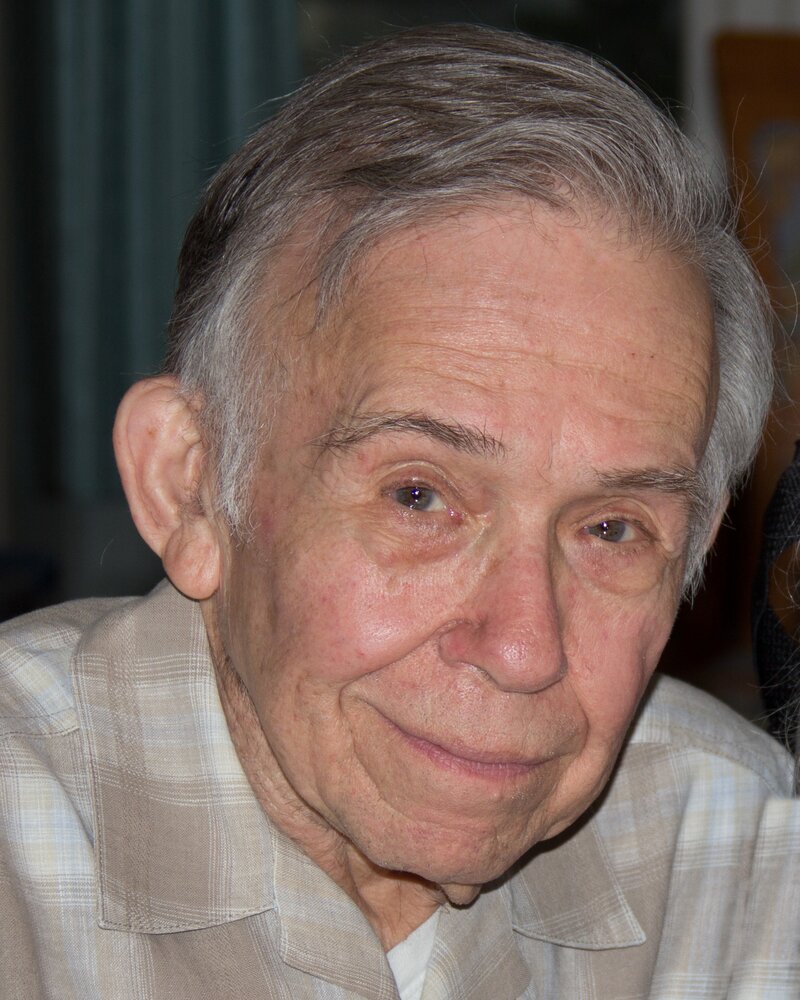 Richard Linder, beloved husband of the late Phyllis Linder, passed away on August 19, 2022 at the age of 87.

Richard was born in Boston, the son of Sally Linder and Leroy Gerson and adopted by Al Linder.  He grew up in Dorchester, was educated in Boston, and earned his Associates Degree from Northeastern University.  Richard also served in the Air Force and was 1st Lieutenant for 6 years.

Richard first met Phyllis in a carpool with other Northeastern students.  When it came to decide the radio station to be played in the car, both requested the classical music station.  They might not have won the battle for the car radio station, but they found each other.  Their first date was to the Boston Symphony.  Richard married Phyllis when he was 24 years old. Over their 59 years of marriage, they continued their tradition of Friday night dates to the Boston Symphony, Pops, and many operas.

Richard’s love of music and technology led him to several other hobbies.  He was an avid photographer mastering high speed photography and as a young man learned to capture images of bullets speeding through bottles of colored water and TV tubes.  He was also a HAM radio operator with his college buddies.  In the late sixties, Richard and the Eastern Mass Chapter of the American Theater Organ Society (EMCATOS) rescued the Loew’s State Theatre Wurlitzer pipe organ, restored it in Babson College, and continued its maintenance through the decades.  Richard was so fascinated with the Van de Graaff generator, he built two of them from scratch, and would put on his wizard hat, and do demonstrations for the Burlington Public Schools.  In his spare time, Richard loved playing the organ whether it be the mighty Wurlitzer, the virtual organ he built, or his keyboard.

Family and friends are invited to attend a Columbarium service at Pine Haven Cemetery, 84 Bedford St., Burlington on Saturday, Oct. 22 at 11:00 a.m.

Memorials in Richard’s name may be made to the American Theatre Organ Society at https://www.atos.org/donations.