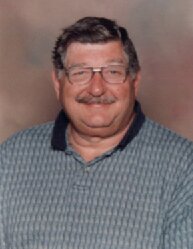 Clicking on the link (above) will bring you to our facebook page (sign-in is NOT required).  A live-stream of the funeral service will begin shortly before 11am on Saturday, September 17th.

William “Bill” Parker Whiteman Sr. passed away on August 30th, 2022. Bill was born in Bridgeport CT, and grew up in Burlington MA. Bill graduated from Burlington High School in 1958. After graduating from high school, Bill joined the Marines.

On New Year’s Day in 1962, Bill was attending a party at a friend’s house, the Kempers. Bill met Mary at this party, and they were married just 9 months later at St. Anthony’s in Allston. Bill and Mary built a life together through a love of traveling and camping. The two would travel all around Maine exploring different campsites. They set their home base as Sea-Vu West Resort RV Park and Campground in Wells, Maine. Together, they camped there for 47 years! Bill and Mary also loved spending time at their home in Punta Gorda, Florida.

Bill earned a living on the road, as a truck driver. He drove all over for many different companies. His last employer was Newspress before he retired just 7 years ago. When Bill wasn’t on the road or camping, he loved watching all sports. While his obvious favorites are the New England sports teams, the Patriots, Red Sox, Bruins and Celtics, but Bill loved watching ANY sports. If it qualified as a sport, Bill watched it.

Bill will be remembered as a teddy bear. He stood at 6 - 4 and 3 quarters, which was certainly intimidating, but on the inside, he was a big softy. Some of his younger nieces and nephews were a little scared of just how big Bill was, but they all grew to love him and cherish the time they had with him.

WIllam Parker Whiteman Sr. was the loving husband to Mary Whiteman of Punta Gorda. Bill was the proud father to William P. Whiteman Jr. of Wells, ME and the late Patricia Mae Whiteman. Bill was the dear brother to Carol Mills of North Billerica, Beverly & the late David Hansen of South Carolina, Susan & Dana DiMarzo of Winchester, and the late Patricia Whiteman. Bill is survived by many nieces and nephews.

In lieu of flowers, donations in Bill’s memory, may be made to a charity of your choice.

Share Your Memory of
Bill
Upload Your Memory View All Memories
Be the first to upload a memory!
Share A Memory