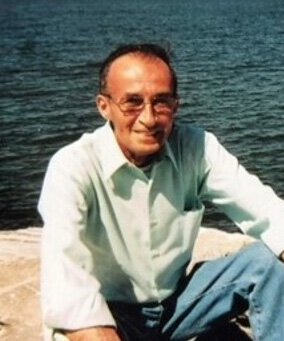 Charles, E. O’Neill passed away on Wednesday night, September 7, 2022.  He was 84 years old.  Charlie was born in Boston.  He was one of five children born to John and Delia O’Neill.  He had a wonderful childhood growing up in Charlestown.   He was a graduate of Boston Trade School.  He served in the Air Force Reserves after high school and was called to active duty at the age of 19.   He was stationed 22344th Air Reserve Flying Center where he serviced and repaired aircraft.  He finished his service and returned to Charlestown.   He joined the Pipe Fitters Union, Local 537.  He spent the last portion of his career working for Limbach Company.  He worked on big and small projects all over the Boston area.  He liked his worked, had great coworkers, and his talents and work ethic were deeply appreciated by those he worked for.

Charlie was a genuine and sincere individual.  He never wanted to be the center of attention at a gathering.  Rather, he was the person who you could sit with and talk for hours.  He was interested in you and your family.  He was happy to go with the flow and always wanted to be supportive to his family and friends.  He was a member of the American Legion and Burlington and the Woburn Moose.  He had great neighbors and friends.  He would spend hours with his friends Bob Richard and Bob Glover drinking coffee, working on projects, and talking everything.  He was a good friend to many others as well.

Charlie had values and placed his immediate and extended family always first.  He always worked extra hours to give his family some the little extras that he went without as a child.  He was one of the first in the neighborhood to have a built-in pool was a favorite for all his family, friends, and son’s friends.  There were family trips to Disney world, Aruba, Florida, and numerous other memorable destinations.  He was a loving and supportive husband to his wife Ann for 55 years.  She was his entire world.  He was so proud of his sons and was always there to encourage, support, and assist them in all there needs.  He gave them a loving home to grow up in and kept his father son bond strong.  He was thrilled to be a grandfather and then a great grandfather.  Charlie was also the one that other family members relied upon as well.  He always did the right thing and always placed others first.  He was a great man with a kind heart and he will be lovingly remembered by all his family and friends.

Charlie was the beloved husband of 55 years of the late Ann M. (Stott) O’Neill. He was the caring father of Mark O’Neill of Woburn and the late Charles E. O’Neill, Jr. Brother of Maureen Gibbons of MD, Karen Jewkes of OR Helen Blasko of IN, and the late John O’Neill, Jr. Proud grandfather of Kevin of Billerica, Kaitlyn of Billerica, Matthew of Reading, Joseph of Salem, and Jessica of Reading.  Great grandfather of Brady.  Visiting hours will be held at the Edward V. Sullivan Funeral Home, 43 Winn St., Burlington on Monday, Sept. 12 from 4-7 p.m. Funeral from the Sullivan Funeral Home on Tuesday, Sept. 13 at 9 a.m. Followed by a Funeral Mass at St. Margaret Church in St. Veronica Parish, www.stveronicama.org, 111 Winn St., Burlington at 10 a.m.

Share Your Memory of
Charles
Upload Your Memory View All Memories
Be the first to upload a memory!
Share A Memory