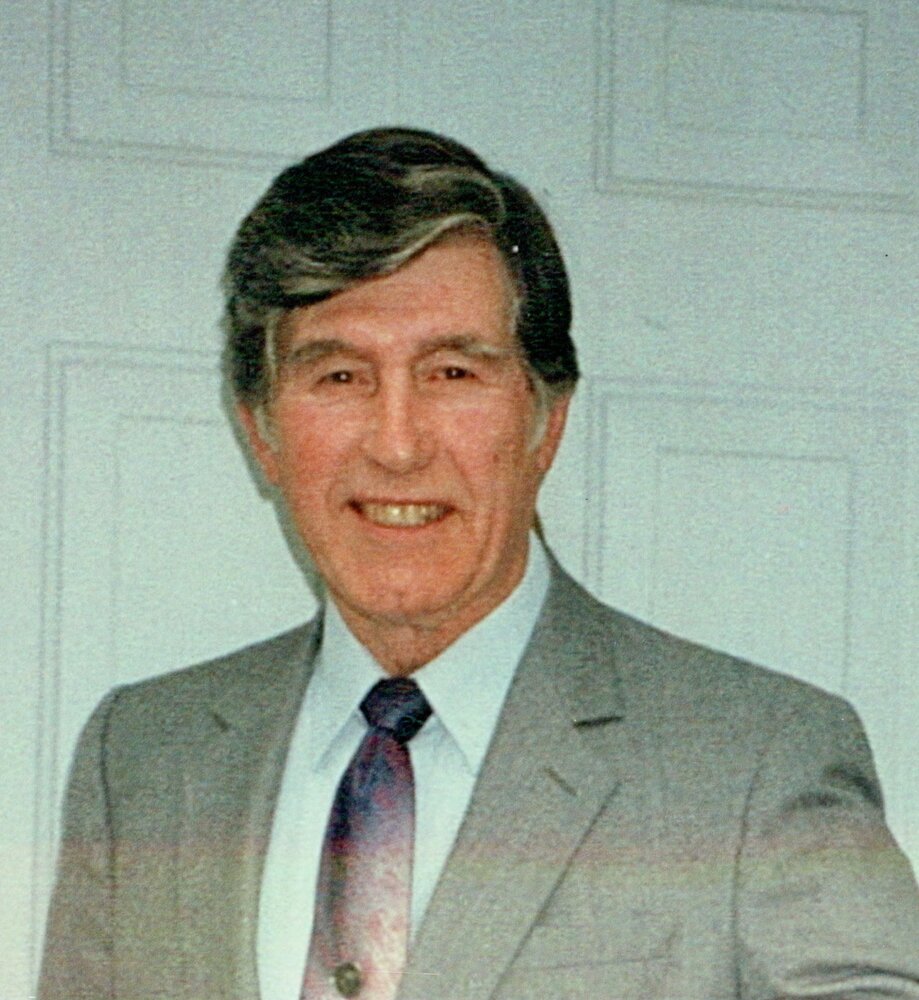 Clicking on the link (above) will bring you to our facebook page (sign-in is NOT required).  A live-stream of the funeral service will begin shortly before 11am on Saturday, September 17th.

William Leander Whiteman, a man devoted to his faith, passed away at his home, at the age of 103, on September 5,2022.

Bill was born in Bridgeport, Connecticut.  He was the son of the late William and Sarah Whiteman.  He was raised in Connecticut.  After school he served his country in the United States Army during World War II.  After the service he came to Massachusetts to attend Gordan College and decided to stay in Mass and settled in Burlington in 1955.  Bill had a strong work ethic and worked as a Purchasing Agent for W. R. Grace for over 30 years.

Bill’s faith was an important part of his life.  He was the Pastor at the United Church of Christ in Burlington and Pastor of the Grace Baptist Church in Roxbury.  He loved to sing and had an incredible voice.  Whatever church he was affiliated with he made sure he was a member of the choir.  Everywhere Bill went his Bible would be by his side.

Bill loved to read and was a bit of a history buff.  His hobbies included wood carving and painting.   Bill was a member of the Masons in Burlington.  He had a giving nature, was an outgoing person and was always looking to help others – which made his role as Pastor so perfect for him.   Bill lived an amazing life, touched many lives and would have celebrated his 104th birthday on November 19th.

Bill was the beloved husband of the late Lillian (Chojnacki).  He was the father of Beverly Hansen & her late husband David of South Carolina, Carol Mills of North Billerica, Susan DiMarzo & her husband Dana of Winchester and the late Patricia Whiteman and the late Bill Whiteman & his wife Mary of Florida and Maine.   Stepfather of Donald, Gary, and Randy McCabe.  Proud grandfather of Christina Faulkner, Donna Lee, David Hansen, William P. Whiteman, Jr. the late Patricia Mae Whiteman, Brett DiMarzo & Alyssa DiMarzo.  Step-grandfather of Colin and Ryan.  Bill is also survived by many great grandchildren.

A visitation will be held for Bill and his son Bill, who passed away on August 30th, at the Edward V Sullivan Funeral Home, 43 Winn St., Burlington on Saturday, Sept. 17 from 9 a.m. – 11am, concluding with a funeral service at 11am.  Burial for his son, Bill, will follow at Chestnut Hill Cemetery in Burlington..Bill will be buried, with his wife Lillian, in Harwich at a later date.

In lieu of flowers, memorials in Bill’s name, may be made to Hospice and Palliative Care Federation of MA.