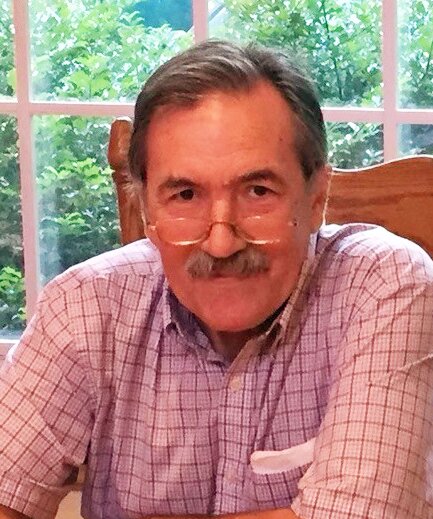 John “Yanni” Stathoulopoulos, owner of The Town Hall Restaurant in Arlington for over 20 years, passed away in a traffic accident on Thursday afternoon, September 15, 2022.  He was 75 years old.  John was born in Greece to Nikolaos and Efstathia Stathoulopoulos.  He and his sister Katina grew up and were educated in Kalamata, Greece.  People often romanticize about love at first sight, but it was true for John.  Their story began when his future wife, Donna, went on vacation with her parents to Greece from the United States in 1970.  The couple met, the romance was instant, and they were married 2 weeks later.  It was a leap of love.  The best part was that the couple were happily married for 47 years.  John and Donna started their life together in Greece where John served in the Greek army.  After 2 children, they came to the United States, settled in Cambridge, and had a 3rd child.  They moved to Melrose in 1981 and stayed there until 2015.  He has resided in Woburn for the past 7 years.

John had an incredible work ethic.  He worked as a cook and bartender at the Stephen James House in Porter Square for over 10 years.  He then decided to go out on his own, buying the Town Hall Restaurant on Mass Ave. in Arlington in 1986.  He and Donna ran the business until 2007 when they retired.  They made an entertaining duo with lots of commotion and animated conversations, mixed in with lots of love. He always served the best meals at a fair price and patrons always raved about his omelets, French toast, and steak and cheese.  He enjoyed joking with his regular customers from behind his counter.   At times, all his children worked along side him.  As a father, he wanted to instill upon his children the importance of education and hard work to be successful at whatever they chose to do.  He wanted to raise them to be strong, responsible adults.  When he became a grandfather or “Pappou”, his children couldn’t believe this was the same man. He was more relaxed on rules, more doting, talked about his childhood, and more playful.  He was always up for a game of cards or backgammon.  John liked to putter around the garden, growing tomatoes or whatever flowers Donna liked that season.  Donna’s brother, Nick, took John to his first baseball game, Game 5 of the 1975 World Series, when Carlton Fiske waived and willed a walk off homerun.  That one moment made him a Red Sox fan for the rest of his life.  He and Donna loved spending the day at Nahant Beach, first with their children and maybe even more when they could show off their grandchildren.  Family vacations were often spent on Cape Cod.  He and Donna also enjoyed going to Aruba.  His last big trip was in 2017 when he returned to Greece and was able to visit with family and reconnect with childhood friends.  He was so proud of his Greek heritage, the food, and its history.  John lived the American dream.  He came with nothing but a loving family.  Through hard work, he owned his own business and gave his children the strong values, education, and opportunities to be even more successful.

Visiting Hours will be held at the Edward V. Sullivan Funeral Home, 43 Winn Street, BURLINGTON, on Monday, September 19, from 4-7 p.m. The interment will be private. Memorials in John's name may be made to the MGH Fund https://giving.massgeneral.org/where-to-give/the-mgh-fund