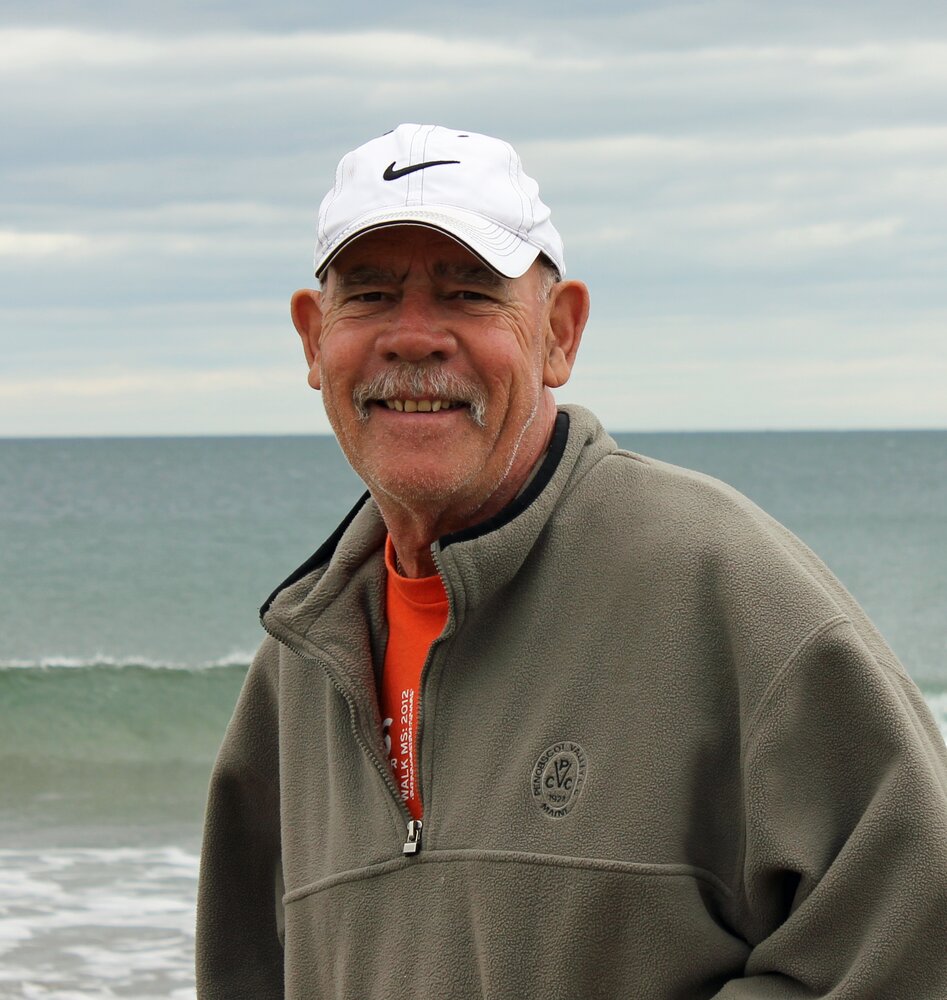 Robin L. Latham passed away at the Lahey Hospital & Medical Center on Tuesday, September 27, 2022. The beloved husband of Lynn Bartlett, he was 70 years old.

Robin was born, raised and educated in Hudson Falls, New York. He was the son of the late Robert and Marie Latham.  After graduation from high school Robin went on to serve his country in the United States Navy. He served on the USS Intrepid and the USS Nimitz aircraft carriers and other duty stations including Puerto Rico, San Diego and Norfolk, VA.  On two separate occasions he was awarded the Good Conduct Medal.  Robin served from 1970 to 1979.  After his service, he continued his dedication to the Navy and served in the Naval Reserves for two years. Robin was very proud of his service to his country.

After leaving the navy, Robin worked as an Engineer for Western Electric and AT&T divisions and subsidiaries for over 27 years.  He retired in February of 2010.  Robin was an avid golfer and was a member of the Estero Country Club in Florida where he enjoyed golfing with his many friends and family who came to visit, especially his brother Irv.  He was also an avid skier, a passion he shared with his two sons Mark and Keith.  As a family they took numerous ski trips to Colorado, so many in fact, that Mark and Keith settled there with their families.   Robin was blessed to see the birth of his two grandchildren Ashley and Dylan whom he adored!

Robin and Lynn had a wonderful 24 years together, married for 17 of those. They enjoyed splitting their time between their homes in Rome, Maine and Estero, Florida.  Summers in Maine were spent on and in the lake. Robin enjoyed swimming, snorkeling and boating.  He will be remembered as a quiet man with a good sense of humor who had great love for his family.

Robin was the beloved husband of Lynn Bartlett. Loving and proud father of Keith Latham & his wife Jennifer of CO and Mark Latham and Jill Peters of CO.  Devoted grandfather of Dylan Latham and Ashley Moore.  Brother of Irving Latham & his wife Rosanne of WI, Jayne Pratt & her husband Daniel of VT and Sheryl Baggenstoss & her husband Scott of VT and uncle of many nieces and nephews.  He leaves many dear friends.  Funeral services were private and a celebration of life for family and friends will occur at some time in the future.

Memorials in Robin’s name may be made to any of the charities in southwest Florida benefitting victims of Hurricane Ian.

Share Your Memory of
Robin
Upload Your Memory View All Memories
Be the first to upload a memory!
Share A Memory