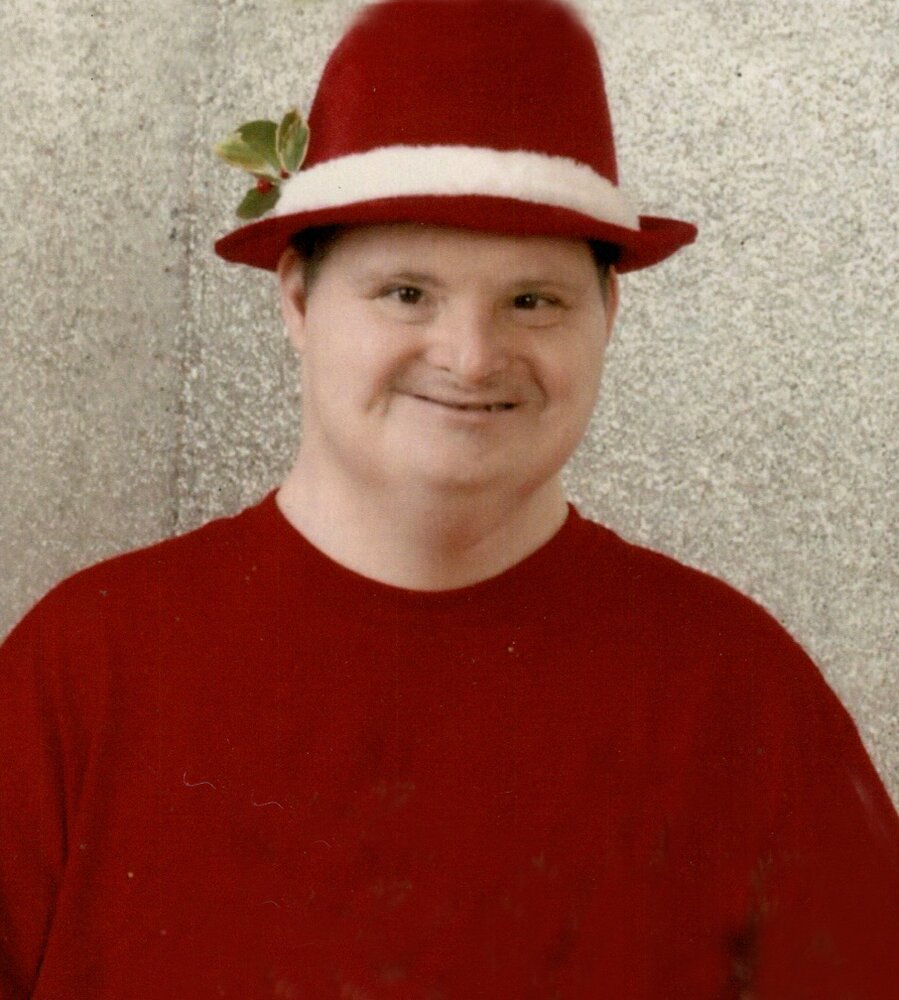 Edward F. “Eddie” Murphy, Jr., a man that brought incredible happiness to his family’s life, passed away at his home in Burlington on Tuesday evening, Oct. 4, 2022.  Eddie was 56 years old.

Eddie was born in St. Elizabeth Medical Center in Brighton on February 21, 1966, with Downe Syndrome.  He was the greatest joy from the day he was born.  Everything he did and accomplished was a gift to his family.   He was a student at NuPath in Woburn and graduated from the Labb Program at Lexington High School.    His graduation day was a proud day for his parents.  Eddie dressed in a tux and road to his graduation in a limo!

Eddie was a true “Soap Opera” fan. He watched General Hospital & All My Children and never missed an episode. He was truly vested in the lives of all the characters on the shows and would send weekly letters with his plot ideas for the episodes to ABC.  Eddie and his family attended ABC’s Super Soap Weekend at Disney on four separate occasions.  It was truly a special trip for Eddie as he would meet all his favorite stars.

Eddie’s family made sure he had the perfect life.  Eddie got to celebrate his birthday two times a year – once in February and again in the summer so he could have his birthday pool party.  His dad took the garage in their home and made it a truly special living space for Eddie with large windows and all the comforts that he needed.  Eddie was a huge “Elvis Fan.”  He had a special Elvis jacket, a copy of every movie Elvis ever made, as well as all of his records.   Eddie loved anything to do with the 50’s and 60’s.  He was a Happy Days fan, the “Fonz” was his hero.  He loved to dance to Elvis and other songs from that generation.  Eddie was a fancy dancer and had all the great moves!

Eddie had a special woman in his life for many years, Meagan Mulcahy.  They enjoyed each other’s company with dates to the movies or just spending time at home watching their favorite television shows. Eddie participated in Special Olympics throughout his life.  His specialty was track and he proudly won the Honeywell Award of $3,000 at one of the events.

Eddie’s death leaves his family with a huge void in their lives.   As his sister Jeannie said, “The world would be a better place with more people like Eddie in it.”

Visiting hours will be held at the Edward V Sullivan Funeral Home, 43 Winn St., Burlington on Sunday, Oct. 9 from 3:30 -6:30pm. Funeral from the funeral home on Monday, Oct. 10 at 9am.  Followed by a Mass of Christian Burial in St. Theresa Church, in St. Matthew the Evangelist Parish, 466 Boston Road, Billerica at 10am.   Interment to follow in Pine Haven Cemetery, Burlington.