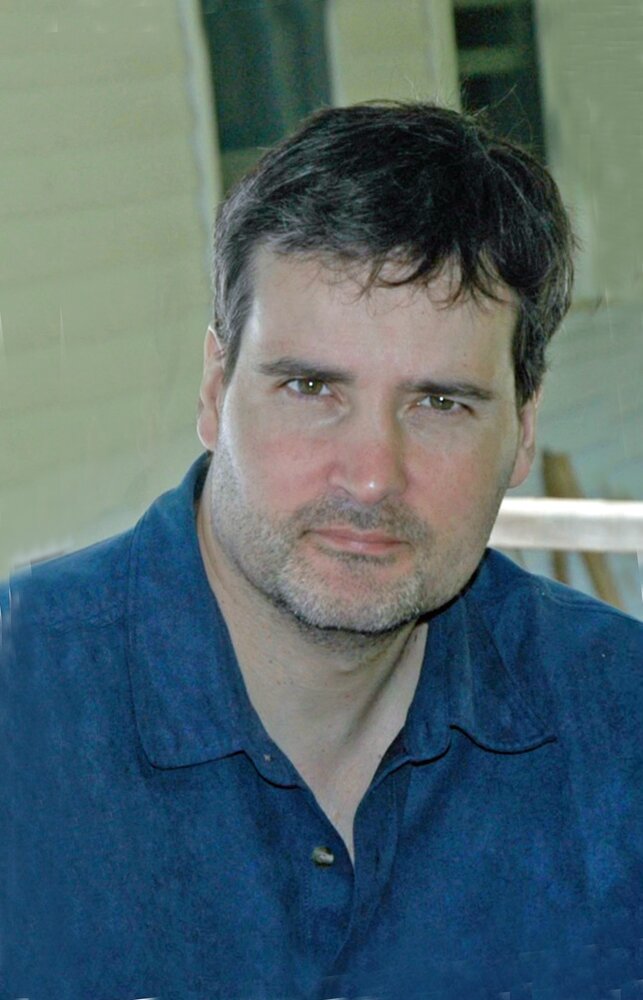 Clicking on the link (above) will bring you to our facebook page (sign-in is NOT required).  A live-stream of the funeral mass will begin shortly before 10am on Monday, October 17.

Brian J. Holland, a beloved son, brother, uncle and friend passed away on October 6th. We lost a great one.  Brian was one of four children, was the only son born to Noel Joseph Holland and Aenea Marie (Casey) Holland. He passed peacefully after a long fight with pneumonia, he was 59 years old.  Born in Brighton, MA, Brian was a lifelong resident of Burlington. Throughout his life, he was very humble, giving and never wanted to be the center of attention. Brian was effortlessly intelligent and an excellent student. No one considered him a book worm, so it came to surprise many that he was the Salutatorian, ranking second in his Class of 1981. He furthered his education by earning his Electrical Engineering degree from Tufts University. It was at MITRE Corporation in Bedford, MA where Brian began his career. A Principal Engineer, who is remembered for the caliber of his technical contributions. Brian’s physical challenges never slowed him down. He made lifetime friends at MITRE who he cherished immensely, and he was extremely grateful to all of those at MITRE who supported him.

Brian was a person who continually grew and flourished over his lifetime.  A motorcycle accident at the age of 21 paralyzed him from the chest down.  It was just one event in his life, and it was not going to define who he was.  He was fiercely independent, spiritual, and always optimistic. He was an avid Patriots and Bruins fan who looked forward to watching with his family. He was passionate about issues surrounding the environment; climate change, animal/mammal extinction and the long lasting effects that he feared would impact the earth and how his nieces and nephews would have to navigate these deteriorating conditions. Spending time in his backyard was Brian’s favorite pastime; gardening, enjoying the variety of birds who came to feed on his birdfeeders, and watching the butterflies that circled the bushes. This oasis that he created was made possible with the help of his family, it was a true collaborative effort resulting in a magical space; it was here that he could be found laughing and visiting with family and his best of friends from high school and MITRE.

Family was everything to Brian.  His parents, sisters, brother in-laws, nieces and nephews were his sense of strength. They were always there to support and encourage him throughout his life no matter what the obstacle. In turn, Brian mentored and was a role model to all of his nieces and nephews, leaving them with valuable lessons on how to be courageous, resilient, kind, patient and the value of having a sense of humor. His unmatched degree of selflessness shone through constantly, always putting his loved ones before himself, despite his own considerable challenges. Brian’s spirit, generosity, joy, and life perspective were contagious.  They will remember playing poker and cribbage around his kitchen table, laughing together, and seeing someone who did not let missteps and adversities dictate life.  They appreciated how Brian lived each day with a sense of purpose and thankfulness. Brian was truly an amazing man and his memory will always bring a smile to those he touched during his lifetime.

Brian was the brother to Joanne Van Stry & her husband Michael of Burlington, Patricia Miniutti of Burlington, Karen Hagberg & her husband Robert of Avon, CT. He was the proud uncle of Erica & Monica Van Stry, Cameron, Griffin & Patrick Miniutti, Johnny, Samantha & Madison Hagberg, and Charley, the Van Stry’s dog was like his own. Near and far from Europe to Australia, Brian was survived by many aunts, uncles, cousins and friends who he loved dearly.

Memorials in Brian’s name may be made to NRDC* (click on NRDC to link to their donation website).

*NRDC's mission is to safeguard the Earth, its people, its plants and animals and the natural systems on which all life depends. We are on the frontlines every day waging fierce courtroom battles and hard-hitting campaigns in defense of our climate, health, wildlife, and wild places, and to protect people, vulnerable communities, and the planet.

Share Your Memory of
Brian
Upload Your Memory View All Memories
Be the first to upload a memory!
Share A Memory