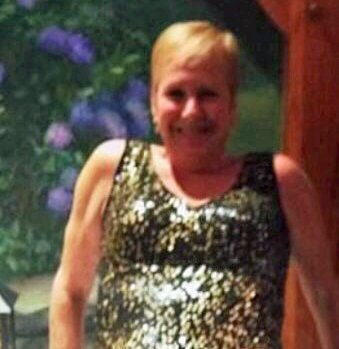 Judy Ann (Simas) DeMone passed away at the Lahey Hospital & Medical Center on Saturday, October 29, 2022, she was 65 years old.

Judy was born in Cambridge. She was the daughter of the late Rosaria and Julius Simas. Judy’s early years were spent in Arlington. Her family eventually moved to Burlington where she attended school. Judy was a 1975 graduate of Burlington High School where she was a Majorette.   During her high school years Judy made many friendships that she maintained throughout her life.

Judy worked as a server at many local restaurants in the Burlington area; Dunkin Donuts, the Cheesecake Factory, Wegman’s, Luigi’s in Bedford and most recently Panera Bread. With her outgoing and fun personality, it was the perfect role for Judy.

Judy remained living in Burlington where she raised her three children: Jennifer, Erin and Adam. She was a loving and supportive mother who would do anything for her children.  In recent years her greatest joy was being a “Mimi” to her five grandchildren. They were her everything. She doted on them, spoiled them, and gave them an enormous amount of love and attention.  Judy will be remembered as a woman full of life whose greatest love were her children and grandchildren.

Judy was the beloved mother of Jennifer DeMone of Burlington, Erin Tracton & her husband Justin of Billerica and Adam Jarrell of Burlington.  Proud and devoted grandmother of Keira Corcoran, Cole & Chole Costa, and Emma & Reese Tracton.  Sister of John Simas of New Mexico and Julius Simas, Jr. Funeral Services will be private.

Share Your Memory of
Judy
Upload Your Memory View All Memories
Be the first to upload a memory!
Share A Memory