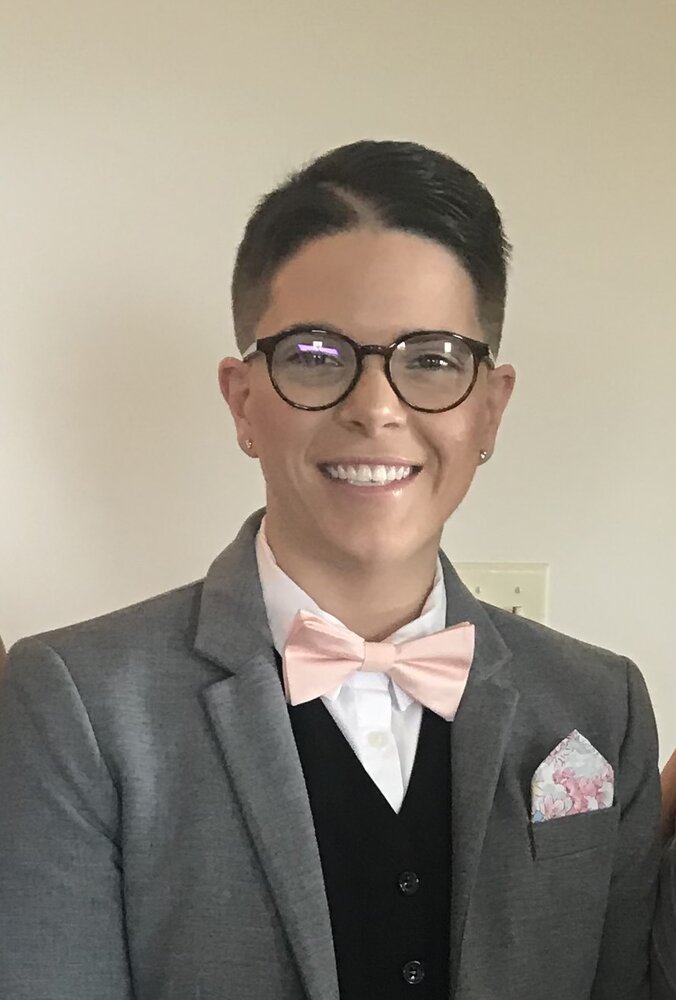 Kristie Bezreh passed away on November 1, 2022 from injuries sustained in a car accident. Kristie was raised in Burlington and graduated from Burlington High School with the class of 2009. While in high school, she started playing music and performed with her band at the Real School of Music in Burlington and participated in the BHS Battle of the Bands competition.

After high school, Kristie attended Framingham State University where she played rugby and continued to play music. She and her friends played their guitars on the campus lawn and formed a band called Remember The Grass People. The group performed covers and their own original songs at shows where Kristie played the guitar and sang backup vocals. With a newfound love for music and performing, she continued to write songs, sing, and picked up new instruments including the mandolin and banjo. In recent years, Kristie found joy in playing the banjo and singing for her band, Gay Uncle with a Shotgun—a folk-bluegrass group. Aside from writing music, Kristie expressed her creativity through getting tattoos and making wood burned art for her loved ones.

Kristie began her career as a behavior therapist for Beacon ABA Services, where she found her passion for helping children with autism. She then worked as a behavior technician at Bierman Autism Centers while studying at Cambridge College. Kristie earned her master’s degree and passed the exam to become a Board Certified Behavior Analyst (BCBA). In January, she moved on from Bierman to work as a BCBA with Journey Autism & Behavioral Care Centers. Kristie was kind, patient, and compassionate with her clients and truly loved her line of work.

To stay active, Kristie enjoyed skateboarding and boxing. In 2018, she participated in the Belles of the Brawl event held by Haymakers for Hope—a charitable organization fighting back against cancer. She trained at BoxSmith in West Roxbury in preparation for the fight and raised over $7,000 for cancer research. Her love for martial arts sparked as a child when she practiced karate and went on to earn a second degree black belt.

Kristie’s life will be celebrated during a visitation on Sunday, November 6, from 4 to 7pm, at the Edward V. Sullivan Funeral Home, 43 Winn Street, Burlington, MA 01803. Funeral services will be private. In lieu of flowers, please consider making donations in Kristie’s memory to Autism Speaks, https://www.autismspeaks.org.

Share Your Memory of
Kristie
Upload Your Memory View All Memories
Be the first to upload a memory!
Share A Memory