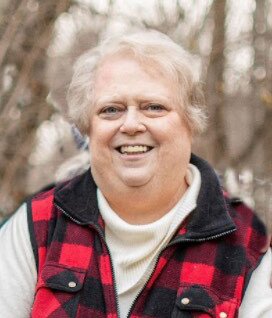 Lee (Marshall) Flynn, a retired Nurse from Brigham and Woman’s Hospital, passed away at her home unexpectedly on Thursday evening, November 4, 2022.  The beloved wife of John M. Flynn, she was 71 years old.

Lee was born in Medford. She was raised in Burlington.  She was one of five children born to the late John and Mildred Marshall.  Lee graduated from Burlington High School in 1969.  After high school she went on to attend Somerville Hospital School of Nursing.  She first attained her LPN status and eventually her RN.  Lee worked as a Nurse in the Neonatal Care unit at Brigham and Woman’s Hospital in Boston for over 30 years. With her compassionate and caring nature, it was the perfect job for Lee.   She retired in 2014.

Lee would marry the love of her life, John Flynn on April 19, 1980.  They settled in Burlington in 1996 where they would raise their two children.  Lee was a loving and supportive mom to Katherine and Michael.  She was also a very proud mom when Katherine joined the US Navy in 2003 and when Michael earned his Eagle Scout award in 2001. As a family they enjoyed trips to Crystal Lake in Gilmanton, NH.  Lee and John enjoyed trips to Iceland, Ireland and Mexico.  They had recently taken a trip, with other family members, to Nova Scotia in Canada to explore family history. They were happily married for 42 years.

Lee loved watching any crime show on television.  She was so into these shows that she named her cat Lennie Briscoe after one of her favorite characters in Law and Order! She was also a huge Red Sox fan and especially loved David Ortiz.

Lee’s sudden death leaves her family with a heavy heart.  She will be remembered as a loving wife, mother and grandmother.

Lee was the beloved wife of John M. Flynn.   Loving mother of Katherine Flynn-McFadden & her husband William McFadden of Stoughton and Michael Flynn of Burlington.  Proud grandmother of Max and Finn McFadden.  One of five children born to the late John and Mildred Marshall.  Funeral services will be private.  In lieu of flowers,  memorials in Lee’s name may be made to the Northeast Animal Shelter www.northeastanimalshelter.org

Share Your Memory of
Lee
Upload Your Memory View All Memories
Be the first to upload a memory!
Share A Memory