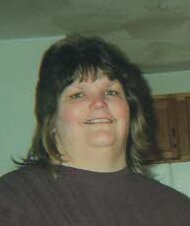 Helen Jean Morrison, a lifelong resident of Burlington, passed away at the Lahey Hospital & Medical Center in Burlington, with her brother and best friend Chuck by her side, on Saturday evening, November 5, 2022, she was 63 years old.

Helen was born in Melrose. She was raised in the Winnmere section of Burlington and a 1977 graduate of Burlington High School.  After high school she attended Middlesex Community College where she graduated with two associates degrees.  Helen had a career in the finance area working as a bookkeeper.  She worked at the Lechmere Corporate Headquarters for many years in the accounts payable department.  In recent years Helen worked for Mindleaf Technologies.

Helen was a homebody and had many interests and hobbies.  Being a typical New Englander, she was a Red Sox and Patriots Fan.  She enjoyed playing computer games and doing word search puzzles.  Helen enjoyed shopping trips with her sister-in-law Terry.  Helen will be remembered as a quiet woman but a woman who was not afraid to voice her opinion to others.

Helen was the beloved daughter of the late William and Nancy Morrison.  She was the sister and best friend of Charles “Chuck” of Burlington and the late Richard & his wife Terry of Woburn.  Proud aunt of Jessica Quinones of Stoneham, Christopher Morrison of Woburn and Richard Morrison, Jr. & his wife Lau of CA.  Great aunt of Mikaela and Daniel.

Funeral Services will be held at the Edward V Sullivan Funeral Home, 43 Winn St., Burlington on Saturday, Nov. 12 at 2pm.  Visiting hours will be held prior to the service from Noon – 2pm.  Relatives & friends respectfully invited to attend.

In lieu of flowers, memorials in Helen’s name may be made to Shriners Children’s Hospital www.shrinerschildrens.org

Share Your Memory of
Helen
Upload Your Memory View All Memories
Be the first to upload a memory!
Share A Memory