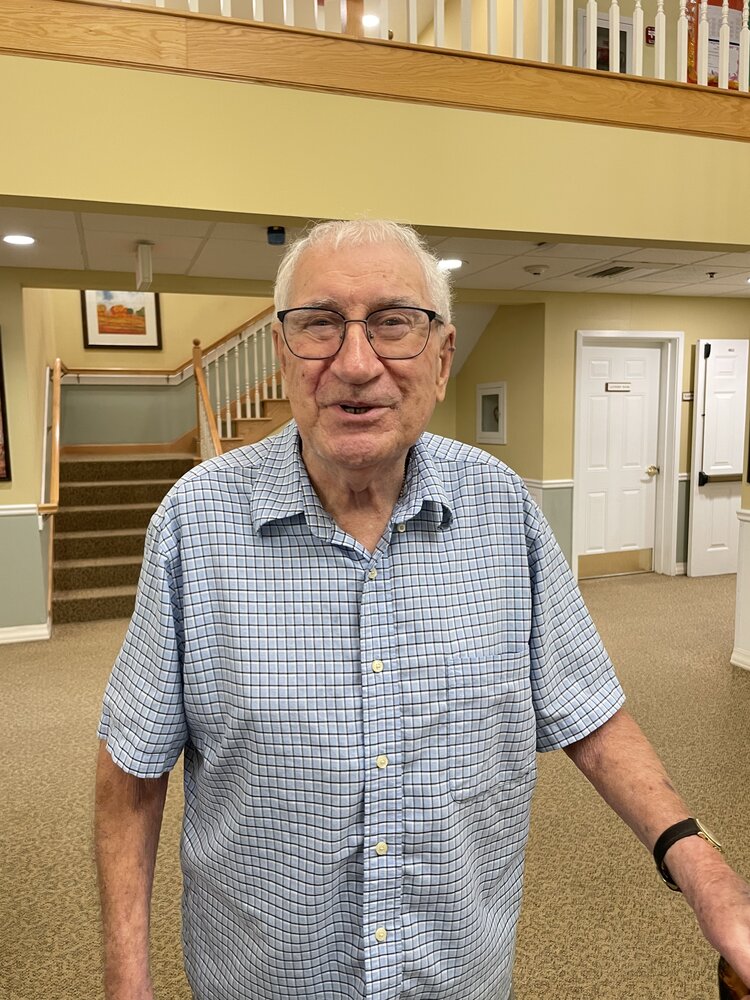 Click on the link (above) to connect to our facebook page (sign-in is NOT required).  A live-stream of the funeral mass will begin a few minutes before 10am on Monday Nov. 28th.

Josefredo Raposo passed away at his home in Waltham on Sunday, November 20, 2022. The beloved husband of the late Maria Raposo, who passed away in January of 2021, was 87 years old.

Joe was born and raised in Santa Barbara on Sao Miquel island in the Azores.  He was one of 7 children born to the late Manuel and Maria Raposo.  In 1952, Joe, his father, and two siblings emigrated to Brazil to create a new life for the entire family who joined them a year later.  Joe would meet his future wife Maria while working together in Sao Paulo, Brazil.  They married in 1961.  In 1963 they made the decision to move to the United States and settled in Cambridge.  It was a brave move for them as they both had to learn to speak a new language.

Joe worked as a Technician at Arrow Automotive from 1965 until 1981.  His last job was working with his son Ed and daughter-in-law Janet at United Electric Controls in Watertown.  He retired after 20 years of service to the company.

Joe led a full and active life.  He had a large garden where he grew tomatoes, potatoes and cabbage.   Joe loved the ocean and being near the water.   During their retirement years Joe and Maria would spend their winters in Flagler Beach Florida.  They also lived near the ocean in Wareham for 17 years.   Most recently they had moved to Waltham to be closer to their children and their families.   Joe’s family meant everything to him.  Family holidays and visits from his grandchildren always brought him great happiness.   Joe was looking forward to attending the wedding of his first grandchild Colin.   Joe was a loving husband, father and grandfather.

Joe was the beloved husband of the late Maria (Raymundo).  He was the loving father of Robert & his wife Suzanne of Burlington, Edward & his wife Janet of Dedham and the late Sandra.  Joe was the proud grandfather of Colin Raposo & his fiancé Alyssa Dew of CA, Christina Raposo of Burlington, Natalie Raposo and Maren Raposo both of Dedham.  Brother of Salome Penachione of Brazil, Margarida Rampani of Brazil and the late Manuel, Joao, Jose & Marianna Raposo.   Visiting hours will be held at the Edward V Sullivan Funeral Home, 43 Winn St., Burlington on Sunday, Nov. 27 from 2 p.m. – 4 p.m.  Funeral from the Funeral Home on Monday, Nov 28 at 9 a.m.  Followed by a Mass of Christian Burial at St. Malachy Church, in St. Veronica Parish, 99 Bedford St., Burlington at 10 a.m.  Burial will follow in St. Patrick’s Cemetery, Tihonet Road, Wareham at 12:30 p.m.    In lieu of flowers memorials in Joe’s name may be made to Care Dimensions Hospice www.caredimensions.org

Share Your Memory of
Josefredo
Upload Your Memory View All Memories
Be the first to upload a memory!
Share A Memory