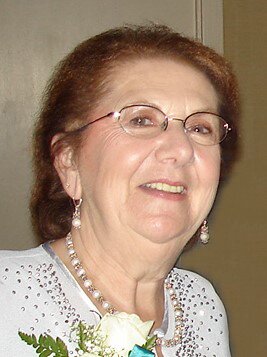 Obituary of Delores A Torres

Delores A. Torres, 90, passed away after an extended illness on Saturday, December 3, 2022. She was born in Waltham and was one of four children born to Italian immigrants Frank and Anna (Pizella) DiMurro. She grew up in Waltham and graduated from Waltham High School. She married her husband, Edward in 1953 and they settled in Somerville where they raised four children. In 1987, the couple “moved to the country,” buying a home in Burlington.

Delores was a woman who could not sit idle. After high school, she did clerical work at Raytheon in Waltham. She then had a career as a hairdresser, followed by a position at Rendell Research doing marketing. When the owner wanted to retire, Delores bought and ran the business, assisting food companies with their local promotions, product launches, and product panel discussions. During her retirement years, well into her 80’s, she worked for Hallmark setting up displays and keeping products stocked at local stores.

Delores was the matriarch of her family. She was the person they sought out for advice and guidance. She was even giving instructions to her doctor in the days prior to her passing. She had her Italian values that she learned as a child and incorporated many of her husband’s Portuguese traditions as well. She was a worker and had her fingers on everything around her home. She made all her Italian dishes she learned from her mother as well as the Portuguese recipes she learned from her father-in-law. Her Sunday dinners consistently drew a crowd. She was a caring and attentive mother. She volunteered at her children’s schools when they were growing up. There was always a two-week camping trip every year in New Hampshire. The car was packed with the six family members, all their camping equipment, and supplies for the weeks. In later years they traveled to places such as Alaska, Hawaii, Bermuda and Italy. In her leisure time, she enjoyed ceramics, gardening, sewing, knitting and learned to play golf. While the last few years brought many health challenges, she always fought to get well so she could be with her husband and family. She will be lovingly remembered and never forgotten.

Share Your Memory of
Delores
Upload Your Memory View All Memories
Be the first to upload a memory!
Share A Memory