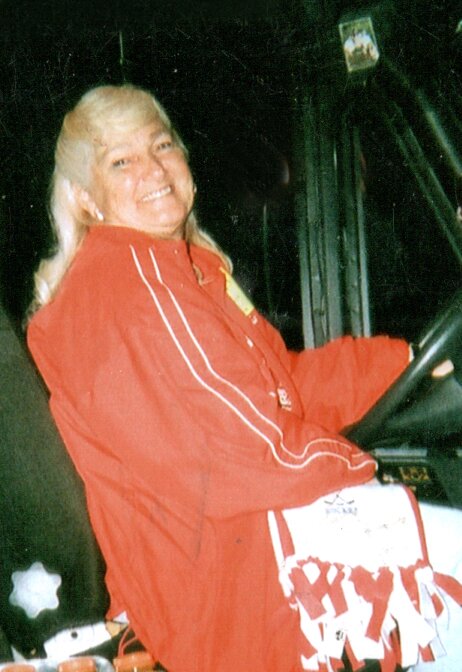 Dottie (Bartlett) Yeadon, a lifelong resident of Burlington, passed away at the Lahey Hospital & Medical Center on Monday, December 5, 2022.  Despite being diagnosed with stage 4 cancer in 2018, her passing came unexpectedly.  Her four loving children were by her side at the time of Dottie’s passing.

Dottie was born in Somerville.  She was the daughter of the late Franklin and Margaret Bartlett.  Dottie was raised and educated in Burlington and was a 1966 graduate of Burlington High School.  While in high school, Dottie was very involved and active in many sports.  She was captain of the gymnastic team and played on the basketball, softball and powderpuff football teams.

Dottie raised her four children in Burlington and was an active and cherished member of the community.  She instilled in her children the profound meaning of family.  She was a role model for them and taught them the importance of being a loving parent.  The results were meaningful, as Dottie’s four children all came to have families of their own.  Their children, Dottie’s grandchildren and great grandchildren, have become inseparable and are the best of friends.

Next to being a mother, grandmother, great grandmother and sister, Dottie’s greatest joy came from being a bus driver for students and sports teams in Burlington.  She loved driving teammates and coaches to varsity football games, hockey games and cheering competitions.  Dottie didn’t just drop off the teams and return.  She stayed to cheer on “her” players and cheerleaders from the sidelines or the stands, high fiving and hugging them all before and after games and competitions.  Parents felt a sense of comfort knowing that their children were in the best care when they were on the bus with Dottie.  Simply said…Dottie was Burlington’s number one sports fan.  She was a die-hard Patriots fan as well.  Her kind, compassionate and caring ways touched the lives of so many children, families, and sports teams.

Dottie received numerous awards and accolades throughout the years for the influence and impact she had on the community.  In 2010 she was inducted into the BHS Hall of Fame for her complete and total dedication to the student athletes.  In 2018 she was awarded “Citizen of the Year” and was honored by riding in the lead car at the 4th of July parade.  Dottie was also honored by the Rotary Club of Burlington and by State Representative Ken Gordon.

In 2018 Dottie was diagnosed with stage 4 cancer.  She did not let the disease define her, choosing to fight.  Dottie was heartbroken when she was no longer able to drive her bus.  She missed “her kids” terribly.  As a community, Burlington rallied around her.  Fundraisers were held, t-shirts were made.  The Burlington Fire Department honored her in their yearly October Breast Cancer Awareness campaign.  The captains of the BHS football and hockey teams had their teammates autograph helmets.  They presented the helmets to Dottie with love and support for all she had done for them.

Dottie was an enormous part of the Burlington community.  Families made special trips on Halloween so their kids could see her.  She made countless trips to Disney with Burlington cheer teams.  On the Town Common prior to junior or senior proms, students would line up, waiting to have their picture taken with Dottie.    This week at the announcement of her passing, students began posting these pictures on Facebook, thanking Dottie for touching their lives.  As one parent put it best…"Dottie was the entire town of Burlington’s extra grandmother!"

In lieu of flowers memorials, in Dottie’s name, may be made to the Shriners Burn Institute www.shrinerschildrens.org

Share Your Memory of
Dottie
Upload Your Memory View All Memories
Be the first to upload a memory!
Share A Memory