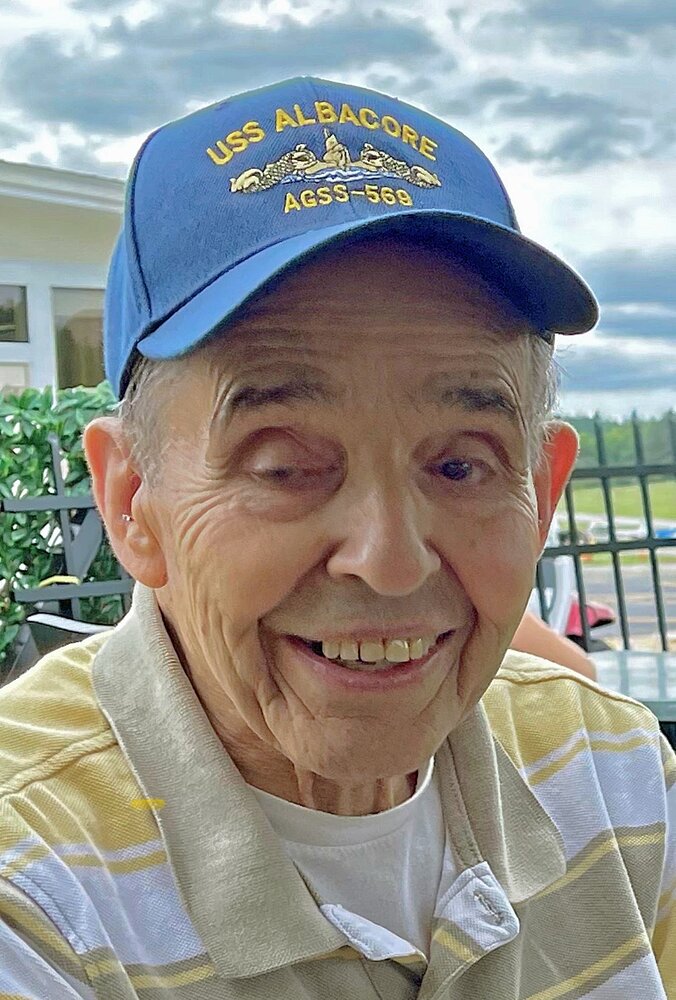 Joseph Edward Dinelli passed away on December 5, 2022 at the age of 89 and was a resident of Burlington for 65 years. He grew up in Somerville with his parents Elvira and Joseph Dinelli.

Joe married his High School sweetheart Geraldine (Shaw) in 1954, where they were happily married for 62 years. In 1957 they moved to Burlington to raise a family, which eventually grew to six children. Joe and Gerry also loved to travel, having travelled to Europe, Hawaii and Alaska and taking many cruises to the Bahamas, Caribbean and Bermuda. They also enjoyed spending time at their vacation home on Lake Winnipesaukee and enjoyed cruising around the lake in their boat.

Joe was a proud US Navy veteran, who enlisted in 1951 and served from 1951-1955, first in Korea aboard the USS Dortch (DD-670) and then transferred to the Submarine Service where he was honored to be a “Plank Owner”, serving proudly on the USS Albacore’s (AGSS-569) commissioning crew in 1953. Upon leaving the Navy, Joe worked for 30 years at New England Telephone as a lineman, eventually retiring as a foreman for AT&T.

Joe had many hobbies, but his favorite hobby was building military models of ships, aircraft and tanks.

He was the loving father of Linda Tsantoulis & her husband Richard of Florence, SC, Robert Dinelli & his husband Andy Li of San Francisco, CA, Janice Taylor & her husband Robert of Natick, Stephen Dinelli & his wife Nancy of Reading, Joseph Dinelli, Jr. of Tampa, FL and David Dinelli & his wife Patricia of Billerica. He was the proud grandfather of Joseph Gangestad of Wausau, WI, Sean Taylor of Milford, MA, and Benjamin & Allison Dinelli both of Billerica. Joseph is also survived by many nieces and nephews.

In lieu of flowers, memorials in Joseph’s name may be made to Albacore Park in Portsmouth, NH, where funds are used to maintain the USS Albacore, plus develop and coordinate traveling and remote educational programs. https://www.ussalbacore.org/donate