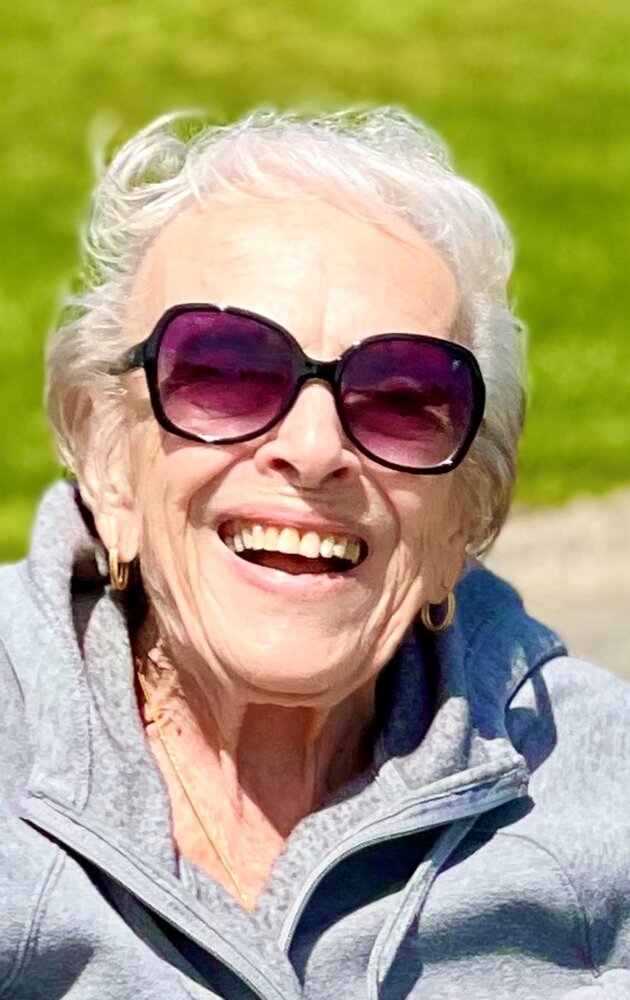 Sylvia Louise (Arseneault) Impemba, a woman dedicated to her family and her faith, passed away with her family by her side, at Lahey Hospital & Medical Center on Tuesday, December 6, 2022.  She was 89 years old.

Sylvia was born, raised and educated in Cambridge.  She was one of seven children born to the late Joseph and Louise Arseneault.   Sylvia graduated from Cambridge Rindge and Latin High School where she was Valedictorian of her class.   She moved to Burlington in 1953 when she married Joseph C. Impemba.

Sylvia led a full and active life.  She worked as the Business Office Manager at Burlington Medical for over 40 years.  She was a member of a lady’s softball league and a longtime member of St. Margaret’s Bowling League.  Sylvia enjoyed traveling and took frequent trips to Canada, had annual trips to Florida and visited just about every state in the U.S.  She had a memorable trip to Cuba in 1956.  In addition, Sylvia was very artistic and enjoyed making ceramics for family and friends, painting, and framing puzzles as gifts.

Sylvia’s faith was an extremely important part of her life.  She was a member of St. Margaret’s Parish and attended the 9 a.m. Mass daily.  On Sunday morning after the 7:30 Mass, she could be found having breakfast at Bickford’s with her close circle of friends that included Father Crispo.  Sylvia was a member of the St. Margaret’s Folk Music Group and taught religious education.   In memory of her late daughter, Sharon, she donated the beautiful corona that hangs over the altar at the church.

She was blessed with three wonderful children and devoted her life to them.  They made her proud every day. Simply said…Sylvia’s family was her life.   She especially treasured the time spent with her five great-grandsons.  From the time of their births, she made it a point to attend all the important events in their lives.  From sports games to annual vacations down the Cape, graduations to impromptu drop-ins to simply watch them play in the yard or splash in the pool…she was there, smiling from ear to ear.

Sylvia will be remembered as a thoughtful and loving woman who experienced joy by making others happy.  She sent cards to let friends know she was thinking of them or simply shared kind words to make someone feel special.

For those of you that were fortunate enough to know my nana, you know what an exceptionally special and selfless person she was. Every member of my family KNOWS we truly are beyond blessed to have had this amazing woman as the matriarch of our family.

Looking through photos we couldn’t help but smile because Nana was there for everything…from births to graduations and parties to vacations.  She lived for her family and made sure we were always happy.  Whether that meant making her famous stuffing for Thanksgiving even if it took her four days, buying four wheelers and dirt bikes for the great grandkids even though she cringed as they whipped past her waving and smiling, or simply treating the family to dinner at our favorite restaurant, she did it!

Faith was an extremely important part of Nana’s life. She began each day by attending the 9:00 mass and sat right over there. After Mass on Sunday mornings, you could find her at Bickfords enjoying breakfast with friends, such as Father Crispo. She volunteered at the confraternity center, taught religious education, and was even in the folk music group.

Even at the age of 89, Nana was the strongest, most independent woman, with a mind as sharp as a tack. Don’t dare challenge her to a game of Words with Friends! She impressively balanced her checkbook to the penny! I always wondered if it might be due to all the Game Show Network she watched or the nightly glass of Sutter Home Chardonnay?

She utilized her skills and wore many hats throughout her career including: a dental assistant, secretary, and first and only female President of the 4th degree of the Knights of Columbus.  However, the job I remember most vividly, is an office manager for a thriving medical practice.  She loved her job, and her colleagues turned into family.

Her five great grandsons were the light of her life.  Nana was always saying how blessed she was and treasured every minute she spent with them; just look at any photos and you will see for yourself.  From the time of their births, she made it a point to attend all the important events in their lives.  From sports games to  annual vacations down the Cape or impromptu drop-ins to watch them play in the yard or splash in the pool…”Nana Baby” as the twins called her, was there, smiling from ear to ear.

I remember showing her my ultrasound with the twins and she was in awe and couldn’t stop saying what an amazing miracle God had gifted our family!  We can all say, we feel the same way about her!  I must say, I will always pride myself on the fact that I was, and always will be, her favorite granddaughter, while Uncle Joey takes the title of her favorite son, but Gerry Hannafin was a close second. I am not quite sure why, because the rumor is that Nana’s bad knees are from Uncle Joey riding on her back as a kid like a bucking bronco.

Our family always joked and said she was the unofficial Mayor of Burlington! I swear, no matter where we were, she always managed to find someone she knew! Maybe it was from being such an involved member of the community, or possibly due to the fact that she was a genuine, kind soul that made friends wherever she went. Uncle Joey has been involved in town politics for over 30 years, yet, whenever he introduced himself the response was always, “oh, you’re Sylvia’s son”.

Nana had countless friends, but hands down, her best friend was my mom.  They were inseparable, from their Saturday night trip to church and dinner at Bickford’s (Nana loved Bickfords!) that included any of Nana’s friends they would collect along the way, occasional lunches consisting of ice cream at Bedford Farms, or the weekly trip to CVS where Nana would peruse the aisles utilizing every coupon she had.  They would often just sit and have a cup of tea together in her condo, enjoying each other’s company and talk for hours.

I will always cherish our time together as the three generations.  Some of my favorite memories include our annual trip to Rockport and taking the bus with the seniors to Foxwoods that departed right out in the church parking lot; we would play Bingo on the way down-Nana showed me how to play with two cards at once. After breakfast at Panera and some good people watching, I would have to track her down in the casino to “borrow” more money because it seemed like she never lost.

She was always saying nothing is more important than love.  She embodied that saying and loved with every ounce of her being.  Her condo was a magical workshop where ceramics were painted, cards were filled out, and photos were transformed into framed puzzles. Nana always made sure to acknowledge others’ celebratory life events or reach out just to let a friend know she was thinking of them.

I would like to end by saying, we are all here, not to mourn a loss, but to celebrate the life of an extraordinary woman who made this world a better, kinder place.

Share Your Memory of
Sylvia
Upload Your Memory View All Memories
Be the first to upload a memory!
Share A Memory