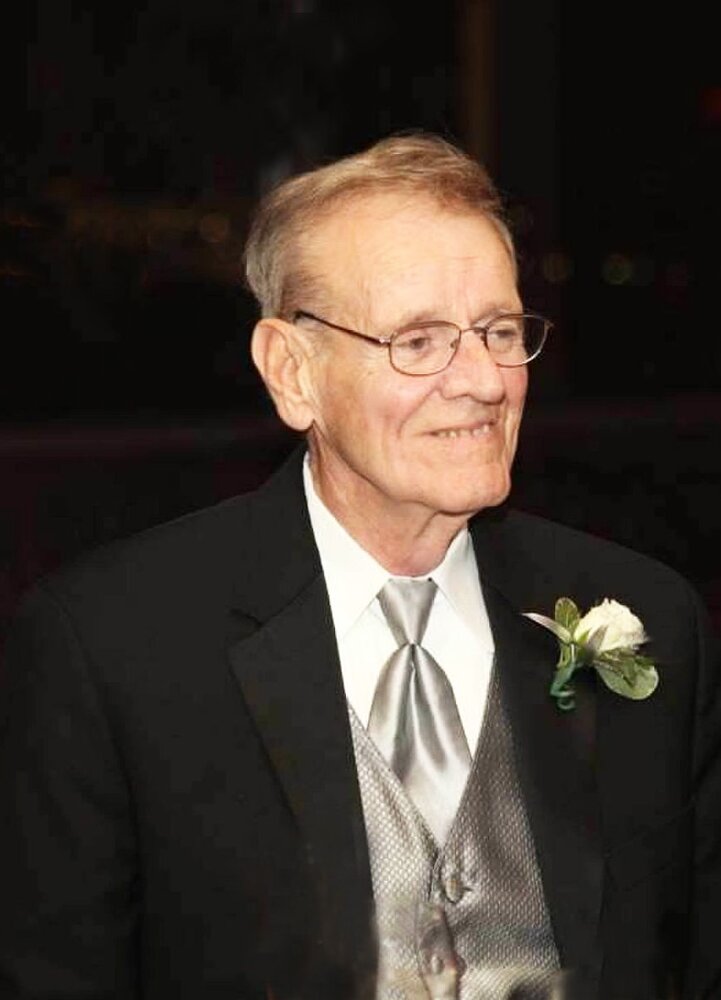 Francis C. “Frank” Cross, beloved husband of Mary Lou (Kiley) Cross, passed away after a brief illness on Saturday morning December 10, 2022.  He was 89 years old.  Frank was born and raised in Brunswick, Maine.  After graduating from Brunswick High School he enlisted in the Army during the Korean War.  After his discharge in 1955, he went to Bryant University where he received his Associates Degree.  He had a phenomenal work ethic leading him to start his own business and he found his calling in sales.  He had a great deal of success and maintained loyal customers across multiple companies for decades.  He worked diligently up until recently.

Frank, a man devoted to his family and faith.  He was a parishioner of both St. Margaret’s and St. Malachy’s churches in Burlington and was a member of their folk groups.  While living in Tewksbury, he attended St. William’s Church where he committed to the Eucharistic Adoration weekly and helped bring mass and reconciliation to his fellow residents at the Heatherwood Retirement Community.  He lived his faith every day which helped to guide him in life.

Frank grew up an only child and when he married Mary Lou, they wanted a big family.  They had seven children plus their spouses whom he loved as his own.  They gave him 15 grandchildren, and 8 great-grandchildren. He was a great role model for his children and was someone you did not want to disappoint.  He gave them a solid foundation based on strong values, a loving home and a good education.  Later in life, Frank enjoyed traveling and caught the “travel bug” after he and Mary Lou went to Hawaii for their 25th Anniversary.   Together, they went on at least 30 cruises and traveled all over world.  Sometimes they traveled alone and other trips included their children and their families.  Frank was always supportive, encouraging and thankful for his family.  He would do anything for them.  He lived a great life surrounded by family and friends and his memory will live on in their hearts and minds for generations.

Memorials in Francis’s name may be made to Unbound, www.unbound.org.  Unbound partners with families living in poverty, empowering them to become self-sufficient and fulfill their desired potential.

Share Your Memory of
Frank
Upload Your Memory View All Memories
Be the first to upload a memory!
Share A Memory