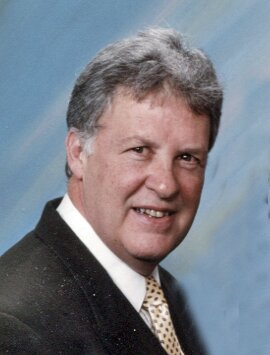 Richard Alan Raynor “Dick,” age 77, a longtime resident of Burlington, passed away peacefully on December 27th, surrounded by his loving family. He was the beloved husband of Constance Evelyn (Flynn) Raynor with whom he shared 55 years of marriage.

Dick started work in the Parts Department at Mack Truck right out of high school. He enjoyed his job; he was good at it, and he loved the orderly and organized kind of work it was. Dick was a Shop Steward for a number of years until Mack was no longer a union shop. He was always willing to work extra hours because, as he said, “I have an expensive travel habit.”  Dick had many interests, which he shared with family and friends. He particularly loved to travel, to play golf, and to go boating. He and Connie traveled extensively both in the US and Europe as well as other places.  He and his friend and brother-in-law, Mark, loved boating together, on Cape Cod, from the Onset Bay Marina, and from the Danversport Yacht Club. He also played golf with Mark and his brothers-in-law Bill Clark and Tony Macarro as well as other friends. They called themselves “duffers,” but they had a great time and a lot of laughs. He also loved his yearly family vacations at the beach with his extended family. Dick was a family man through and through. He was the best husband and father he could possibly be, and he was the bedrock of his family “a man who could always be counted on…and supportive.”

In addition to his wife, Dick leaves his children, the late Dawn E. (Raynor) Rideout and her husband Robie B. “Chip” Rideout Jr, of Pelham NH, and Richard A. Raynor Jr, and his wife Chanthavone “Dot” Raynor of Methuen.

He is also survived by many loving nieces and nephews.

Share Your Memory of
Dick
Upload Your Memory View All Memories
Be the first to upload a memory!
Share A Memory