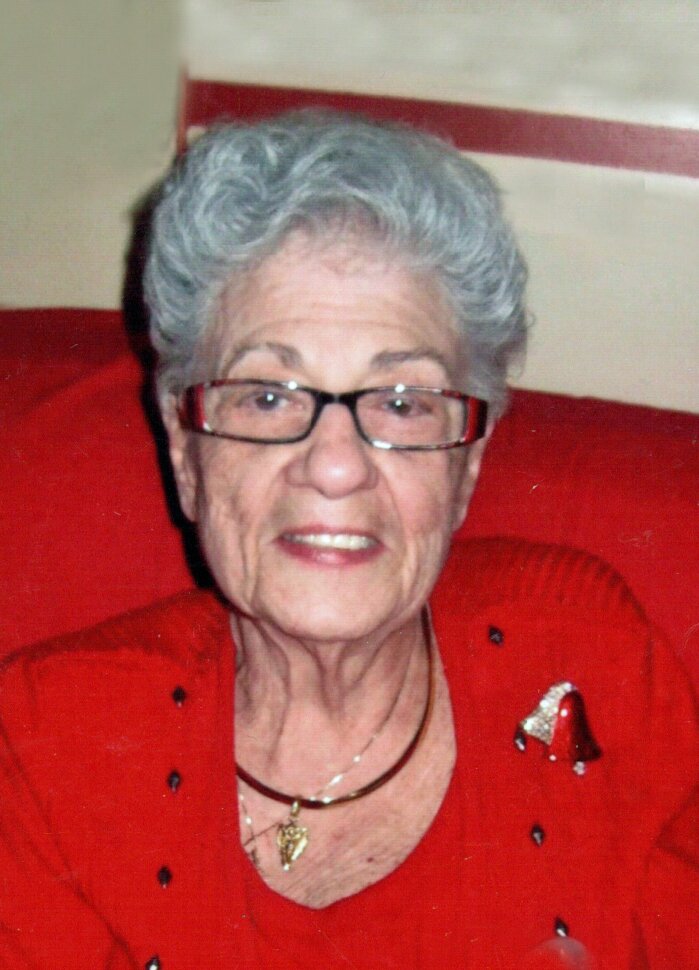 Click on the link (above) to connect to our facebook page (sign-in is NOT required).  A livestream of the funeral mass will begin a few minutes before noon on Thursday, Jan 5th.

Frances E. Ferreira, a resident of Burlington for 60 years and the last surviving sibling of the 13 Rose children passed away after an extended illness on Saturday, December 31, 2022.  She was 92 years old.  Fran was born in Somerville.  She grew up in Somerville.  She was the youngest of thirteen children born to Phoebe and Manuel Rose.  Growing up in such a large family was a wonderful experience for Fran.  The house was always bustling with activity, cooperation was a must, and privacy was almost nonexistent.  Many of her siblings were her best friends her entire life.  She was a graduate of Somerville High School.  She married Robert Ferreira, and they lived in Cambridge and Arlington before settling in Burlington.

Fran was one of those special people who made others feel loved and appreciated.  She had numerous circles of friends that often overlapped.  In her later years, many of her sons’ friends called her “Ma”.  She worked for many years at  Zayres, Almy’s, and Kohl’s as a Cash Department Head. No one could cash out bills faster than she could .  She was an active parishioner at St. Margaret’s Church. She enjoyed going to the theater, out to dinner and going on cruises with her sisters.  She liked testing her luck at Bingo at the Senior Center and loved Foxwoods.  Playing cards was a Rose family sport; as well as 3 or 4 nights a week in the community where she lived. Once she found it difficult to get around her lady friends in the building would go to her and play cards.  She had an affinity for all crime shows and old westerns.  But what was most special about Fran was her resiliency.  She saw a lot of sadness in her life, outliving her husband, 2 sons, and 12 siblings.  But. she had a great faith, accepted it as God’s will, and pressed on knowing that someday she would be reunited with all those who passed prior.  She will be missed, but it is comforting to know she is now reunited with all those she loved.

A visiting hour will be held at the Edward V. Sullivan Funeral Home, 43 Winn St., Burlington on Thursday, January 5 from 10:30 to 11:30am. Followed by a Mass of Christian Burial at St. Margaret Church in St. Veronica Parish, www.stveronicama.org, 111 Winn St., Burlington at noon.  Services will conclude with a burial in Chestnut Hill Cemetery, Burlington.

Share Your Memory of
Frances
Upload Your Memory View All Memories
Be the first to upload a memory!
Share A Memory