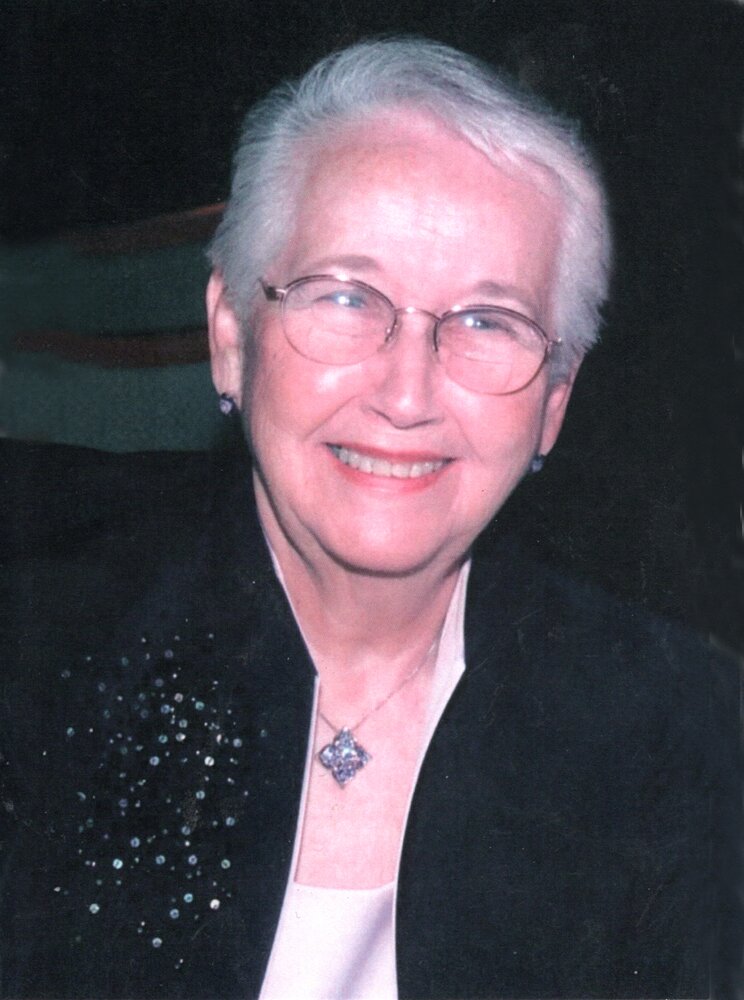 Joan E. Daley passed away at the Inn at Fairview Memory Care in Hudson, New Hampshire on January 7, 2023.  The beloved wife of 64 years of William Daley, she was 89 years old.

Joan was born and raised in Somerville.  She was the one of four children born to the late Chester and Elizabeth Strong.   She loved her three brothers and helped to care for her younger brother Ken.

Joan married her husband Bill in1958 and they settled in Medford briefly before moving to Burlington in 1965 where they raised their two children.  Joan had a long and successful career in the banking industry.  She was working at Middlesex Family Bank in Somerville when she was first married.  She retired to raise her family and eventually returned to work after her children were grown.  She was one of the first workers at Burlington Bank and Trust – currently Northern Bank and Trust.  Joan also ran the mortgage department at Old Colony Bank in Burlington.   Joan was very knowledgeable in all aspects of banking and taught banking classes at Middlesex Community College in Bedford.

Joan was a woman small in stature, only 4’11, but she was a feisty, spirited woman always on the go.  She kept an immaculate home and would jokingly say that she would “catch the dust” before it hit the floor.  She was an avid seamstress with sewing being her specialty.  She would make her own pant suits and made all her daughter Eileen’s clothing when she was growing up.  Joan also enjoyed cross stitching and making quilts for her grandchildren.

Joan and Bill had a wonderful marriage.  They enjoyed bowling together, a night out of dancing and spending their winters in Fort Myers and Vero Beach Florida.  They were very involved in a non-profit “Friends of Pepperell Seniors”, an organization that planned trips and fun things for seniors to do.  Joan was the secretary of the organization and Bill the president for several years.   During their retirement years they traveled the world.  In 2004 they moved to Hollis, NH to be close to their daughter Eileen and help care for their autistic grandchild Matthew.  All of their grandchildren brought them immense joy and happiness.

Joan was the beloved wife of William F. Daley.  Loving mother of Eileen Augustus & her husband Donald of Pepperell and Michael & his wife Andrea of Wilmington. Sister of the late William, Chester, and Kenneth Strong.  Proud grandmother of Katelyn, Michael, & Shannon Daley and Sara Augustus & her partner Tyrell Skinner and Matthew Augustus. Great grandmother of Brynn Skinner.  Visiting hours will be held at the Edward V. Sullivan Funeral Home, 43 Winn Street, Burlington on Friday, Feb. 10 from 4-7pm. A Mass of Christian Burial will be celebrated in St. Margaret Church in St. Veronica Parish, www.stveronica.org, 111 Winn St., Burlington Saturday, February 11 at 10am. Services will conclude with an Interment in Chestnut Hill Cemetery, Burlington.

Share Your Memory of
Joan
Upload Your Memory View All Memories
Be the first to upload a memory!
Share A Memory