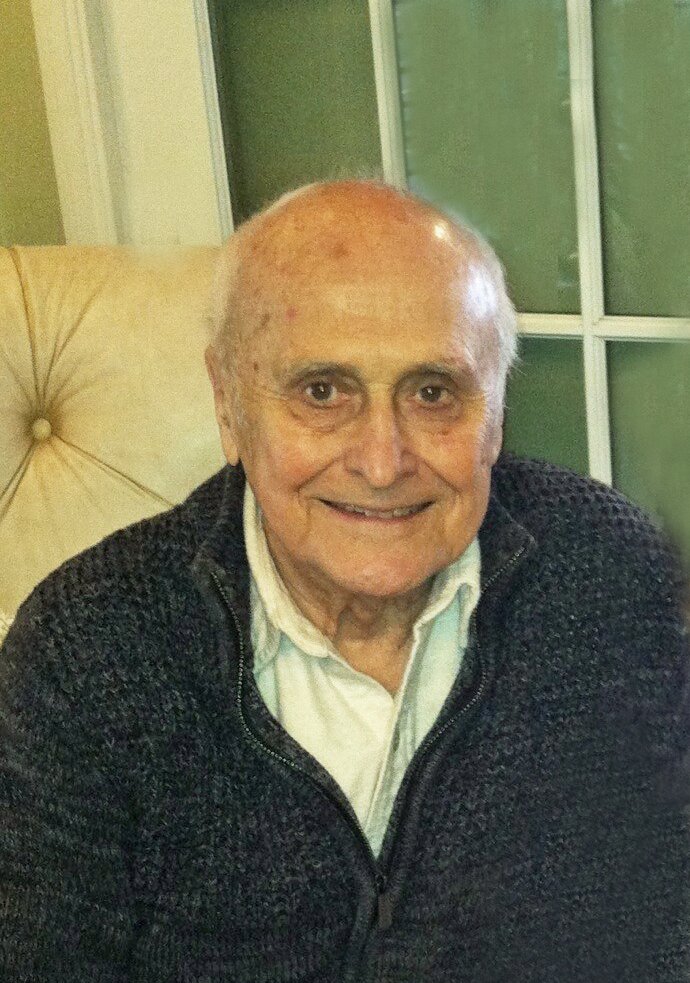 Edwin J. Oley passed away at Artis Senior Living in Reading, MA on Sunday afternoon January 15, 2023 following a long battle with Dementia and Alzheimer’s disease. Ed was the beloved husband for 69 years of Lillian Oley, who passed away on December 15, 2022. He was 92 years old.

Ed was born and raised in Somerville, MA. He was the only child born to the late Michael and Sophie Oley.  He graduated from Somerville High School where he excelled at track and field and was the State Champ of hurdling. After high school he attended Vesper George School of Art in Boston, MA. Ed was a veteran of the Korean War serving his country in the United States Army. Ed’s time in the Army was spent mostly in Europe and was stationed in Germany, Switzerland and Belgium.

Shortly after leaving the service Ed married the love of his life Lillian Cunha. They lived in Arlington, MA for 12 years and as their family expanded, they needed to find a larger home. In 1964 they moved to Burlington, MA. Ed was a talented illustrator and artist. His first job was painting billboards in Somerville, MA. Ed worked hard to provide for his family, sometimes juggling three jobs at a time. His primary job was working as a Technical Illustrator for AVCO in Wilmington, MA which later became Textron.  As a technical illustrator he would create images for many exciting projects, many of which were classified. Ed was an integral part of the NASA Apollo program. After retiring from Textron, he went to work for Nynex, where he would design the pictures and illustrations seen on the front and back covers and throughout the telephone books. Ed loved his job as an artist and painting was a labor of love. Some of his favorite subjects to paint were lighthouses and landscapes. He would enter many art shows throughout his life, many times coming in first place, but he would not part with any of his paintings. He considered them his "children" and would proudly display them throughout his home and his children’s homes. Ed was also skilled in carpentry and was a “jack of all trades” never afraid to tackle a project.

As a family Ed, Lil and their children enjoyed camping in Vermont and spending time at their family-built cottage in Ipswich MA, overlooking Crane’s Beach. During their retirement years they enjoyed taking trips throughout the United States, the National Parks, Italy, Scotland and Europe.

Ed and Lil were longtime members of St. Margaret’s Church. Along with other couples of their generation, they were the foundation, heart and spirit of the church. They were members of the church’s Pre Canna program. Ed and Lil were a great team helping couples to prepare for marriage. They were a true example of the love, devotion and sacrament of matrimony. Ed will be remembered as a quiet man who had great love for his family, his church and his community. As hard as it is for Ed’s family to see him pass away just 30 days after their mom, they are filled with a sense of peace and contentment to know that their dad is no longer suffering and is reunited with the love of his life, Lil.

Ed was the loving father of Denise Callahan & her husband Walter of Woburn MA, Michael Oley & his wife Joy of New Boston NH, David Oley & his wife Pam of Laconia NH, Cheryl Oley of Burlington MA, and Carl Oley of MA. Ed was the proud grandfather of Jessie Soderquist, Jody Scalisi, Joy Tardiff, Brian Oley, Ashley Oley, Jacob Oley, and the late Ryan Harrington. He was the proud great-grandfather or “GrampyO” of Cora, Madelyn, Joseph, Sabrina, Camryn, Cody, Brooklyn, and Kaleb. A visitation will be held at the Edward V Sullivan Funeral Home, 43 Winn St., Burlington on Saturday, Jan. 21 from 8:30 a.m. – 9:30 a.m. Followed by a Mass of Christian Burial at St. Margaret Church, in St. Veronica Parish, 111 Winn St. Burlington at 10 a.m. Services will conclude with a burial in Pine Haven Cemetery, Burlington.

In lieu of flowers, memorials in Ed’s name may be made to People Helping People, PO Box 343, Burlington, MA 01803.

Share Your Memory of
Ed
Upload Your Memory View All Memories
Be the first to upload a memory!
Share A Memory