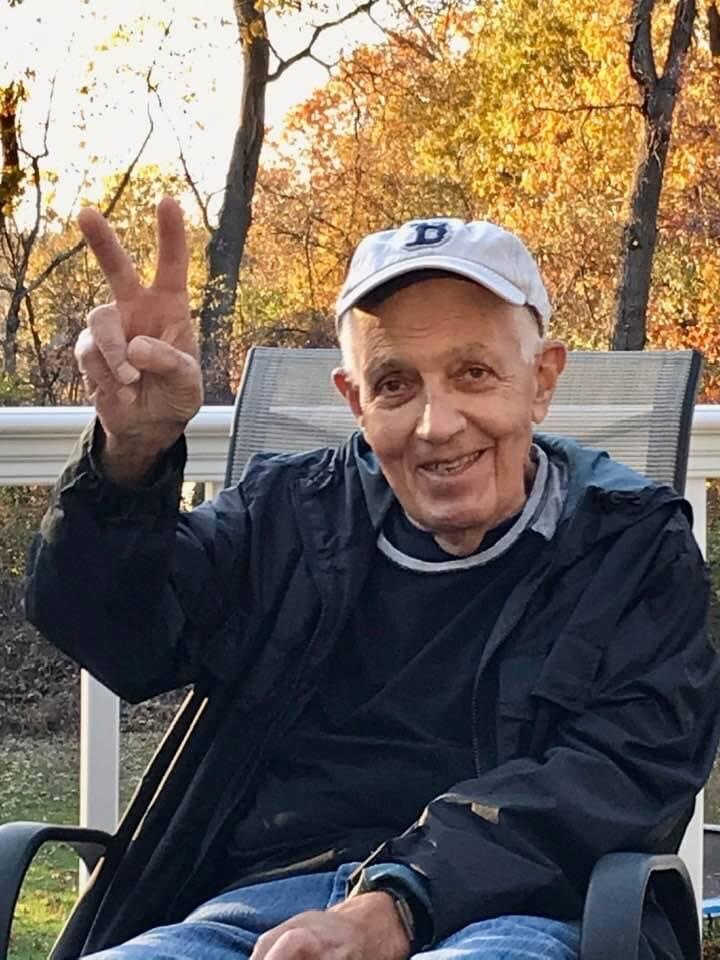 Joseph G. Saia, a man whose life revolved around his family, passed away surrounded by his family after an extended illness on Sunday, January 15, 2023.  He was 88 years old.  Joe was born in Boston.  He was the youngest brother of six children born to Italian immigrants, Nicola and Rose Saia.  He grew up in a home steep in Italian traditions and values.  The biggest value was that family always came first.  He grew up in Roxbury and went to night school at Northeastern.  He met his future wife and coworker, Anna Mae Thyne, as they worked for Manning Maxwell Company.  He would play amusing jokes on her to catch her attention.  Well, it worked, and they were married on May 17, 1964. They resided in Belmont from 1964 to 1977 and started a family.  He eventually followed his siblings’ lead and moved to Burlington in 1977.

Joe worked for N.R.C, which became H.C. Starck, and then Bayer Company for 40 years.  He started as a shipping clerk and worked his way up the ladder to become the manager of the company’s shipping department. He was fortunate to retire at the age of 62.

Joe was very involved in his community and church.  He was a Third and Fourth Degree member of the Burlington Knights of Columbus.  He was a member of the organizations honor guard.  While other members sought leadership roles, Joe much preferred to be a worker.  He worked on the Bingo Committee every Tuesday night for decades.  He and his brothers often ran the kitchen for the K of C socials, Christmas parties, and club events.  He was also a very active member of Saint Malachy’s Church.  He and Anna Mae were Eucharistic ministers.

Joe’s family was the center of his universe.  The Saia clan were an extremely close family.  He and his brothers did everything together. Some folks couldn’t get their first names straight, so they were often just called the “Saia Brothers” which was fine with them.  Their families and his sister’s family were intertwined. Their children were like extended brothers and sisters to each other, and family gatherings meant a full house.  There were summer vacations to Cape Cod that always included multiple families.  The adults went to dances and socials together and were always there to lend a helping hand to one another.  Joe was the go-to person if something needed to be fixed.  At his home, he was the only male in the house and he loved telling everyone he was outnumbered.  He made a loving and welcoming home for his wife and daughters.  You could always find him working around his house, yard, and garden.  He spent hours in his vegetable garden always growing way too much for a single family.  His family and neighbors were often the benefactors of his harvests.  Sunday was a day that all his children and grandchildren gathered at his home, shared a meal, swam in the pool, watched a football game, and just enjoyed each other’s company.  You needed to have a good excuse to miss “Saia Sundays”. He was a loving and supportive father to his four daughters.  He was thrilled when they wed and their husbands became the sons he never had and brought some balance to house.  But the biggest thrill was becoming a Papa to his 10 grandchildren.  He would do anything for them.  He loved them all and was so proud of their achievements at school, sports, and activities.  But most of all he just cherished the time spent with them and seeing them grow up.  Joe had a wonderful life.  It was filled with family, laughter, and love.  He passed on many of the values he learned from his parents along with many of his own.  He will be missed but will always be lovingly remembered.

Visiting hours will be held at the Edward V. Sullivan Funeral Home, 43 Winn Street, Burlington on Thursday, January 19 from 10 to 11:30am, followed by a Mass of Christian Burial at St. Margaret Church in St. Veronica Parish, www.stveronicama.org, at 12pm. Services will conclude with a burial in Pine Haven Cemetery, Burlington.

Memorials in Joe’s name may be made to the American Lung Association of the Northeast, 1661 Worcester Rd UNIT 301, Framingham, MA 01701, www.lung.org.