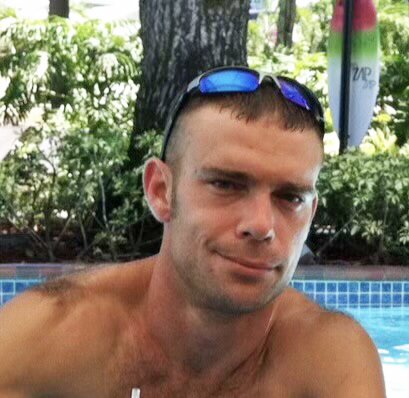 Denis Michael McMahon, a truck driver, passed away on Monday, January 16, 2023.  He was 44 years old. Denis was born in Winchester, the son of Andrea (Pineau) Litchfield and Denis Matthew McMahon. He was a lifelong resident Woburn. He had worked for App Tree Company where he drove equipment, cut trees, and delivered firewood.  He spent the last 6 years working for Superior SEALCOAT in Andover. At Superior he drove a tacking truck, plowed & sanded, and was part of their team repairing the runways at Logan Airport, which he truly enjoyed.

Denis had a wide range of interests. He enjoyed taking photos of wildlife and would spend days wandering the woods photographing the animals.  He made several model airplanes. He owned a Personal Watercraft and loved tooling around on Lake Winnipesaukee and the shores of Hampton Beach. He loved his dogs, “Happy” and “Ginger”. He particularly loved the sport of automotive racing. He was introduced to this sport by a friend and mentor, Richard Cail. Dick was like a second father to Denis. Dick owned a tow truck company and would take Denis out on tow truck pickups, be a part of the pre-race preparations, and brought him to many NASCAR Racing Events.

Denis was a man that passed too young. He was very outgoing and enjoyed time spent with his friends and coworkers. He was a very compassionate individual. There were many special memories of Denis from family vacations to San Juan, Puerto Rico and the East & West Coast beaches of Florida, where they spent their days swimming in the pool and the ocean. Those special times will be forever cherished.

Denis was the loving son of Andrea Litchfield & her husband Robert, and Denis Matthew McMahon of Bradford. He was the grandson of Carol Pineau of Woburn & the late Raymond Pineau, and the late William & Catherine McMahon. Great grandson of the late Dena Langone. Stepbrother of Kara Gilmartin & her husband John, and Steevie Rae Groves & her husband Jay. Nephew of Elena & Roger Stacey, the late Bill McMahon, and Catherine & Charles Keenan. Cousin of Kevin Williams & his companion Jannique Holland, and Alyssa Minasian.

Memorials in Denis’ name may be made to the MSPCA at Nevins Farm, MSPCA.org/donate, 400 Broadway, Methuen, MA 01844.

Share Your Memory of
Denis
Upload Your Memory View All Memories
Be the first to upload a memory!
Share A Memory