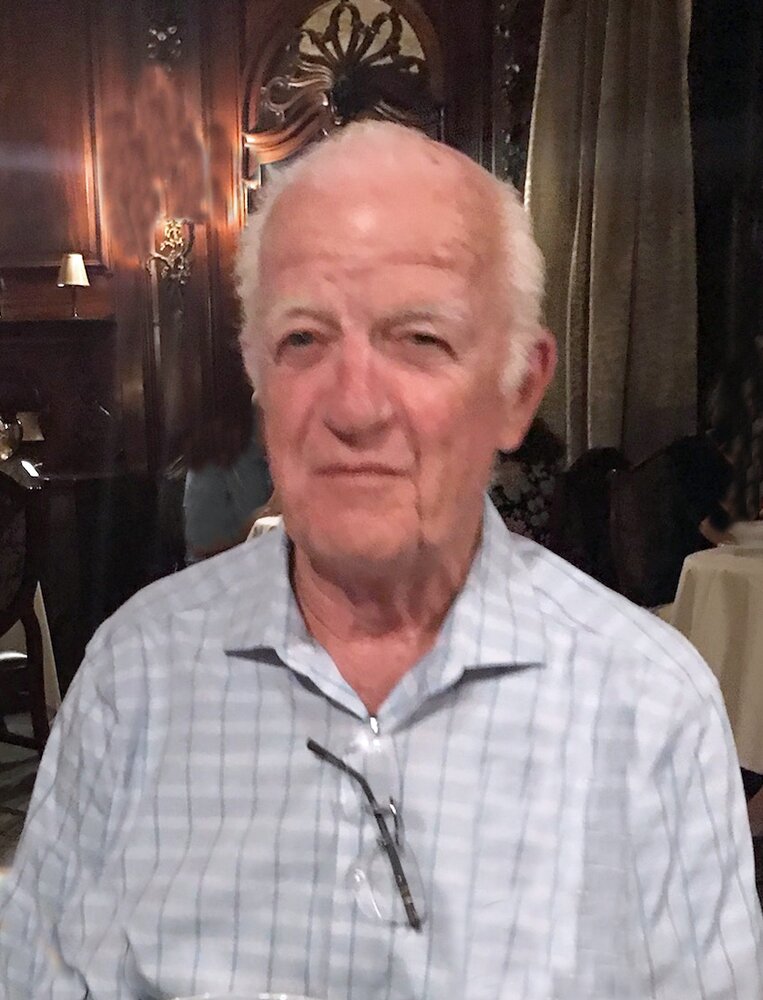 Alfred “Daniel” Aylward, a much loved and very loving husband, father, grandfather and brother, passed away after a brief illness on Monday, January 16, 2023.  He was 82 years old.

Dan was born in the family home in Everett.  He was the son of William and Mary Aylward.  He grew up and was educated in Dracut.  As a youth, he worked on the farms in his community.  As an adult he enjoyed working in his vegetable and flower gardens around his home.

At the age of 19 he enlisted in the Air Force.  He served from 1959 to 1963, held the rank of Airman Second Class, and served as an Air Military Police Officer.   The best part of his military career was meeting a fellow service woman, Carmen Garcia.  The two were married in 1961 while they were still in the Air Force.  Following his Air Force service, he served 3 more years in the Air National Guard.  He was very proud of his service to his country.  Dan and Carmen raised four children.  They settled in Burlington in 1968 to raise their family.

Dan worked as an electronics technician at General Electric, which later became Ametek, for 40 years. Dan and Carmen loved to travel;  they often would pack up the car with the kids and drive to Texas to visit family, and over the years they visited much of the United States.  Their most loved trip was a 3-week vacation to Germany with dear friends.  From 1989 to 2017, Dan lived in his dreamhouse built in Boxford, before downsizing to the current home in Methuen.

Dan was outgoing, friendly, and talkative and would often strike up a conversation with a complete stranger that would soon become a friend. He was always one that stayed fit and active.  He was a Fifth Degree Black Belt in the practice of Uechi-Ryu Karate.  He competed in many tournaments in Connecticut and Massachusetts many times with great success.  He loved children, music, being active, and animals.  Dan will be remembered for his great devotion to his family.

He was the devoted husband of Carmen (Garcia) Aylward for 61 years.  He was the loving father of Carmen Goguen & her husband Richard of Greenville, NH, William Aylward of Arcadia, FL, Lisa Matarazzo of Burlington and her longtime companion Thomas Hayes of Gloucester, and the late Daniel Aylward.  He was the proud grandfather of Arizona Goguen, Samuel Goguen, Lindsey Aylward, Kathleen Marshall, Amanda Matarazzo, and Dan Matarazzo.  He was also a caring and supportive brother  of Frances Aylward. He was pre-deceased by one sister, Kathy Aylward and his brothers, William Aylward; Arthur Aylward, who was married to Mary "Scotty" Aylward of Seabrook NH and their children Michelle Aylward and family of Florida, Michael Aylward and family of Connecticut, Anne Marie Novicki and family of Maine and Mark Aylward and family of Seabrook NH

At Dan’s request, he will be buried with his son at Chestnut Hill Cemetery in Burlington at a private service.

Memorials in his name may be made to St. Jude Children’s Research Hospital, www.stjude.org, 501 St. Jude Place, Memphis, TN, 38105.

Arrangements under the direction of the Edward V. Sullivan Funeral Home in Burlington.

Share Your Memory of
Dan
Upload Your Memory View All Memories
Be the first to upload a memory!
Share A Memory