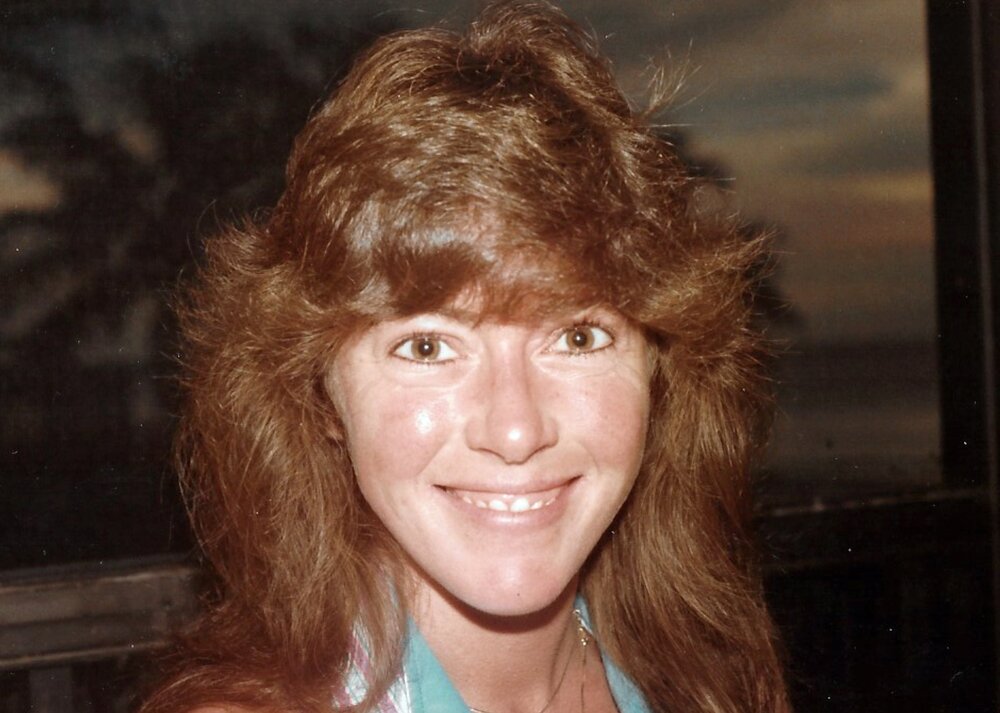 Lianne (Pyburn) Fratus, whose caring and warmth touched everyone fortunate enough to know her, passed away January 23 at the age of 65 after a long illness.

Nothing describes her better than to say that coming from Lianne, “How are you doing?” was not a generic greeting but a heartfelt invitation to share your woes and let her work her compassionate magic to maybe make you feel just a little bit better.

Lianne was born March 15, 1957 in Woburn, Mass., to Herbert and Ruth Pyburn. She grew up in the Four Corners neighborhood of the city and graduated from Woburn High School in 1975.

As a young girl in a home of four daughters, she could usually be found at her dad’s side, assisting him with everything from fixing cars to constructing a family pool and myriad other projects. That time with dad prepared her well for raising her own family, as she was now conversely the lone girl in the home.

Lianne and her former husband Ken Fratus raised sons Kyle and Devin in Georgetown, Mass., where she now learned to embrace a house full of sports enthusiasts. Whether it was cheering on her sons at one of their many athletic events, or cheering with them at a Red Sox or Bruins game, her heart rose and sank along with theirs.

Lianne had an artsy-crafty soul, and her special touch could be found all over their warm home in the curtains she made, the wallpaper she hung, the pictures – and walls – she painted, the decorations she created, even the floors she refinished.

Among her abundance of other talents and interests were beautiful calligraphic handwriting, poetry, backflips off the diving board, devouring books, preparing trays of food for her sons’ sleepovers and Super Bowl parties, creative cakes to celebrate birthdays or a championship by one of her boys’ Georgetown teams, and the seemingly daily apple-pancake breakfasts.

She later spread her arms wide to welcome her little “hot dog” Lucy, who helped make the house a little less quiet when Kyle and Devin went off to college.

She relished family trips, whether it was one of dozens of beaches they all loved, a campground, the mountains or even halfway across the country for a “Halls of Fame” odyssey. But what Kyle and Devin might remember most is how she could turn a simple trek to the mall or a nearby park into a special adventure.

After making sure her boys were well on their way to the kind, patient and thoughtful young men they are today – the apples falling not far – she returned to her lifelong ambition of becoming a nurse. That meant going back to school and studying hard all night long for more than two years, and in a group of mostly much-younger students, she finished second in her class at nursing school.

Not surprisingly, she decided to devote her new role as hands-on caregiver to elderly patients, who benefited from her incredible patience, kindness and empathy. Many of those blessed to have her at their side were living their last days. Lianne made sure that every one of them was treated with the warmth and dignity they deserved. More than once, loved ones of a former patient described her as “an angel” who had come into their parent’s life at the most difficult time.

As her health deteriorated in recent years she had to give up her calling, and while that was a sad day for her, it was assuredly an even sadder day for the countless future aging patients who would never know her calming voice, her gentle touch or her genuine love in letting them know that someone truly cared.

Lianne was the daughter of Herbert and Ruth (Currier) Pyburn of Woburn (both deceased). She was the beloved mother of Kyle and his wife Margaret of Topsfield, and Devin and his wife Lindsey of Andover. She was Grammy Lianne to Nolan, Nora, Claire, Eliza and Emmeline. She was the adored sister of Gail and her husband Ed Sicard of Fort Myers, Fla., and Leslie and her husband Larry Welch of North Andover, and Sandy (deceased) and her husband Bill Gagnon of Nashua, N.H. She was also a special aunt to numerous nieces and nephews.

Family and friends are encouraged to share their memories of Lianne at the Edward V. Sullivan Funeral Home, 43 Winn St., Burlington, on Saturday, January 28 from 11 a.m.-1 p.m., followed immediately by a memorial service at the funeral home from 1-2. Lianne will be laid to rest, with her parents, in a private family ceremony at a later date.

Donations in her name can be made to the Georgetown Public Library or High Pointe House in Haverhill.

Share Your Memory of
Lianne
Upload Your Memory View All Memories
Be the first to upload a memory!
Share A Memory