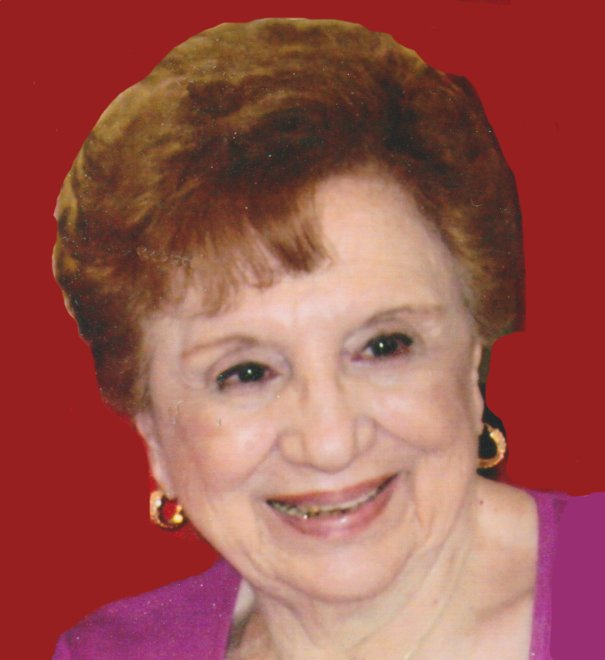 Concetta “Connie” Croce, retired Internal Revenue Service employee, passed away at the age of 100 on Wednesday night, January 23, 2019.  Connie was born and raised in Brooklyn, New York.  Her father,  Giorlando “George” Zaffuto, was born in Agrigento, Sicily and her mother, Angelina (Segreto) Zaffuto was born in Palermo, Italy.  Her father worked his way from a factory worker to a grocery store owner.  It was a good life for Connie growing up.  She was one of 6 children, they lived above and then across from the family store. They all helped in the family business, and things were not as bad for them as others during the Great Depression.  She left school at the age of 14 to go to work in the factories of New York City’s Garment District.   At the age of 19, she was introduced by her father’s cousin to a young Civil Engineer from Massachusetts named Frederick Croce.  A long distant courtship ensued and the couple were married in 1939.  They settled in the Orients Heights section of East Boston and started a family not long after.  In 1948 they purchased a home in Revere.  When her children were in school, Connie went back to work in a clothing factory.  She then applied and got a position at the Internal Revenue Service in Boston.  Over the years she kept on climbing the ladder until she reached the position of Head Cashier of the IRS’s Boston Corporate Tax Department.

Connie was a woman devoted to her family.  She learned many of her strong values from her mother and grandmother when she was growing up.  She made a loving home for her husband and children keeping many of the old Italian traditions that she had learned as a child.  She was a fantastic cook and loved Sunday dinners and hosting holiday celebrations with family, extended family, and friends. She was so excited to see her family grow with marriages, grandchildren, great grandchildren and even a great, great grandchild.

Connie was an active parishioner at St. Anthony Church in Revere and a member of the Ladies Sodality.  She volunteered  at Symmes Hospital, taught aerobics and participated in many of the activities, events, and fitness classes at the Burlington Council on Aging.  After her retirement,  she and Fred traveled to Italy, Russia, Israel, the Middle East, and Eastern Europe.  They also joined a square dancing club which they participated in until well into their 80’s. She was blessed with a full and well lived life that helped her reach the age of 100. Her family are eternally thankful to the nurses and staff at the Prescott House in North Andover for the wonderful care, compassion, and kindness they showered upon Connie in her last years.

Connie was the beloved wife of the late Frederick Croce. She was the loving mother of Helen “Lennie” DiGiorgio & her longtime companion Gene Sdoia of Lowell, Angela Lyons & her husband Joseph of Tewksbury, formerly of Woburn, and Henry Croce & his wife Joyce of Tyngsboro. She was the sister of the late Vincent Zaffuto, Rose Billeci, Millie Bellando, and Josephine Simone. She is survived by her brother, John Zaffuto, a WWII combat veteran age 98, who still resides in his home in Long Island, NY. She was the proud grandmother of Denise Frost, Matthew & David Croce, Debbie Mackey, Amy DiGiorgio Parenti, Michael & Richard DiGiorgio, and Joseph Lyons. She is also survived by 22 great grandchildren and 1 great, great grandchild.

A visitation will be held at the Edward V. Sullivan funeral Home, 43 Winn St., Burlington (exit 34 off Rt. 128/95, Woburn side) on Tuesday, Jan. 29 from 4-8 p.m. Funeral from the Sullivan Funeral Home on Wednesday, Jan. 30 at 9 a.m. Followed by a mass of Christian Burial in St. Barbara’s Church, 138 Cambridge Rd., Woburn at 10 a.m. Services will conclude with a burial in Pine Haven Cemetery, Burlington. Memorials in Connie’s name may be made to the Greater New England MS Society, 101A First Ave., Waltham, MA 02451 or www.nationalmssociety.org/Chapters/MAM/Donate. For directions obituary & online guestbook see www.woburncatholic.org or www.sullivanfuneralhome.net

Share Your Memory of
Concetta
Upload Your Memory View All Memories
Be the first to upload a memory!