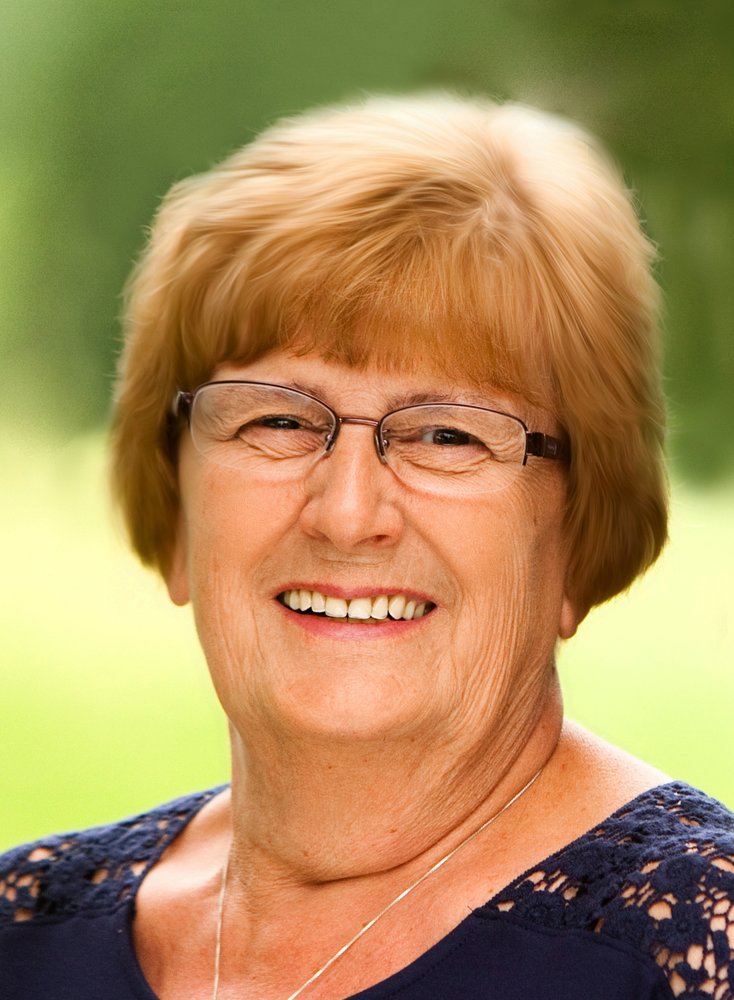 Nancy Jean (Conant) Hofferty, age 74, of Tewksbury, formerly of Burlington, passed away peacefully after a courageous battle with cancer, surrounded by her family on March 23, 2019. She was the beloved wife of John Hofferty with whom she celebrated 55 years of marriage last September. She was the daughter of the late Morton Conant and Linada (Perry) Conant. She was the sister of Dianne Wilay of Salem, NH; Frances Harnum of Westford; and the late Elizabeth Labo and Arthur Conant. She leaves behind four children and their spouses: Janet and Scott Hoffman of Chelmsford, Debra and Stephen Gordon of Littleton, Daniel and Karen Hofferty of Franklin and Cathy Hofferty of Burlington. Additionally, she was the extremely proud grandmother of eight grandchildren: Bobby, Kaleigh and Jordan Hoffman, Noah and Sarah Gordon, and Brendan, Sean and Kellie Hofferty. She also leaves behind her furry companion, Welkie.

Nancy was born in Concord, Massachusetts, but lived in Stoneham and Cambridge during her childhood. She graduated from Cambridge High and Latin School in 1962, married John, her high school sweetheart and started their family in Cambridge. They moved to Burlington, where they lived for 48 years, raising their growing family and becoming involved in numerous community activities such as Pop Warner Football, school PTOs and Camp Fire Girls. She served as a Town Meeting Member for many years. Nancy was also a preschool teacher for the Burlington Recreation Department for 20 years. Her proudest role, however, aside from parenting, was as an advocate for children with special needs. She assisted numerous families who relied on her expertise in navigating special education laws and appropriate placements for their children. As a parent of a special needs child, she saw this as her mission and worked tirelessly on the behalf of others. After retirement, she enjoyed her recent years cheering on her grandchildren at their various athletic events and theatrical performances as well as traveling with her husband and friends.

Arrangements through Edward V. Sullivan Funeral Home www.sullivanfuneralhome.net. In lieu of flowers, donations may be made to Massachusetts Eye and Ear Infirmary (MEEI): designated in memory of Nancy Hofferty and Oral Cancer Research www.masseyeandear.org/online-donation-form

27,074 days.  How can we possibly summarize how much life mom packed into that relatively short time? How many lives she touched and how truly special she was…

Mom left an impact on so many people  The ones you would expect…her husband, her four kids and their spouses, her eight grandkids and extended family… her friends and neighbors, her past clients, roommates during hospital stays, medical team members and sometimes total strangers.

She lived by the motto “a stranger is just a friend you haven’t gotten to know yet”.  We are quite sure there were very few strangers left for mom to know.  This could not be more apparent than during the last few days, when tributes started pouring in about “Nancy the advocate, the earth angel, a true trailblazer, my hero.”

Many of these comments came from families mom assisted through her advocate work.  What started as a personal journey to help her own daughter obtain the special education services she needed became a lifelong commitment to helping other families fight their own battles.  She treated every client with equal determination and before we knew it, many of them became like family to her.

Mom showed this same perseverance to succeed when faced with her own health challenge.  She quickly became a special patient to all of her medical team members.  Dr. Alessa Colianni, a resident at Mass Eye & Ear, wrote a beautiful essay regarding Mom’s medical journey which will soon be published in “The Journal of the American Medical Association.”  In this essay, Dr. Alessa recounts mom’s game of casting her medical team as characters from her favorite tv drama, Grey’s Anatomy.  Unfortunately, she very seldom used their real names, forcing us, her family members to ask for Dr. McDreamy or Dr. Grey when we had questions.  This would have been totally embarrassing except everyone knew their nicknames…Mom made sure of that.

As a competitor, Mom had no equal.  Whether it was getting the most snowfall during a winter storm (despite the official report) or insisting she could use jokers in a pair when playing Mahjong,  she wanted to win. That being said, sitting next to her during a sporting event would guarantee you would miss some of the big plays because she was busy getting to know the people in the stands. That didn’t stop Mom from cheering the loudest,  however, even if it was a few minutes late.  Rain or shine, Mom was a loyal sports fan not only for the New England Patriots but also every team any one of her family members ever competed on…track, field hockey, lacrosse, soccer, football and cheerleading.   Her support did not stop with athletic events.  She displayed the same gusto with the kid’s theatrical pursuits even though we later found out she doesn’t really like Shakespeare. Nevertheless, she enjoyed every single performance.

To Mom, family was everything.  She loved nothing more than all of us being together. It was amazing how she could magically change what was meant to be a small gathering into a major celebration with more than enough food to feed an army.  The more, the merrier.  Even when the house was full, there was always room for the dogs, adding to the general chaos. Mom loved her Welkie and all the furry family members before him as fiercely as her human children. Mom loved all holidays, especially Christmas. She wanted to share that joy with everyone.  Hosting Santa cookie parties remains a favorite memory for everyone.  The guest list grew each year and as the grandchildren grew older, Mom quickly found more believers to have a cookie and sit on Santa’s lap.

55 years ago, Mom married her best friend.  They were just kids when they started out and we think it is pretty amazing that we all turned out okay.  Life was not always easy for them, but family came first.  We were happy that in recent years our parents were finally able to cross some things off their bucket list and focus on their own adventures.  Although they traveled to many wonderful destinations, Prince Edward Island was Mom’s “happy place” where she could fish, eat lobster, play card games, visit with family and see Anne of Green Gables for the 100th time.

There are very few people in Burlington who didn’t know our mom.  Perhaps they called her Miss Nancy, their pre-school teacher, or their town meeting representative.  We know she worked on that land locked parcel.  We still don’t know what it was, where it was located, or whether it ever got unlocked.  People admired her for her tenacity and dedication to causes close to her heart.

To us, she was our mom…someone who sometimes talked a little too much, loved a good food fight, never wanted to grow up, had a crazy sense of humor, and loved us all unconditionally.

Share Your Memory of
Nancy
Upload Your Memory View All Memories
Be the first to upload a memory!