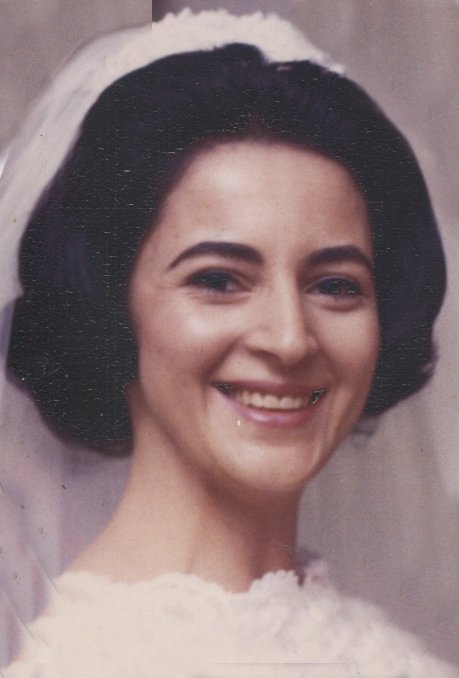 Joan (Tobio) Dirienzo, passed away at the Elliot Hospital in Manchester, New Hampshire following a brief illness. Joan was the beloved wife of 47 years of Dominic Dirienzo and had just celebrated her 78th birthday.

Joan was born in Allston. She was raised in Watertown.   She was one of eight children born to the late Salvatore and Angelina Tobio.  Joan was a graduate of St. Patrick High School in Watertown.  She went to school to become a Graphic Designer.  Joan worked briefly as a Graphic Designer at Purity Supreme. She then went on to have a successful career as an Office Manager.  It was while working that she would meet a man named Dominic whose office was in the same building as Joan’s.  They would chat during breaks and lunches in the cafeteria.  They eventually started dating and married at St. Patrick’s Church in Watertown in 1972.

Joan was a dynamic and organized worker.   She was an asset to every company she worked for and was a model employee.     Joan loved a challenge and would take on any project that was presented to her and go above and beyond.   She was respected and admired by all those she interacted with.  Joan retired from Lowell Cogen where she worked as an Office Manager for over 15 years.

Joan and Dom had a wonderful life.  They weren’t just husband and wife they were best friends.   They were together over 53 years and married for 47.  They lived in Burlington when they were first married and then moved to Reading and Lawrence.  They built their dream home in Londonderry New Hampshire in 2003.  Joan loved their home and the nature and animals surrounding. Nothing gave her greater peace and tranquility than sitting on her back deck and feeding the animals and birds.  She was a true nature lover.

Joan was an awesome aunt to her nieces and nephews.  They were an important part of her life.  There wasn’t anything she wouldn’t do for them and they felt the same way about their Aunt.   Joan was a humble woman who did not want to be the center of attention.  She was always putting the needs of others above her own.  Joan will be remembered as a kind, compassionate and loving woman who had a wonderful 53 years with her husband Dom who was the center of her life.

Joan was the beloved wife of Dominic. She was the loving sister of Mary Tompkins and Louise Scalzi of Framingham, Ruth Tobio of Burlington, Irene MacDonald of Waltham and the late John, Anthony and Salvatore Tobio, Jr.  Sister-in-law of Joanne Glynn of Methuen and Sonny Dirienzo of Burlington.  Joan is also survived by many nieces, nephews, great nieces and great nephews.  Visiting hours will be held at the Edward V Sullivan Funeral Home, 43 Winn St., BURLINGTON (Exit 34 off Rt. 128/95 Woburn side) on Wednesday, July 31 from 5-8 p.m.  Funeral from the Funeral Home on Thursday, Aug. 1 at 9 a.m.  Followed by a Mass of Christian Burial in St. Margaret’s Church, 111 Winn St., Burlington at 10 a.m.  Burial in Chestnut Hill Cemetery, Burlington.  Memorials in Joan’s name may be made to the American Cancer Society, 30 Speen St., Framingham, MA 01701