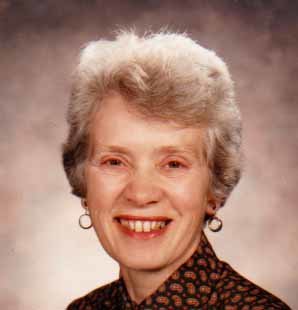 Obituary of Olive A. Bruce

Olive A. Bruce, a librarian and Burlington resident for more than 56 years, died on August 29th at Edgewood Retirement Community in North Andover MA.  She was 95 years old.

Born Olive Ann Bridge, she was raised in Wakefield, MA.

She graduated from Simmons College, School of Library Sciences, in 1946.  After graduation, she worked in the Harvard Law School Library and in the Worcester Free Public Library as a cataloger.

She moved to Burlington in 1954 with her husband John L. Bruce (who passed away in 1978) and their two children, and lived there until she moved to North Andover in 2010.

In 1958, she became the first school librarian in Burlington, establishing the high school library, and continued there for 16 years before moving to Marshall Simonds Middle School library for nine years.

Mrs. Bruce was active in the American Red Cross blood drive program and in the Burlington Historical Society.

Mrs. Bruce never drove; she was a familiar sight throughout Burlington as she did most of her errands on foot, stopping at friendly businesses along her way to discuss the latest Red Sox happenings.  Although many folks offered her rides home, she preferred to walk, even in rain and snow!

She leaves behind her daughter Nancy Bruce of Winston-Salem NC, her son Richard, his wife Cheryl, and their sons Nathan and Elliott of North Andover, as well as her beloved nieces Cynthia Bridge and Deborah Delman, and nephew Douglas Bridge.

In lieu of flowers, memorials in Olive’s name may be made to the Friends of the Burlington Public Library, 22 Sears Street, Burlington, MA 01803

Share Your Memory of
Olive
Upload Your Memory View All Memories
Be the first to upload a memory!