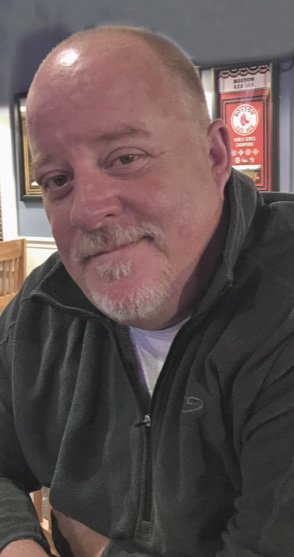 William Francis Murphy III, aka Billy, Liam, Murf, Chilly, Murray and other names not suitable for print, passed away on April 22nd at the age of 52. He took with him his irrepressible smile, his razor sharp wit, his utter and complete devotion to his devoted partner, Renee, his two sisters, Gail and Kate, his many cousins, his huge extended family and legions of friends - leaving a giant Billy sized hole in all of our hearts.

What he did not take with him are the gifts that he gave to us to keep - the millions of memories, moments,  laughs, and pure, unconditional love that he spent a lifetime pouring into us and the world around him.

From his sister Kate: I was always proud to be Billy’s sister because Billy Murphy was special. He was one of a kind, someone you remembered after meeting only once. Because of how he made you feel, how he made you laugh, at yourself, and at the world. Billy was old school. He had integrity, honesty and loyalty. If you were Billy’s friend, he was yours for life. And if you were his sister, he put you first, above all else, and protected you and loved you, no matter what. That love was one of the greatest gifts of my life.

All of us have a Billy story – or many Billy stories, because his relationships were long, wide and deep - and we would love to hear yours.  I’ll start:

When my husband was going to ask me to marry him, he decided to call Billy to ask his permission. Not because it was needed, as I would have done whatever the hell I wanted regardless, and not to mention that the oldest sibling asking the youngest sibling for permission to do anything is absurd, but because my husband knew that Billy saw himself as my protector, head of the family and therefore deserving of that honor.  He called Billy and said he had an important question for him. Before hearing what it was, Billy said “You need help burying the body, right?”.

As he did in life, I know Billy watches over all of us. Probably judging, now that he’s up with the angels.  Have at it Liam, I have a long memory.

Please share your stories, we would love to add them to our own.

Share Your Memory of
Bill
Upload Your Memory View All Memories
Be the first to upload a memory!