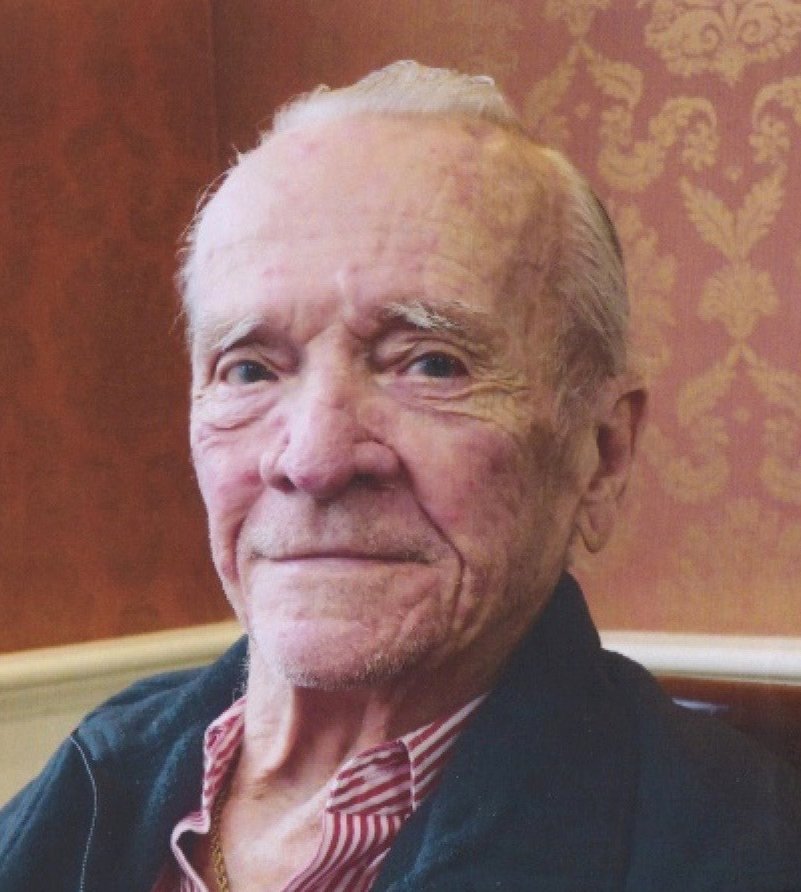 John James Robinson, Jr. passed away at Brightview in North Andover on Friday, June 5, 2020. The beloved husband of Roberta (MacMillan) he was 84 years old. Jim was born, raised, and educated in Medford.  He was the son of the late John and Georgianna Robinson.   Jim was a veteran of the Korean War serving his country in the United States Air Force from 1954 – 1957.  He was the recipient of the National Defense Service Medal and the Good Conduct Medal.  After the service Jim went to work as a Production Supervisor in the Electronics Industry.  He worked at Cambion in Cambridge for close to 30 years. Jim would meet his future wife Bobbie when they were in the 7th and 8th grades at the First Baptist Church in Medford.  They married in 1956 and moved to Burlington in 1965. They were longtime members of the United Church of Christ Congregational in Burlington.  During their retirement years they moved to Venice Florida.   Even though he did not have a boat, Jim was a member of the Venice Yacht Club. This allowed a weekly opportunity to enjoy his passion for music and dancing. He was also a longtime member of the American Legion in Burlington.  Jim had many interests. He was an avid Boston Sports Fan (with the exception of liking the Yankees) and he enjoyed a good game of poker.  Jim also had a passion for every kind of music, especially Jazz.  He was a forward thinker and treated everyone equally.  Jim will be remembered for his sweet personality and his wonderful “million dollar” smile that he charmed everyone with.

Jim was the beloved husband of 64 years to Roberta (MacMillan).  He was the loving and supportive father of Susan Maher & her husband James of North Andover, John Robinson of Billerica and William Robinson of Woburn.  Proud grandfather of Sara Kate, Olivia, Jacob and William Robinson, Jr.  Brother of Richard of CO, Linda Dahlberg of Newburyport, and Lawrence Robinson of CO.    Funeral Services will be private.

A Celebration of Life will held at a later date. In lieu of ﬂowers memorials in Jim’s name may be made to the Salvation Army, Ain:  Development, 25 Shawmut Road, Canton, MA 02021  www.massachusetts.salvationarmy.org

Share Your Memory of
Jim
Upload Your Memory View All Memories
Be the first to upload a memory!