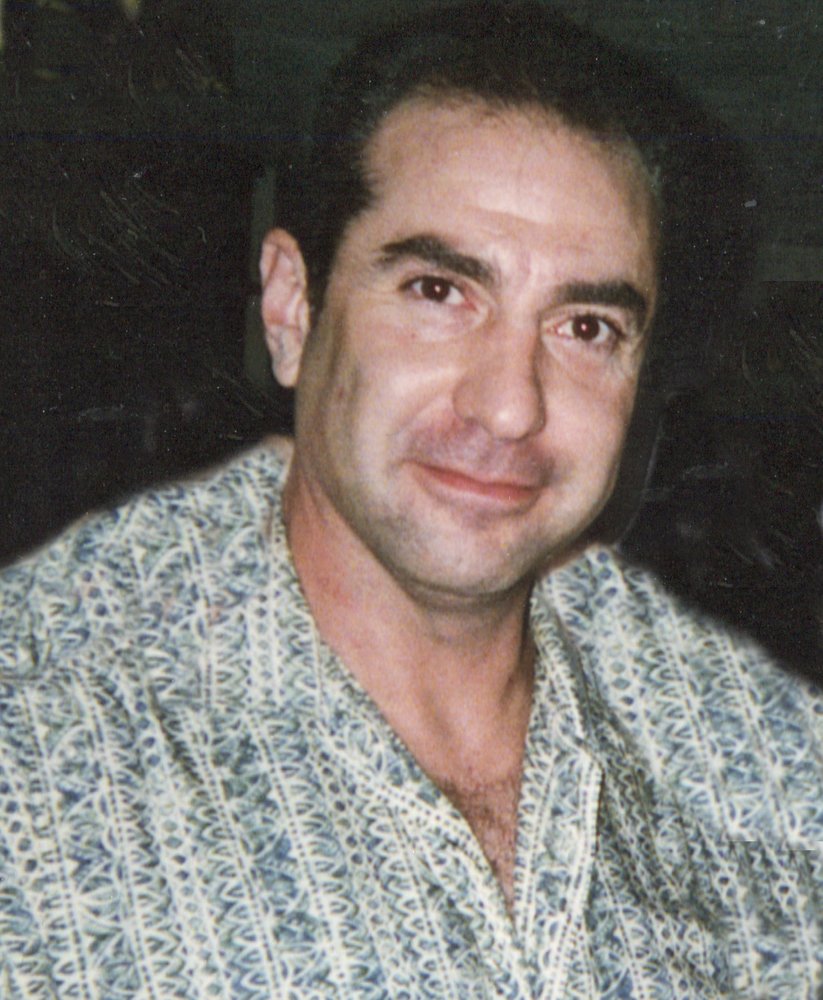 Click on the above LINK to access our facebook page (sign-in not required).  Funeral service will be available for viewing at approximately noon on Thursday, June 18th.

Michael Stojanov passed away, unexpectedly at his home on Saturday afternoon, June 13, 2020.

Michael was born in Winchester. He was raised and educated in Burlington and a 1983 graduate of Burlington High School. During High School, he played soccer and had a keen interest in photography. Additionally, at the age of 8, he demonstrated an extraordinary talent at the game of golf. He would play the game with his father during which other golfers would stop in their tracks after witnessing him hit the longest drive. So amazed were they, that many commented to his father that he should consider pursuing this talent as he was extraordinarily gifted. Michael had many interests throughout the years. He was passionate about physical fitness and overall health/wellness. He ultimately obtained certification as a personal fitness trainer. From there, he secured a position as the Fitness Director at a local gym, training clients for a variety of competitions. In 1993, Michael entered the Massachusetts Bodybuilding Championship, placing third. The preparation for this competition required months of rigorous training and dietary restrictions. His excitement for fitness was contagious, drawing family and friends to train side by side with him.

He eventually moved on to launch his own business as an expert automotive locksmith. Michael was exceptionally good at his job and received many favorable reviews from his customers. One such customer stated that Michael’s service was prompt, affordable and that Michael was polite and pleasant to deal with. Some were so appreciative with his competent and professional service that he would often leave with a gift. More recently, Michael was hired to work as a bartender at the Ruth’s Chris Steakhouse in Assembly Row, Somerville. With his friendly personality and great sense of humor this was a perfect job for Michael. Customers quickly warmed up to him and when they returned to the establishment, they would make a point to sit in his section of the bar. With the restrictions that came in March related to COVID-19, he had been placed on furlough and was eager to return.

Michael was a handy person and could fix anything from a toaster oven to a snow blower.   He was one of those people that never needed instruction around how to assess what the problem was or how to fix it. It was commonly known amongst family friends and neighbors that Michael’s sisters were prone to “breaking things” in and around the house, primarily when the parents were out. As the panic set in around how to repair the broken item before their return, they quickly summoned Michael to repair the chair, table or hole in the wall (Michael’s response was to simply put a poster up to hide the damage to the wall:brilliant!). He always wanted to be helpful so much so, that when he found the dream mermaid Halloween costume requested by his daughter, he spray painted it a different color as she did not like the original.

Michael had a close relationship with his two sisters, Helen and Michele. Being a kind person and a “jack of all trades,” he would respond in a moment’s notice if either sister needed something. He often changed the oil in Michele’s car and replaced her breaks on more than one occasion. Paul relied on him for mentoring or advice around how to approach a home project, knowing that Michael would simply take over and complete the repair or project (phew!). He was devoted to both his mother and father and loved them unconditionally. As a family they took many trips together with one memorable trip to Italy when all their relatives from Serbia and the Stojanov family from the United States gathered for a wonderful family vacation.

Michael’s pride and joy was his daughter Mila. Simply said, he adored her. They loved to take day trips together to York Beach and would pack a picnic lunch to enjoy at Nubble Lighthouse. Michael and Mila were both huge Agatha Christie Fans. They watched and followed the Poirot series together.   His time with Mila were the highlights of his life. He took great pride in seeing her grow to become a beautiful young teenager. Truth be told, she has a similar dry sense of humor and is just as loving and kind. She loves family traditions as much as he did. He especially relished holiday time with her and put a great deal of time and thought into the perfect gift.

If you were fortunate enough to know Michael, there is no denying that he would give you the shirt off his back.

Beloved and proud father of Mila Stojanov.  Loving son of the late Slavko and Nadezda Stojanov.  Loving brother of Helen Acford & her husband Paul and Michelle Stojanov all of Burlington.   Funeral Services & Burial will be private for the family, but you are welcome to watch a live stream of the Funeral Services by going to the Edward V Sullivan Funeral Home website on Thursday, June 18 at Noon.   For memorial video, online guestbook and link for live stream see www.sullivanfuneralhome.net

Share Your Memory of
Michael
Upload Your Memory View All Memories
Be the first to upload a memory!