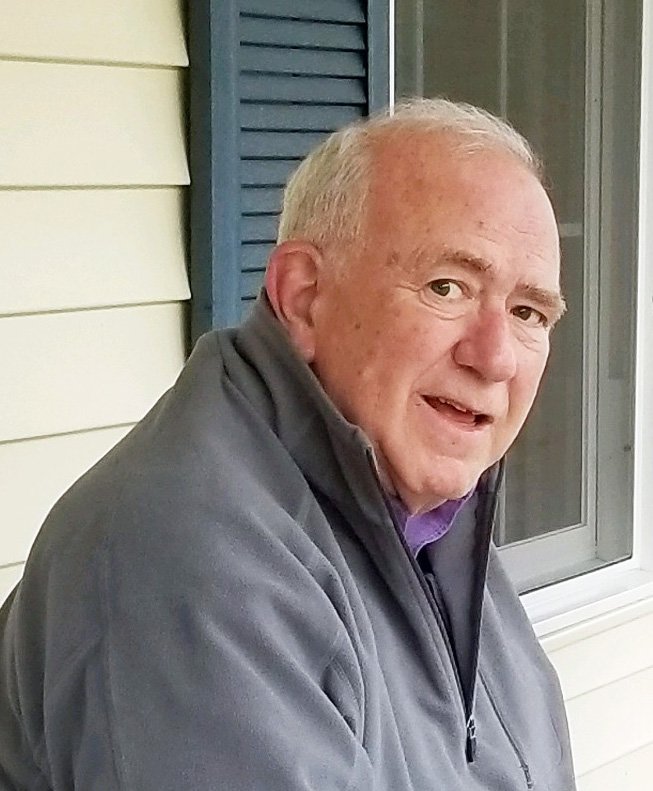 The above link will bring you to our facebook page (sign-in is not required).  Funeral mass will be begin live-streaming at 10am on Monday, August 24th.

Leo J. Scammon, a retired Industrial Engineer and Facilities Manager at Raytheon passed away on Saturday night, August 15, 2020.  He was 71 years old.  Leo grew up in Natick and was a graduate of Natick High School Class of 1966.  He went on to Northeastern University where he earned his Bachelor of Science Degree in Engineering.  There were quite a few advantages Leo received from going to Northeastern University.  His education gave him a great foundation on which he built his career path. His Northeastern internship led to a 43 year career at Raytheon, and while working his internship at Northeastern he met a coworker, Therese Vigneau, whom he would eventually marry in 1973.  Leo started his career as a draftsman and continued to move up the ranks to become an engineer and manager of facilities.  He worked at Raytheon’s Sudbury, Marlborough, and Wayland facilities among others.  He helped design the Hagar facility in Marlborough.  Leo had several skills that helped him to be so successful which included a strong work ethic, a mastery of planning and implementation, and an ability to connect with others.  He could interact with the workers on the floor all the way to the upper management in the same professional, but warm, way that made him so well liked and respected.  He participated in most of Raytheon’s extracurricular activities including their golf, volleyball, basketball, and softball leagues.  He retired at the age of 62 leaving his fingerprints all over the facilities he worked in and managed.

Leo was the same way outside of work.  He was a leader, planner, and genuinely cared about others.  He coached Burlington Little League Baseball and Burlington Youth Soccer.  He was the coach kids always remembered because he was fair, played everyone, and taught them good sportsmanship.  He loved participating in and watching all sorts of sports. He even took a security job at Sullivan Stadium so he could watch the Patriots up close and for free. During the winter months, for his children and grandchildren he would spend endless hours transforming his backyard into a hockey arena complete with ice, boards, stands, and a fire pit for the players and parents to keep warm.  He just loved seeing the kids having fun, partly because he was always a kid at heart. His early days were spent having Swiss Family Robinson style adventures and playing ball and ice skating at the Cole School. He was the planner and historian for his family.  He planned the best trips that always involved a sense of adventure and detailed itinerary.  He took his family to the 1996 Olympics that were held in Atlanta, a baseball stadium tour that covered much of the Northeast ballparks, all of the Halls of Fame, Red Sox Spring Training, Kentucky, Niagara Falls, the Kancamagus Highway and every river, waterfall and lake in New England, and the yearly Scammon, Vigneau, and Vamivakas summer vacation on the beaches of Cape Cod.  He always included activities, sites to be seen, games, and plenty of fun. Leo always had his camera with him so that he could document and share the family’s experiences.  His basement is full of photo albums.  Leo made his family the center of his universe and enriched, supported, and filled their lives with countless family memories packed with laughter, fun, and love.  Leo’s passing will leave a huge void in the hearts of all he loved, but his memory and legacy will live on their hearts as they continue the path that he has paved for them as a husband, best friend, parent, grandparent, and role model.

Leo was the beloved husband of 47 years of Therese M. (Vigneau). He was the loving and supportive father of Tara Kosinski & her husband Timothy of Burlington and Robert Scammon & his wife Bevin McRoberts of Hudson, NH. Devoted son of the late Redmond L. Scammon and the late Virginia (Hart) Scammon. He was the proud grandfather of Therese, Antonino Leo, & Grace Kosinski. He was the cherished brother of Anne Thorpe of TX, Jean Tobin & her husband Robert of Utah, and Paul Scammon & his wife Kim of Greenfield and brother-in-law of Mary & Nick Vamivakas of Burlington, Robert & Joanne Vigneau of Burlington, Peter & Deborah Vigneau of Burlington, and Paul Vigneau of Woburn.  Leo was a dear uncle to many nieces and nephews and is also survived by many friends.

A visitation will be held at the Edward V. Sullivan Funeral Home, 43 Winn St., Burlington (exit 34 off Rt. 128/95, Woburn side) on Sunday, August 23 from 3-6 p.m. A Mass of Christian Burial will be celebrated at St. Margaret’s Church, 111 Winn St., Burlington on Monday, August 24 at 10 a.m. with a 100 person limit.  Covid-19 precautions will be in place. The interment will be private. Memorials in Leo’s name may be made to People Helping People of Burlington, MA. For directions, obituary, video tribute, and live stream of funeral mass see www.sullivanfuneralhome.net.