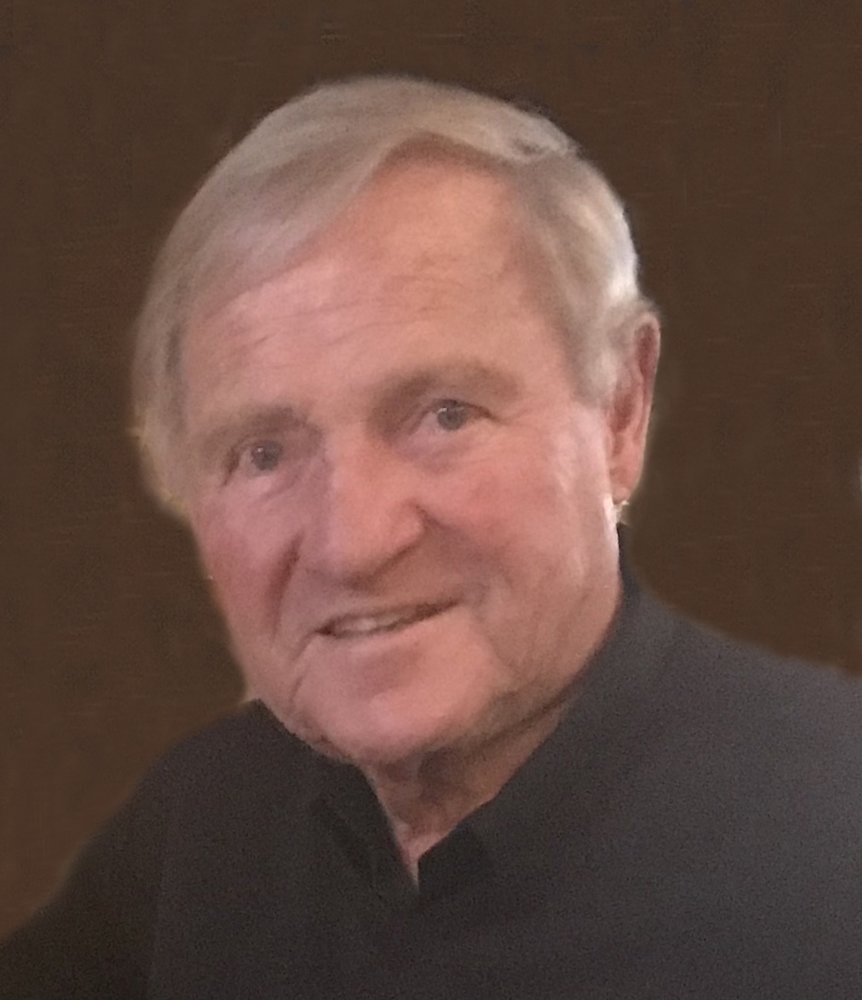 The above LINK will bring you to our facebook page (sign-in is not required).  The live-stream will begin a few minutes before the Funeral Mass on Friday, November 6 at 10 AM

Ronald (Ron) C. MacKenzie, retired Massachusetts State Senator, passed from this earth on Thursday, October 29th, 2020. His life partner and fiancée, Anne, was by his side along with some very close friends and family.

Ron was 86 years old. Ron was born in Waltham and raised in Winchester. He was the son of the late Area and Gordan Sidebotham. Ron adored his mom, and Gordan was a great influence on Ron’s life. Ron graduated from Winchester High School in 1952 where he excelled in baseball and hockey, which lead to his induction into the Winchester High Sports Hall of Fame in 2016. After high school he attended Dartmouth College, where he also was a member of the baseball and hockey teams. He became a proud graduate in 1956 with a Bachelor of Arts Degree in Economics. Ron received his Masters Degree from Boston University.

After college he served his country in the United States Army from 1956 – 1958 where he achieved the rank of 1st Lt. He served as State Senator from 1967 – 1977. From 1971 to 1977 Ron served as Assistant Minority Floor Leader in the House. Ron worked on many important pieces of legislation that positively affected Massachusetts. During his tenure in the Senate he also attended Suffolk Law School, graduating in 1976. In 1981 Ron became the Town of Burlington Director of Veteran Services where he was a dedicated advocate for Veterans in Burlington. He then went on to open his own law firm in Burlington.

In 1958 Ron and his wife Jan would settle in Burlington where they would raise their two children, Jody and Scott. Ron was very involved in his children’s lives while they were growing up and he never missed any of Scott’s hockey games or Jody’s equestrian competitions. Throughout the years Ron made many significant contributions to the growth of Burlington. He fought hard to bring Lahey Clinic to Burlington. Ron was on the Board of Directors for the Burlington Community Life Center/Burlington Youth and Family Services for over 30 years and was supportive of mental health needs for Burlington Youth and their families. In the spring of 1988, while he was the Veterans Agent, Ron was instrumental in incorporating People Helping People as an umbrella organization combining the Burlington Community Pantry, the Covenant for Basic Needs, and the Burlington Holiday Program.

Ron played on the state senate hockey team, alongside many Boston Bruin greats. He played in the Charles Schultz “peanuts” invitational in California into his 70’s. An ardent traveler, from Africa in his 30’s to Italy in his 70’s, Ron saw the world. His favorite pastime may have been playing golf and smoking a cigar, but he was happiest watching his children and grandchildren playing sports and riding horses.

Ron, the man, was far too special to capture with words. Everyone who knew Ron knows that the words in this prose won’t capture his essence. He lived a full life. He experienced true heartbreak and still powered through with nothing but positivity. His great attitude was unequalled.

In his second chapter, Ron lived another full life. He and Anne traveled the world – Ireland, Italy, Paris, the islands, and more. Not a drop of champagne wasted.

When the wear and tear of his hockey career took a toll on his knees, he and Anne still danced and took to the waters for kayaking. And they had a blast. They took great pleasure in the condo at Vero Beach and made it a great place for friends and family to visit.

Ron was a wonderful man who loved well, brought joy to everyone he knew; and made many significant contributions to the community he lived in. There is a champagne glass, a nice stogie, and a golf cart with a couple of cold ones ready for him to hit off the first tee!

Ron was the beloved life partner and fiancée of Anne Murray of Burlington. Husband of the late Jan Lee (Proctor). He was a loving father to the late Jody Joyce and the late Scott MacKenzie. His North Carolina Family, that will miss him dearly include Kevin Coady & his wife Anita and Papa of ; Paul, Michael, and Kayden Coady as well as David Coady & his wife Jill. Ron was Grandfather to Scott MacKenzie, Danielle Conroy & her husband Brian, and Great Grandfather of Kayla Conroy. Brother of the late David MacKenzie & his wife Serena. Visiting hours will be held at the Edward V Sullivan Funeral Home, 43 Winn St., BURLINGTON (Exit 34 off Rt. 128/95 Woburn side) on Thursday, Nov. 5 from 5-7 p.m. Funeral from the funeral home on Friday, Nov. 6 at 9 a.m. Followed by a Mass of Christian Burial in St. Margaret Church of St. Veronica Parish, 111 Winn St., Burlington at 10 a.m. Burial will be private. The Mass will be live streamed at 10 a.m. linked to Ron’s obituary on the Sullivan Funeral Home website. In lieu of flowers memorials in Ron’s name may be made to a charity that was dear to Ron’s heart and he was instrumental in the development of, People Helping People, PO Box 343, Burlington, MA 01803 www.peoplehelpingpeopleinc.org For directions, obituary, online guestbook, memorial video and live-stream of the Mass see www.sullivanfuneralhome.net & www.burlingtoncatholicma.org

Share Your Memory of
Ronald
Upload Your Memory View All Memories
Be the first to upload a memory!