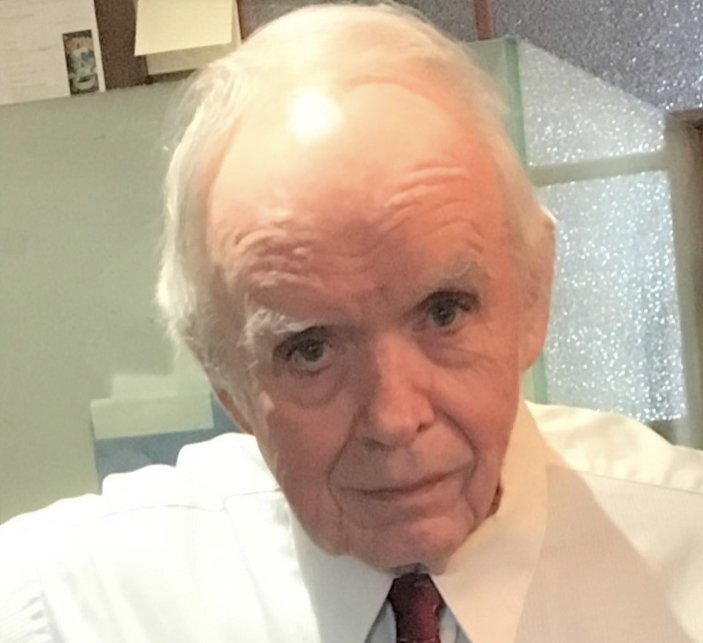 Clicking on the link above will bring you to our facebook page (sign-in is NOT required) to view the Funeral Mass.  Video will be posted the afternoon of Thursday, Jan 7th.

He graduated from Woburn High School in 1957 and after graduation went on to work at an Insurance Company in Boston with his twin brother Dan, until the company relocated to Foxborough. Joe then enlisted in the army and remained in the army reserves for many years. Eventually he began his career at the Ivex Corporation in Newton Upper Falls as a computer programmer until his retirement in 2005. During those years he worked several additional jobs to support his family, including at Lechmere, and running a newspaper route.

Joe was a. Life. Member of the Woburn Elks, 908 and a longtime member of St. Anthony’s Catholic Church in Woburn. His life changed forever when he met his future wife on a blind date. He married the love of his life, Eileen (Pineau) Savoia, on Aug. 28, 1965 and settled in Woburn to raise their 4 sons. They happily shared 50+ years of marriage. Joe was the true definition of a family man and always put them first, he truly had a heart of gold and will be missed by all who knew him.

Joe was an avid sports fan and particularly devoted to the Red Sox. A high point in his life was a visit to the National Baseball Hall of Fame and Museum with his twin brother Daniel, and his son Joseph, whom all shared that very same passion for Baseball. He was a league member at the Woburn Bowladrome, and loved family cookouts, where they happily shared Eileen’s delicious chicken wings.

In his retirement, he continued to work as a crossing guard for the Woburn public school district, and as an usher at the Woburn showcase cinemas.  Joe also enjoyed meeting with longtime friend, the late Edward Fleming, and other friends and neighbors at Dunkin’ Donuts as well as Frannie’s Restaurant in Winchester.

A Mass of Christian Burial will be held at Saint Anthony Church, 857 Main Street, Woburn on Thursday, January 7 at 11 a.m.   Services will conclude with a burial in Woodbrook Cemetery, Woburn. In lieu of flowers, memorials in Joseph’s memory may be made to the Dana-Farber Cancer Institute “The Jimmy Fund”, P.O. Box 849168, Boston, MA 02284-9168 or www.jimmyfund.org.