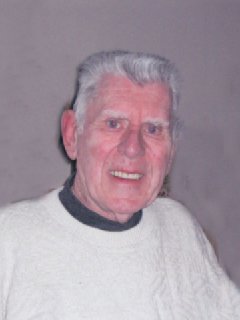 By clicking on this link you can see the live-stream of the private funeral services for Jim on Friday, January 8th at Noon

James J. Duffy, retired Custodian for the Burlington School system, passed away at his home on Sunday morning, January 3, 2021.  The beloved husband of Joan E. (Sehlin) he was 89 years old.

Jim was born, raised, and educated in Arlington.  He was the son of Irish immigrants the late Patrick and Mary Duffy.  Jim was a graduate of Arlington High School.   Jim was quite the athlete in high school and played hockey.   After high school he served his country in the United States Navy from 1951 – 1955.    During his service he served on the USS Knapp (DD-653), a fletcher-class destroyer. He was the recipient of the National Defense Service Medal and the Korean Service Medal.   His service to his country was a very important part of his life and he was a long-time member of the American Legion.

After the war, in 1957, he married Joan Sehlin.   They moved to Burlington where they would raise their two sons.  Jim worked for Houghton Mifflin from 1955 – 1973.  He then got his dream job working for the Burlington School System as a Custodian.   It was the perfect job for Jim. He worked at all the schools and was respected by all the teachers and students.     He was so good at his job that he was eventually promoted to Head Custodian at Marshall Simonds Middle School where he retired from in 1997.

Jim was an avid sportsman.  He enjoyed fishing and in his younger years played baseball with the Police League in Arlington. He also followed all the Boston sports teams.   Jim and Joan enjoyed traveling and had visited destinations all throughout the United States and Canada.    Jim found his greatest joy just being home.  He was a true homebody; his life was his family.  The perfect day for Jim was being home with Joan, watching his sports team on television, reading the daily paper from front to back and a visit from his children and grandchildren.  Jim will be remembered as a quiet man who always put the needs of his family ahead of his own.

Funeral Services will be private, but the family invites you to watch a live stream of the service on Friday, Jan. 8 at Noon by going to the Edward V Sullivan Funeral Home website and click’s on Jim’s obituary.  Burial will be private.