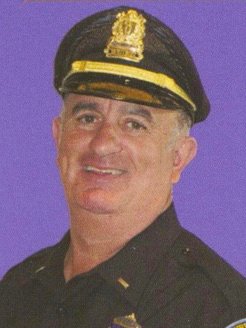 Walter Ronald Bevis passed away peacefully at home surrounded by family on Saturday morning March 13, 2021 after a courageous battle with cancer. He was 72 years old. Walter was born in Somerville, MA. He was the son of Walter Reginald Bevis and Eleanor (Phillips) Bevis. Walter's family moved to Burlington when he was five years old. He was a brother to three sisters and loved making his parents proud.  He was a 1966 graduate of Burlington High School.  Walter earned college degrees from Middlesex Community College, Northeastern University and a master’s degree from Western New England College.

Walter served valiantly in the Army during the Vietnam War.  He was a member of the 801st Maintenance Battalion of the 101st Airborne Division. He served for two and half years and was the recipient of the National Defense Service Medal, the Vietnam Service Medal, the Army Commendation Medal, and the Bronze Star Medal. He specialized in radar repair and held the rank of SP5.  He was always immensely proud of his service to his country.  Later in life, with the help of the VA, Walter finally started to talk about his experience in Vietnam, specifically the friends he made and lost and the bravery it took to survive in the jungle.

Walter started his career in law enforcement as a specialist on the Burlington Police Department in 1972. He eventually became a full time officer and served until his retirement at the age of 65.  He retired as a Lieutenant after over 40 years of service.  He continued working details until he reached the age limit of 70.   Being a police officer was the most important part of his life besides his family. If he had his choice, he would never have retired. He loved serving his community and the camaraderie he shared with his fellow officers.  Walter will be fondly remembered by the members of the Burlington Police Department, both active and retired.

Walter was the type of person who could never sit idle.  Work consumed much of his time.  When he wasn’t working he enjoyed tinkering around his home and trying and sometimes successfully doing some of his own repairs.  He enjoyed time spent near the water whether it was at the family cottage on Webster Lake in Franklin, NH, Manomet Beach in Plymouth or on the coast of Gloucester.  Walter enjoyed the simple things in life.  He loved animals.  He enjoyed watching the deer and other wildlife passing through his property.  In death, he is reunited with his precious pugs Faccia and Pugsley.  He enjoyed listening to the rain, especially a strong thunderstorm.  He also appreciated the rare moments when he could sit on his deck with a cocktail and reminiscence and tell stories with friends and family.  Walter cherished his grandchildren.  He would do anything to make them laugh and make them feel loved.

In a letter dated July 7th 1969, Walter wrote home to his family from Vietnam.  He signed off “Well I guess that’s about it for now.  Take care of yourself and be good.  I miss you and don’t worry about me.”  This is what he would say to his friends and family mourning his loss now.  He never wanted to burden anyone with anything. He would say be kind and be good because he will be alright.

Walter was the beloved husband of 47 years of Sandra (Walton) Bevis (formerly of Lexington). He was the loving father of Stephen Bevis, Jill Rourke & her husband William (Andover), Ashley Erikson & her husband Seth, and Tracey Marchese & her husband Stephen. He was the brother of Joyce Williams, the late Karen Witkus and Laura Berlandi. He was the proud grandfather of Emily & Dylan Rourke, Wes & Jake Erikson, and Ben & Abby Marchese.

Share Your Memory of
Walter
Upload Your Memory View All Memories
Be the first to upload a memory!
Share A Memory