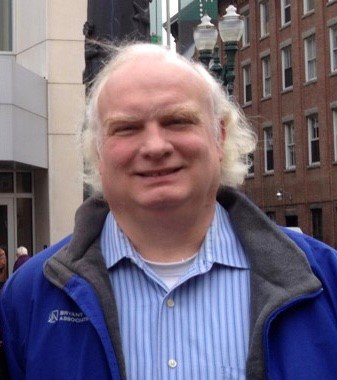 Clifton Timothy Jones, a lifelong resident of Burlington, passed away unexpectedly on Sunday, March 14, 2021, he was 62 years old.

Cliff was born in Southbridge, MA.  He was raised in Burlington and a 1976 graduate of Burlington High School.  After high school he went on to obtain his bachelor’s degree in civil engineering at Worcester Poly Tech.   Growing up in Burlington Cliff was surrounded by aunts, uncles, and cousins, all living near each other.  It was a great environment and neighborhood to grow up in.

Cliff had a long and distinguished career as a Civil Engineer.  With an analytic mind and problem-solving skills being an engineer was the perfect job for Cliff. He worked at Whitman-Howard, SCA Consulting and retired from Bryant Associates in Boston.  Cliff was so good at his job, even after he retired, his former co-workers would contact him and seek his advice.  Cliff enjoyed the simple things in life such as hiking the white mountains of New Hampshire.  He traveled a bit with one of his most memorable trips was when the entire Jones family visited the Grand Canyon.   Cliff had a compassionate and caring nature about him.   He always put the needs of his mom first.    Cliff will be remembered as an easy-going man who had a great sense of humor.

Cliff was the beloved son of Charlotte E. (Beck) and the late Ernest F. Jones of Burlington.  Loving brother of Sharon Jones of AZ, Karen Jones of AZ and Mark Jones of Nashua, NH.  Funeral Services were private.    In lieu of flowers memorials in Cliff’s name may be made to Shriners Hospital for Children, 51 Blossom St., Boston, MA 02114  www.shrinershospitalsforchildren.org

Share Your Memory of
Clifton
Upload Your Memory View All Memories
Be the first to upload a memory!