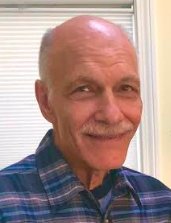 Gary Alan Miller, a Fellow of the Society of Actuaries, passed away after an extended illness on Monday, March 15, 2021.  He was 77 years old.  Gary was born in Boston.  He was the son of Leslie Leo Miller and Sylvia Roberta Miller.  He grew up in Revere and Marblehead and was a graduate of Marblehead High School.  He went onto earn his bachelor’s degree in Mathematics from Northeastern University.  He continued taking graduate classes that assisted him in his actuarial studies. His first position after college was with AVCO working in their space program. He continued his studies during those years and passed 10 exams to become part of the select few actuaries who become Fellows. He was a whiz with numbers and understood the algorithms and the logic that was associated with them. Actuaries are experts in measuring and managing risk to improve financial outcomes for individuals, organizations, and the public.

Gary and Bonnie met on a blind date in March 1970. Within 6 weeks they became engaged, and were married six weeks later. This past May Gary and Bonnie celebrated their 50th Wedding Anniversary.  Gary's  first position as an actuary was at Columbus Mutual in Columbus, Ohio. Gary and Bonnie missed New New England, friends, and sports and soon returned to the Boston area where he became an actuary with New England Life. He played softball with his company and bowled in a league with his friends.  He then went on to work at Pentad, which became Invesmart, which finally became Standard Retirement Services Inc. where he worked almost 40 years specializing in pensions. When he retired, he was asked soon after to consult with the company. He loved his profession and its challenges, so he continued working until the age of 74.

Gary was much more than a numbers person.  He was a wonderful husband and parent, a true friend, and loved sharing his time with those who he genuinely appreciated.  He was always a loyal New England sports fan.  He had season tickets to the Bruins during the Bobby Orr years.  He missed seeing sports history; Bobby Orr’s overtime goal against the St. Louis Blues in 1970 because it was his wedding weekend.  It was a choice that he never regretted.  Sunday afternoons were spent watching the Patriots with friends and family.  He shared his love of sports with his children and enjoyed taking them to games.  He coached youth baseball and soccer when his children were growing up.  He had close friends from childhood that were like an extended family.  The group came up with the idea of starting an investment club, called NEWMASS TMR.  NEWMASS stood for New Hampshire and Massachusetts where the friends all lived.  TMR stood for “Take the money and run”, an endeavor that was driven more by friendship than by money.  The club gave the friends and their families the opportunity to get together on a regular basis.  The profits from their investments were used to fund trips all over the world including Las Vegas, Alaska, Hawaii, Aruba, Paris, Prague, Budapest, Norway, and numerous other destinations. He could be the quiet one in the group, but he always kept everyone laughing with his dry sense of humor and his keen wit.  To his friends he was always kind and loyal.  To his family, he was a devoted spouse, a loving parent and grandparent a role model and great provider. Gary was truly a gifted man who was loved and will be missed by many.

Gary was the beloved husband of almost 51 years of Bonnie (Brock) Miller. He was the proud father of Mindy Tsonas & her husband Alex of Newburyport and Andy Miller of Billerica. He was the caring grandfather of Owen and Athen Tsonas. He was the dear brother of Laney Sweet & her husband Peter of Durham, NH.  Gary was also survived by many close relatives and friends.

Gary’s family respectfully invite you to attend the graveside service to be held at Pine Haven Cemetery, 84 Bedford St., Burlington on Saturday, March 20 at noon.

Share Your Memory of
Gary
Upload Your Memory View All Memories
Be the first to upload a memory!