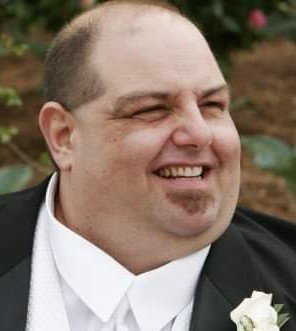 Get Directions
Friday
21
May

Get Directions
Friday
21
May

This link will take you to the live stream of the funeral mass.

The LINK (above) will bring you to our facebook page (sign-in is NOT required).  We apologive for the technical difficulties.  The mass was recorded and will be posted on our facebook page as soon as possilbe.

Frank L. Zaganjori, a devoted husband and father, passed away peacefully with his loving wife by his side at the Lahey Hospital & Medical Center on Thursday, May 13, 2021 he was 60 years old.

Frank was born in Boston. He was raised in East Cambridge and a 1978 graduate of Cambridge Rindge & Latin High School.   Frank had many interests and hobbies.  He loved Rock and Roll music. He was a huge fan of the band Balloon and travelled with them during his younger years.  He also enjoyed hanging out at Jaspers in Somerville to listen to music and spend time with friends.

Frank loved spending time in his family vacation home in Suissevale in Moultonborough New Hampshire all year long.  In the summer, he loved spending time at suissevale beach with his friends.  Frank loved bringing people together and was always the center of attention when he was hosting his famous homemade pizza parties.  In the winter he enjoyed ice fishing, snowmobiling and the occasional game ‘pond hockey’.  Suissevale was a very important part of Frank’s life where he made many, many dear friends that were like family to him.  Growing up on Warren Street in Cambridge, he and his family were actively involved in the annual Feast of Saints Cosmas and Damian (the patron saints of Gaeta Italy). The annual feast of the Saints Cosmas and Damian was a big part of his family's life which he would later share with his wife and daughter.     Frank worked in Technical Support for ABT associates in Cambridge for over 30 years and then worked for Parexell in Billerica until 2015

Frank’s life would change in a wonderful way in 2005 when he met Amy Barrell.  They had an instant connection and married in 2007.  In 2012 they were blessed with the birth of their daughter Grace Diana.    Frank was a doting and wonderful husband and father. There wasn’t anything he wouldn’t do for either of them. Frank was very handy around their home and loved having projects to do.  He was also a very good cook and loved to indulge Amy and Grace with his specialty meals and his amazing homemade pizza.  He had a wonderful sense of humor and people were drawn to him. He was one of a kind and He will be sorely missed.

Frank was the beloved husband of Amy E. (Barrell).  He was the loving and devoted father of Grace.  Son of the late David & Fermina Zaganjori.  Brother of Alex and his wife Senada of Burlington.  Uncle of Nadia & David.  Frank is also survived by many friends.   Visiting hours will be held at the Edward V Sullivan Funeral Home, 43 Winn St., Burlington on Thursday, May 20 from 5-7 p.m.  A Mass of Christian Burial will be held at St. Malachy Church in St. Veronica Parish, www.stveronicama.org on Friday, May 21 at 10 a.m.  Services will conclude with burial in Pine Haven Cemetery, Burlington.  In lieu of flowers memorials in Frank’s name may be made to Paws of Wakefield, 411 Lowell St., Wakefield, MA 01880 www. pawswakefield.rescuegroups.org

Share Your Memory of
Frank
Upload Your Memory View All Memories
Be the first to upload a memory!