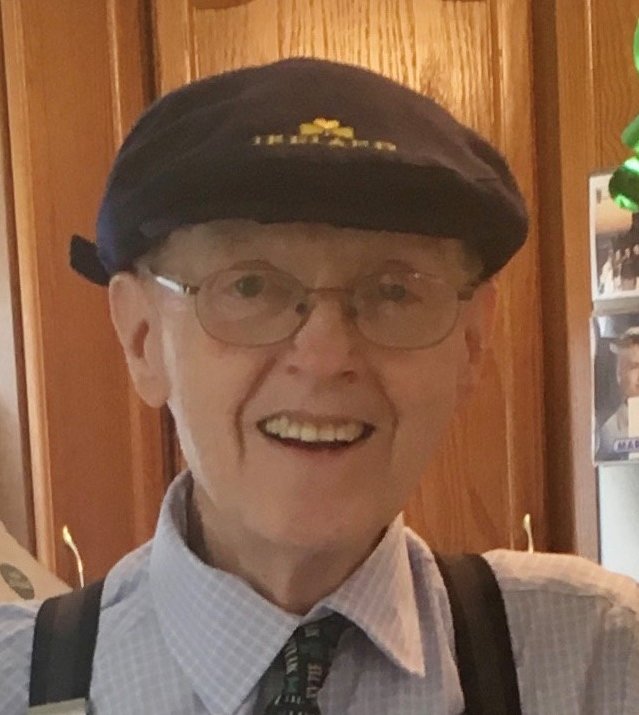 Get Directions
Wednesday
26
May

Click on this link to view the Funeral Mass on Wednesday, May 26 at 10 a.m.

John Christopher O’Callahan, Ph.D. PE, 82, of Burlington, MA beloved husband of the late Kathaleen O’Callahan, passed away from complications related to leukemia on May 19, 2021.

Dr. O’Callahan was born in Cambridge, MA, November 28, 1938.  He was a 1956 graduate of St. John’s High School. His parents, Humphrey O’Callahan and Mary Anne (Driscoll) O’Callahan emigrated from Cork and Timoleague, County Cork, Ireland.  Dr. O’Callahan and his family returned to Ireland through the years to visit family and reunite with cousins from across the globe.

Dr. O’Callahan, Professor Emeritus of Mechanical Engineering at UMASS Lowell, earned undergraduate (B.S.) and graduate degrees (M.S. and Ph.D.) in Mechanical Engineering and Computer Science from Northeastern University, where he was an instructor from 1961-1969.  In addition to teaching at Northeastern, he taught computer science at Tufts University before joining the faculty at UMASS Lowell in 1975.  In the late 1970’s, Dr. O’Callahan and G. Dudley Shepherd started The Modal Analysis and Controls Laboratory (now The Structural Dynamics and Acoustic Systems Laboratory/SDASL) at UMASS Lowell where they introduced early finite element and structural dynamic modeling tools and modal analysis techniques to address complicated structural dynamic problems.

Dr. O’Callahan developed numerous software packages for finite element analysis and modal analysis for use in structural analysis. Dr. O’Callahan authored several papers that were presented at International Modal Analysis Conferences (IMAC) and was recognized in 2005 by IMAC as a leader in the modal analysis community for his contributions to research and dissemination of ideas in the field; he was respected both nationally and internationally for his significant contributions to the research community.  Dr. O’Callahan also served as the Director of the Computer Aided Engineering Center and Assistant to the Provost for Technology Development prior to retiring from UMASS Lowell in 2003.

As an educator, Dr. O’Callahan was second to none. He taught with a passion that was invigorating and had the rare ability to take complicated engineering concepts and explain them in a detailed way to enlighten his students.  His dedication to his students and colleagues allowed them to grow and contribute to the engineering profession.

Dr. O’Callahan’s expertise and research on structural analysis led him to working with NASA, where he contributed to the design of the space shuttle doors.  He also worked with the Apollo program specifically on the effects of noise vibration on the structural integrity of spacecraft components.  He was also a member of the National Transportation Safety Board (NTSB) “Go Team,”- a select group of specialists who investigate major transportation accidents.  He also worked on safety issues with the Federal Aviation Administration (FAA).  Dr. O’Callahan served as a consultant to MIT’s Kavli Institute for Astrophysics and Space Research and with RPA Process Technologies, Nuclear Engineering International.  Professor O’Callahan served as a Second Lieutenant in the Army Reserves.

Dr. O’Callahan and his late wife of 50 years, Kathaleen, met while in the Cambridge Caballeros, an award winning drum and bugle corps.  The O’Callahan’s hosted their extended family and friends at their homes in Burlington and at Loon Mountain in Lincoln, NH.  Dr. and Mrs. O’Callahan were avid travelers and pinpointed their journeys on a very dotted world map. Their favorite dots on the map were Kauai, Hawaii and Las Vegas, Nevada.  In homage to his research and love of travel, Dr. O’Callahan logged many hours on his flight simulator, honing his flying skills and safely completing complicated and daring landings.  A man of faith and science, Dr. O’Callahan was a member of St. Barbara’s Catholic Church, Woburn.

In lieu of flowers, contributions in memory of Dr. O’Callahan may be made to The Dana-Farber Cancer Institute, 450 Brookline Avenue, Boston, MA  02215 at danafarber.jimmyfund.org/donations/cancer

Good Morning, Everyone.  My name is Patrick, and Uncle John was the loving husband to my mother’s sister, my Godmother, Kathaleen.

“John Christopher O’Callahan was born and raised in Cambridge, Massachusetts, my home turf.  His wife, Kathaleen, also was a Cambridge native. John, the son of Irish immigrants-Humphrey and Mary Anne O’Callahan- was the only boy and the youngest of six.  Sisters Margaret, Theresa, Eileen, Josephine and Frances kept the young troublemaker in line. John graduated from high school in 1956 and went on to Northeastern University where he earned his PhD in Mechanical Engineering.

John and Kathy met while in the Cambridge Caballeros, a drum and bugle corps.  John played the bugle and Kathy was in the color guard.  They married in 1960, and in 1965 moved to Burlington, where they raised their daughters- twins Kathaleen and Maureen, Janet, Paula and Cheryl.  For over 50 years, the O’Callahan family celebrated holidays, graduations and significant life events at 39 Eugene Road.

John, a Professor of Mechanical Engineering at UMASS Lowell for over 29 years, was an educator who lectured at the university and at home.  One particular concept John wanted his daughters to embrace was Pi:  that is Pi without an e. What is Pi? – Pi, approximately 3.14, is the ratio of the circumference to the diameter of a circle – the result is the same regardless of the size of the circle.

Pi pops up in math and in the natural world all around us. Pi is everywhere there is a circle: the disk of the sun, the spiral of the DNA helix, the pupil of an eye, in the ripples of waves, and the shapes of meandering rivers. Pi is omnipresent.  John spent hours explaining Pi to Kathaleen, Paula and Cheryl when each asked for the value of Pi to solve their homework. Three hours later, after the lecture on Pi, the homework was finished.  When Janet was studying engineering, John pointed out Einstein’s application of Pi to fluid dynamics and chaos theory, effectively bringing his Pi lectures full circle.

John’s fascination with numbers, like Pi and complex equations, is what explains his interest in blackjack. He believed he could beat the odds.  The probability of getting 21 and the combinations leading to 21 was also a teachable moment for John.  The regulation-size blackjack table he built in his home and color-coded cheat sheets gave people a glimpse into the mind of an analytical genius.

While we appreciated the blackjack cheat sheets, the Pi lectures and his overall love of numbers, when John was assigned to do an analysis by Major League Baseball on why baseball bats were breaking, or he talked about his involvement in designing the tiles and doors for the space shuttle, family and friends saw the tangible effects of John’s brilliance.

His education and training in Computer Science and aerodynamics was reflected in his love of flight simulation.  This was a passion he shared with me, starting when I was only a young boy.  One of my fondest memories is sitting with him as he showed me how to play a lunar landing simulation.  I’ll forever cherish the knowledge he shared with me about flying over the years.  John was interested in all aspects of flight and flying and innately understood the intricate interactions between the different systems of the plane.  To challenge himself, he would tweak the properties of the flight simulator software, manipulating the software’s source code directly, to improve functions like fuel consumption, drag response and wind speed.  John’s all-time favorite runway approach was Kai Tac International Airport in Hong Kong because it required aiming at a target and taking an abrupt left turn to land successfully. A skill one may wonder if he learned driving the streets of greater Boston.

John’s understanding of planes and flying ensured he chose the best airlines and flights for his and Kathaleen’s travels across the globe.  When Dr. O’Callahan brought his children, their spouses, a couple of mothers-in-law, grandchildren, great-grandchildren and cousins to the 2012 O’Callahan Family Reunion in Cork County, Ireland, all travelers arrived safe and sound, with an itinerary including visits to the Driscoll and O’Callahan homesteads where generations connected to each other and their heritage.

John’s analytical mind was tempered by a dry and playful sense of humor that surprised and delighted family and friends.  One tried and true method was to slip in a joke or witty comment about a person or situation that often went undetected until hours later.  As a consummate practical joker, John once climbed out of the bathroom window at Margaret and Alice’s cottage in Wells, only to be found back at the end of the line waiting to get in, when everyone started to wonder what was taking so long!

Loving husband, father, grand and great-grandfather, brother, uncle, professor, researcher, colleague, friend and Neighbor; John, like Pi, will be constant and omnipresent in our hearts.  And in this spirit, John’s sons-in-law, grand and great grandsons, and I are all wearing a tie from John’s collection.