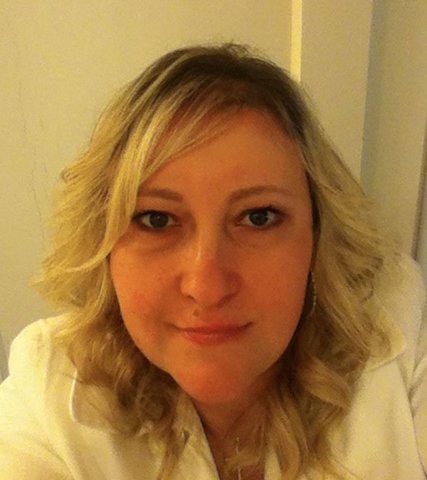 Get Directions
Saturday
29
May

Get Directions
Saturday
29
May

Click on this link for a live stream of the funeral mass.

Mirka Wisniewski, an internal auditor for the Federal Reserve, unexpectedly passed away at the age of 44 on Saturday, May 22, 2021.  She was the beloved wife of Stanley “Mark” Wisniewski, adoring mother of Stanley Mark “Stasiu” Wisniewski, III, loving daughter of Zbigniew and Zvzislwa Wlochal of Rancho Santa Margarita, CA, daughter-in-law of the late Stanley and Barbara Wisniewski, and godmother of Alex and Andrew “Andrzej”.

Mirka Wlochal (later Wisniewski) was born in Wroclaw, Poland.  Her family immigrated to the United States to Jersey City, NJ when she was a child. She lived in Jersey City, NJ for 5 years before moving to Rancho Santa Margarita, California.  Mirka was a graduate of Rancho Santa Margarita Catholic High School, then returned to the East Coast to attend Boston University where she earned a Liberal Arts Degree.  Mirka once again returned to California to earn her MBA from the University of California Irvine.  Mirka would eventually work for the Federal Reserve for 23 years. Her latest position was Internal Auditor. Mirka loved her career at the Federal Reserve, with its many challenges, and developing lasting friendships with her coworkers.

Mirka’s life revolved around her family.  Being an only child, and a daughter of immigrants with a small localized family, she knew how precious her family would be.  For many years, her family was just her mom and dad.  Her parents gave her a wonderful upbringing filled with experiences, opportunities, and a strong Catholic education.

Later on in her life, Mirka found a soulmate in her husband Mark and married in October 2013. They both had a daring side and loved to travel.  They traveled to her homeland in Poland, loved sightseeing, experiencing new cultures, and generally having fun together.  When Mirka & Mark are not having adventures, they enjoyed binge watching his favorite show, “Star Trek: The Next Generation”, and her favorite show “Friends”. Both of them loved to watch various crime detective shows and the Patriots together.

The couple eventually had a child, Stanley MarkWisniewski, III, who was known as Mark, or affectionately Stasiu. Mirka loved being a mom to her son.  His first steps, first words, first day of school, first amusement ride, and any other memorable moment were always memorable to his mom.  Mirka loved helping him with his homework, reading to him, and saying his nightly prayers with her.  She was the encouraging mom as Mark played soccer, hockey, skiing, enjoyed reading & drawing, and learned karate. Due to Mirka’s illness, she never took any moment for granted.

Mirka was a bit of a “Foody” as well.  She watched all the cooking and baking shows on television.  She loved to cook, bake, and was always trying new recipes.  Mirka loved trying new restaurants and different types of cuisines especially from Iron Chefs. When Mirka is not indulging in a meal, she enjoys reading books, especially cook books and crime novels.

Mirka had a strong spiritual presence and of Catholic faith. She was an active parishioner at St. Charles Church. She participated in services with her family.

Mirka had suffered from kidney disease for so many years.  Despite her condition, Mirka did not allow her illness from preventing her to fully experience the countless blessings the Lord had given her and to her family.  Every day, moment, and smile were gifts that she cherished.  Mirka will be greatly missed, but not forgotten, forever in the thoughts of her family and friends.

Visiting hours will be held at the Edward V. Sullivan Funeral Home, 43 Winn St., Burlington, MA on Friday, May 28th from 5-8 p.m. Funeral procession from the Sullivan Funeral Home on Saturday, May 29th at 9 a.m. Followed by a Mass of Christian Burial at St. Charles Catholic Church, 280 Main Street, Woburn, MA at 10 a.m. Services will conclude with a burial at Lakeside Cemetery in Wakefield, MA.  Memorials in Mirka’s name may be made to the Stanley Mark Wisniewski III Scholarship GoFundMe fund, https://gofund.me/4663d50b

Share Your Memory of
Mirka
Upload Your Memory View All Memories
Be the first to upload a memory!