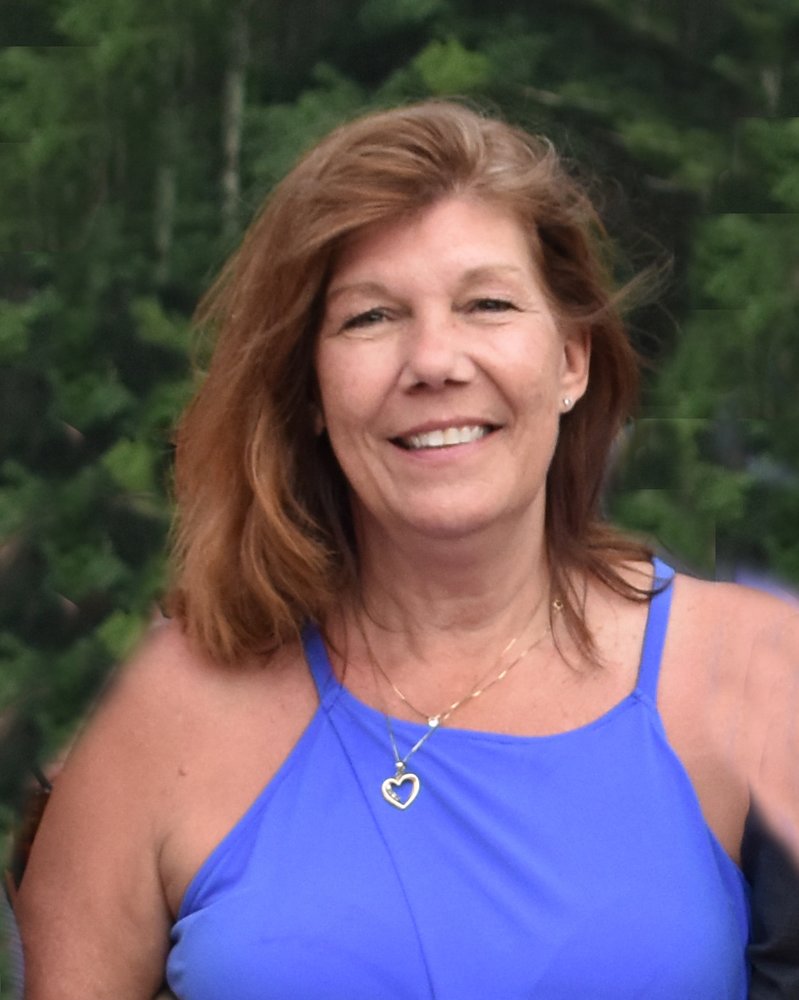 Karen Ann Ayer, a beacon of love and joy, passed suddenly on Tuesday night, June 1, 2021.  She was 60 years old.  Karen was born in Sommerville, one of four children to James and Joan Arsenault.  When she was a child, she and her family lived in Chelsea and when she was twelve, the family moved to Billerica.  During her high school years, she worked at Mug and Muffin, which she always said was her favorite job. After graduating from Billerica High School, she took a data entry position at Epsilon. During her career at Epsilon, she worked in several positions, eventually earning the position of Senior Data Base Developer. During her 43 years at Epsilon, Karen was a dedicated, valued employee.

Karen lit up the world with love, humor, and kindness, and wanted everyone to be happy. She was welcoming, inclusive, and could make anyone laugh. People could not help but gravitate to Karen, as she made everyone she encountered feel special and appreciated. Karen treated her children’s friends, and her nieces and nephews, like her own children, and each and every one of them referred to her as their second mother.  Karen loved to cook and entertain, and her home was where her friends, family, neighbors, and the occasional stranger gathered – the door was always open. Karen and her family were huge Patriots fans, and Sundays during the football season were spent watching the games as a family. Karen loved to make others laugh whether it was dancing poolside, telling stories or bad jokes.

Karen was never one to sit idle.  When she was not entertaining, she refinished furniture, did crafts, and went to Bingo with her family. Karen loved spending time with her sisters and cousins, singing her favorite Karaoke song “Build Me Up Butter Cup”.  She had a lucky side to her, way too often winning raffles and drawings at the many events she attended.  She was always present at her boys sporting and school events, cheering them on, while serving on their school PTOs and serving as a den mother for Cub Scouts. Karen took immense pride in her home and garden. She dedicated hours every holiday decorating her home inside and out, and took great pride in the landscaping she poured hours of work into at the change of every season. Karen loved summer vacations spent on the beaches of North Hampton, NH.

Karen was the beloved wife of Thomas H. Ayer for 38 years.  They met at an Epsilon event held at the 99 Restaurant in Billerica.  They were married in 1983 and settled in Burlington in 1992.  She was the beloved daughter of the late James and Joan Arseneault. She was the loving mother of Frankie & his wife Jess of Woburn, Tommy & his wife Ashley of Stoneham, Kenny of Burlington, and the late Danny Ayer.  Karen was the loving sister of James Arseneault & his wife Cheryl of Amherst, NH, Linda Peterson & her husband Joseph of Merrimack, NH, and the late Audrey LaRosa.  Karen was the proud grandmother or “Ammie” of Elaina Ayer whom she adored, and spent hours playing babies with, watching for green cars, and cooking ice soup. She was proud to be the honorary grandmother or “Kiki” to Maddie and Nathaniel LaRosa, and Luca Versari. Karen is also survived by many nieces, nephews, in-laws, cousins, and friends. Her greatest pride in life was having a home that served as gathering place for her family, that was filled with laughter and love for all.

Karen will be always remembered for her kindness, warm and welcoming personality, great laugh and smile. Her sudden passing has left her family and friends heartbroken.  The only consolation is that she is now reunited in heaven her son Danny, her best friend and sister, Audrey, and her parents James and Joan.  Karen was the glue and the spirit of her family and everyone shined when they were around her.

Visiting hours will be held at the Edward V. Sullivan Funeral Home, 43 Winn St., Burlington on Friday, June 4 from 4-8 p.m. Funeral from the Sullivan Funeral Home on Saturday, June 5 at 9 a.m. Followed by a Mass of Christian Burial in St. Margaret Church in St. Veronica Parish, www.stveronicama.org, 111 Winn St., Burlington at 10 a.m. Services will conclude with a burial in Chestnut Hill Cemetery, Burlington. Memorials in Karen’s name may be made to People Helping People, P.O. Box 343, Burlington, MA 01803. For obituary, online guestbook, directions and video tribute see www.sullivanfuneralhome.net

Share Your Memory of
Karen
Upload Your Memory View All Memories
Be the first to upload a memory!