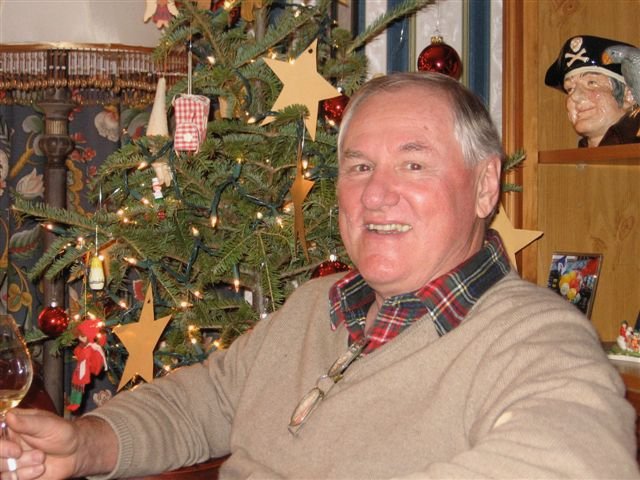 Konrad Karl Benz, a retired design engineer at Lucent Technologies passed away on Wednesday night, July 7, 2021 at home surrounded by loving family after a four-year battle with cancer.  He was 79 years old. Konrad was born in Altstatten, St. Gallen, Switzerland.  He was one of four children born to Karl and Mathilda Benz.  He was a graduate of the University of Zurich where he studied engineering and then afterwards served in the Swiss military.  He immigrated to the United States in 1969 and settled in Burlington in 1975.  At Lucent, he specialized in microwave technology used in defense radar systems.  He was a member of the Institute of Electrical and Electronic Engineers.  Konrad was extremely clever, handy and resourceful, always fixing and upgrading home projects.

Konrad was a Swiss version of Julia Child.  He loved culinary arts, from making his detailed grocery lists to the plating of his exquisite meals.  The kitchen was his favorite room in the house and along with skiing, and taking a jacuzzi, his passion was preparing foods for others to enjoy.

Konrad was blessed to meet and marry his wife Ann Canavan.  At that time, he also became a stepfather to 5, a grandfather and later a great grandfather. He took pride in his new family and cherished poolside gatherings, especially midnight spaghetti.  Konrad and Ann shared a love of hiking, skiing, biking, and travelling. He returned to Switzerland almost every year to visit family and friends, as well as skiing and hiking the Swiss Alps.  Konrad loved to host his family and friends from Switzerland and showed them all around Boston, Cape Cod, New York and New Hampshire, introducing them to boiled lobster dinners.  He continued to cheer on his Swiss teams in the Olympics, tennis and football (soccer).  Every year on August 1st, Switzerland Independence Day, Konrad would host a huge party in his backyard around his pool for his family and friends.  Konrad embraced life, loved being part of a family, brought a little bit of Switzerland to Burlington, and was truly a special man who was loved by his family and friends.  Konrad had an inquisitive mind and never stopped learning.  He was an avid reader, a member of the Friends of the Burlington Public Library, and regularly took classes on topics that appealed to him. Once diagnosed with cancer, he was extremely involved in his medical care and researched medications, side effects and available options and was always prepared with a list of questions for his doctors.

Konrad was the beloved husband of Ann (Sheehan) Canavan. He was the stepfather of Mary Boudreau & her husband John of Norwood, Ann Marie Canavan, John Canavan & his wife Christine, Teresa Canavan, and Paul Canavan & his wife Joanne all of West Roxbury. He was the brother of the late Gertrude Benz-Rohner, Joseph and Ernst Benz.  Konrad was also survived by 13 grandchildren and 4 great grandchildren and many nieces and nephews.

A Mass of Christian Burial will be celebrated at St. Malachy Church in St. Veronica Parish, www.stveronicame.org , 99 Bedford St., Burlington on Friday, July 16 at 10 a.m.  In lieu of flowers, memorials in Konrad’s name may be made to Care Dimensions, 75 Sylvan St., Suite B-102, Danvers, MA 01923. For online guestbook, obituary, and video tribute see www.sullivanfuneralhome.net.  Arrangements by the Edward V. Sullivan Funeral Home, Burlington.

Share Your Memory of
Konrad
Upload Your Memory View All Memories
Be the first to upload a memory!
Share A Memory